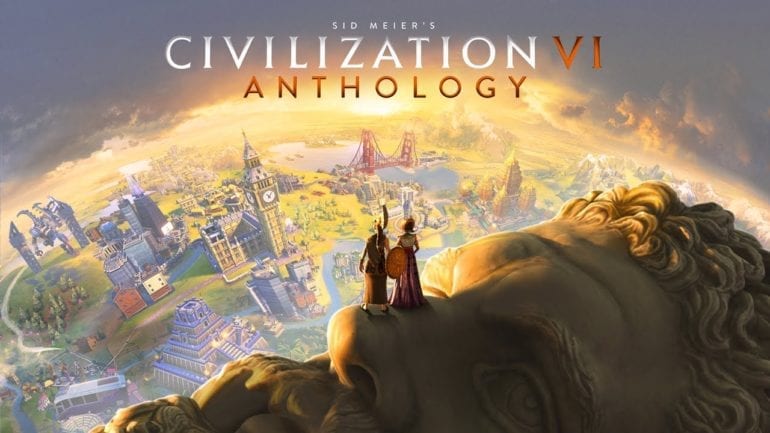 This is now the most complete collection of Civ6 to date and will be available on PC via Steam and Epic Games Store starting today. This is the ultimate entry point for gamers new to the greatest strategy series of all time. It includes by base game, six DLC packs, The Rise and Fall and Gather Storm expansions, and the full New Frontier Pass.

See the marvels of your empire spread across the map like never before. Cities are now living things, occupying multiple tiles on the map as they grow.

Interactions with other civilizations change over the course of the game, from primitive first interactions where conflict is a fact of life, to late-game alliances and complex negotiations.

As your civilization ebbs and flows, and you reach milestone Historic Moments, you will move towards Dark Ages or Golden Ages, with challenges or bonuses to match.

Shape the earth itself by building canals, dams, tunnels and railroads. When settling cities, consider the flood risk to coastal lowland areas, but keep in mind that in the late-game, new technologies like Flood Barriers can be used to protect these tiles.

Volcanoes, storms (blizzards, sandstorms, tornados, hurricanes), floods, and droughts bring the world to life like never before. Your settlement choices are more important than ever as you balance high risks with high rewards.

Recruit, appoint, and upgrade powerful characters with unique specialization bonuses and promotion trees to customize your cities, and reinforce Loyalty.

A new era has been added to the Technology and Civics trees. Combat new environmental effects with speculative ideas such as relocating your population out to seasteads and developing technologies to recapture carbon emissions.

Cities now have Loyalty to your empire – let it fall too low, and face rebel units and a potential declaration of independence. But one civilization’s loss can be your gain – attract new cities to peacefully join your empire by inspiring Loyalty among your rivals.