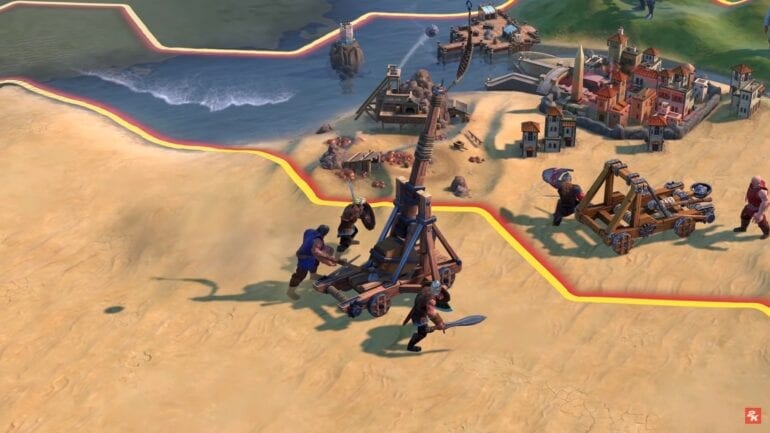 The upcoming update will be released on April 22 and it will come with new additions to the game. It will introduce new maps, units, and a lot of improvements for old civilizations.

There will be two new True Start maps with the upcoming update, which will be added to the Mediterranean and Huge maps. It will come with three new units as well that can be recruited for all civilizations, which are Line Infantry, Man-At-Arms, and the Trebuchet.

With the addition of new units, Firaxis has made sure to adjust the others to balance it all out. The AI has been improved, which will make them use the naval units better this time around. This will make it more interesting to play as naval travel will be riskier than ever.

The final free game update is part of the New Frontier Pass development roadmap. It will be available for all players on April 22.