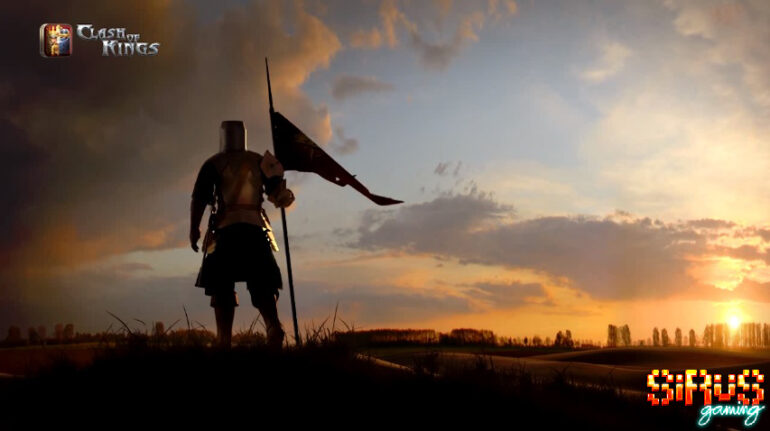 Yet another strategy game making some waves in the mobile gaming field. Clash of Kings is a real-time empire-building war strategy game developed by Elex Wireless for Android and Apple mobile systems. The premise of the game is to be a king, build and expand a kingdom under your rule, and defend it from invasions of the neighboring kingdoms.

Players start off with an already built castle with a measly wall, a small amount of fortune to get things going, and some empty plots to build defense structures and resource generating spots. The gameplay is pretty straightforward; gather resources to be used as materials to make other structures, upgrade said structures, train and rally troops to besiege other kingdoms and defend your own, gather, upgrade, train, defend, expand, repeat. The game functions and controls are easy to pick-up and the tutorial is easy enough. (It took me a while to notice that I was already out of the tutorial and what seems to be the tasks given are just suggested tips on what to do next.) 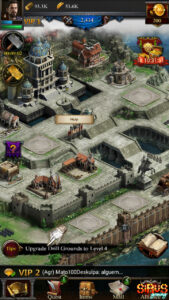 Clash of Kings also has a PvP feature wherein warring kingdoms can wage battles against each other in real-time. Players also have the option to seek out allies among the other players to be able to gain advantage against an enemy kingdom. Alliances can either focus on territorial domination or just waging wars with their enemies for competition or fun.

The visuals are nicely detailed enough to give its players the feeling of playing in a medieval fantasy world. The graphics, although not that high, are smooth and runs good on an average smartphone. The background sounds are also great. The sound quality, however, is not. There is a noticeable fuzziness with the sounds like they’re played from a low bitrate radio.

As with any other time-gated games, players have to wait for the upgrades to finish before starting with a new one or they have the option to spend on temporary boosts with real cash. As a beginner, you can only do one upgrade at a time and by spending premium credits, you can raise it to two or more. The premium credits tend to be a bit more expensive as compared to the other games’ when factoring in how much it costs and how much boost it will give with the gameplay. It’s free-to-play game that would easily turn into a pay-to-win one. 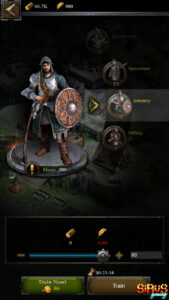 The thing with Clash of Kings is that it doesn’t have any other feature that sets it out among the other empire-building strategy games that are also in the same market. With so many similar games just with different name iterations, I still had to check if I was playing the correct game or not. It’s basically a re-wrap of the game next page. It does have several comprehensive tech trees for the different aspects of your kingdom which is nice. And if you are a fan of field battles, you may fancy the bird’s-eye-view of a scene of an ongoing battle.

Clash of Kings is recommended for those who like building and managing empires and bases and those who take advantage of the time-gate by playing similar games simultaneously. Not really for people who like fast-paced action and for those who do not like waiting. Clash of Kings is one structured strategy game but it lacks feature that would define it different from the rest of the games in the same genre.

Clash of Kings is available on iOS and Andoid devices.

This review is based off a copy acquired by the reviewer.