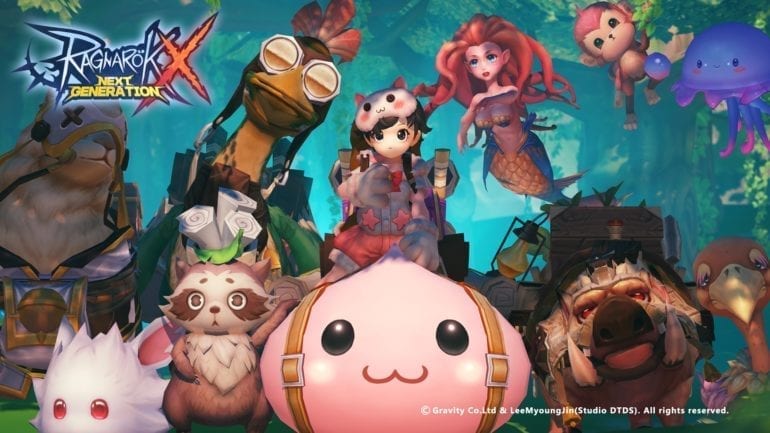 Nuverse has finally shared that it will start its Closed Beta Test for their upcoming Ragnarok X: Next Generation, also known as ‘ROX’, in the Southeast Asia region – Thailand, Indonesia, Malaysia, Singapore, and the Philippines – today until May 8 on mobile.

The pre-registration is already up as of today and players can also pre-register for the official version.

Popular for Filipinos, the original Ragnarok Online paved way for the massive multiplayer online (MMO) genre in the country. Countless MMOs came with the likes of RF Online, Cabal Online, and Flyff surfaced.

MMO games were the biggest hit amongst Filipino gamers, spending their allowances just to buy the game’s prepaid cards and seeing most of them in internet cafes for hours and hours just to level their characters.

In this newest release of Ragnarok, it reimagines Midgard now rendered beautifully in 3D with next-generation gameplay, the original classes (the Swordsman, Thief, Acolyte, Mage, Archer, and Merchant) from the first Ragnarok game, demons, and much more.

Moreover, the game also sports a host of new features that make it a fresh, new
journey for players. Ragnarok X: Next Generation leverages 3D modeling to build a
fully realistic world – a visual feast for players! The stories in ROX have been
refreshed as well, and through over 100 side quests and over 40 real-time rendered
animations, players can delve deeper into the lore of ROX.

Ragnarok X: Next Generation also offers an in-depth experience during adventures in
its world. With the updated Unity 3D engine, twin-joystick control scheme, and 2.5D.

Players in SEA countries can already pre-register for Ragnarok X: Next Generation on the
game’s pre-registration website — click here.

As the number of registrations grows, players will be given a variety of unique virtual rewards like the title of ‘Next Generation’, a Campus Festival Backpack, and a Hamster Mount (for 30 days). When you participate in the Vending Machine event on the pre-registration page and complete about 100 draws, you can unlock the Elephant Mount. Cool isn’t it?

Ragnarok X: Next Generation is coming out on mobile soon.