He's back and he's clueless than ever! 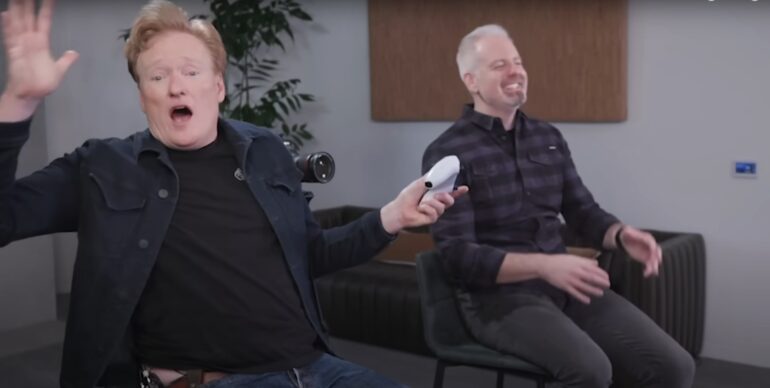 Popular TV host Conan O’Brien has recently announced that he will be bringing back his popular web series Clueless Gamer.

After his departure from the TV Show Conan, O’Brien hosted a podcast called Conan O’Brien Needs a Friend where he would talk to various guests. He also appeared on other podcasts particularly gaming-focused ones to discuss his opinions on recently released games and even stated his desire to review games like Among Us. That seems to have given him a trigger and his staff, Team Coco, to revive his hilarious game review web series, Clueless Gamer.

The return of Clueless Gamer was announced late last week and revealed that there are already two game reviews being worked on. The host will be reviewing developer FuturLab’s PowerWash Simulator and Asobo Studio’s video game A Plague Tale Requiem. It was also revealed that these games will be played via a Samsung TV, which means the games will be played on the Xbox Cloud Gaming on the device. Expect hilarious jokes in between the gameplay and review videos.

Just like in the past Clueless Gamer videos, Conan’s partner in the reviews will be coming back, Aaron Bleyaert. Aaron will play the know-it-all of the comedic duo, who will be guiding Conan during the reviews. Aaron will be trying really hard to help out Conan while doing a playthrough, which is filled with hilarious skits.

No specific date yet on when the web series will be coming back but based on the video, it could be soon.