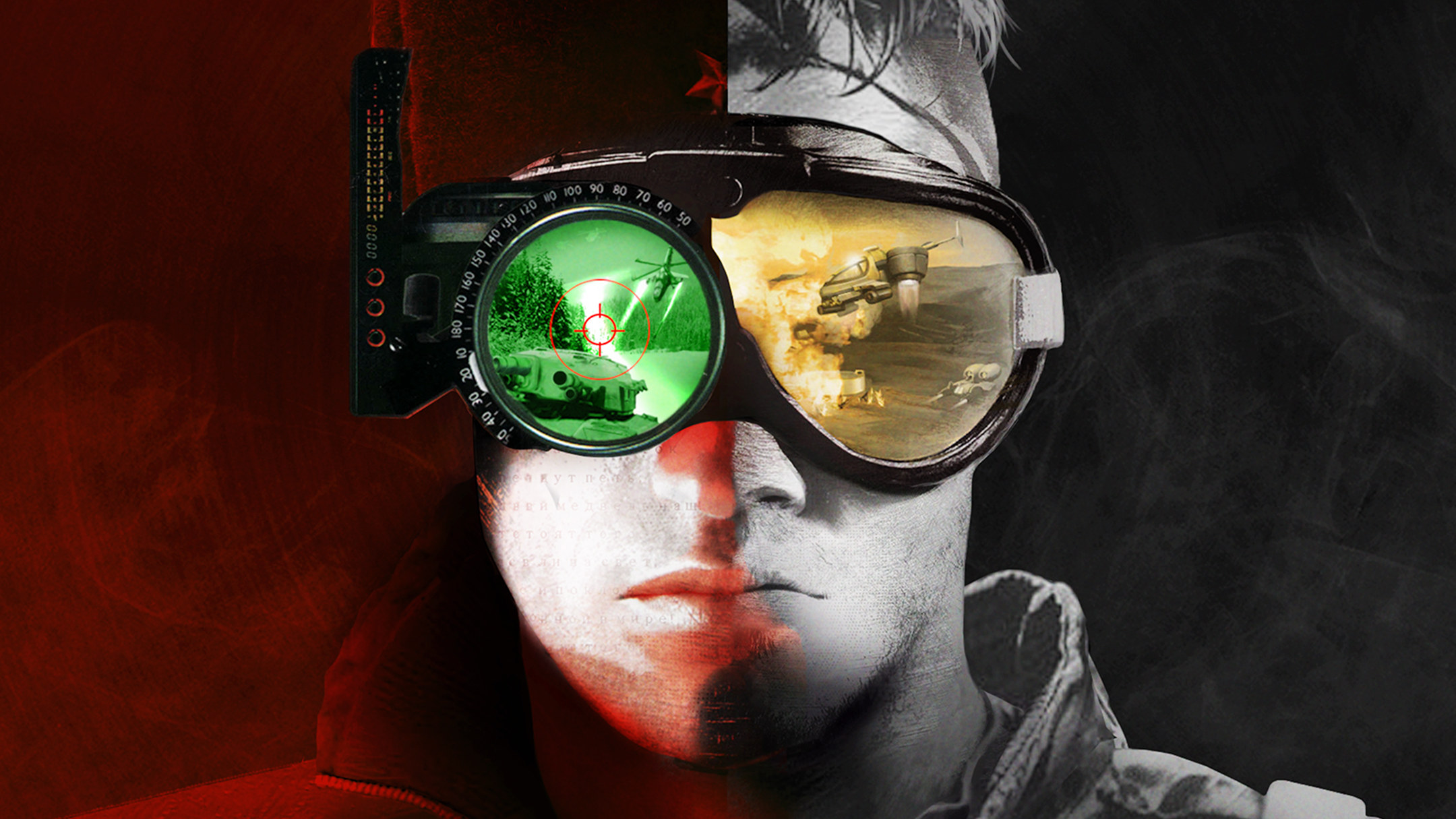 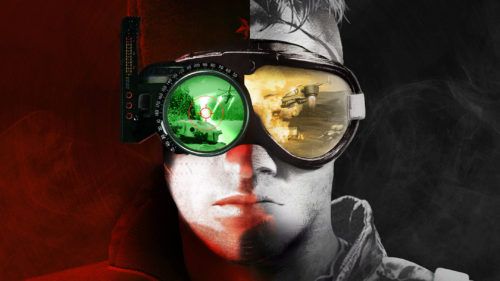 There are very titles as iconic as the Command & Conquer series in the realm of strategy games. The games themselves leave a lasting memory of non-stop action and memorable storylines. Additionally, the original game introduced 2 critical icons that future games would build around – Tiberium and the mysterious figure, Kane. But be that as it may, do the original two games in the series hold up against modern RPG standards? Let’s find out.

The Command & Conquer Remastered Collection includes the first two games in the series – Tiberium Dawn and Red Alert. Tiberium Dawn pits the GDI versus the terrorist organization, the Brotherhood of Nod as the world slowly succumbs to the growth of Tiberium crystals. In Red Alert, Albert Einstein’s time travels back to the past and removes Hitler from history. His actions result in an alternate timeline where the Allies and Soviets are in conflict for control over the world.

Being a real time strategy game, the player’s objective is to overwhelm their opponent through force of arms. In many cases, they will need to maintain a strong economy while producing a standing force capable of countering the enemy’s army. Scouting plays a major part in any RTS but it’s far more important in skirmishes or in online play against other players. In the campaign, it’s almost always likely that the enemy A.I. will use all possible units they have at their disposal. When it comes to online matches, one might see all-tank compositions with a few infantry thrown in the mix. Though match rules are very flexible, the default is always the same – one mobile command center and a handful of starter units.

The MCV is the heart of the base. Lose it, and you’ll no longer be able to produce any new structures. Its safety is crucial to achieving victory. So, finding the right spot to place it could very mean decide the outcome of the match.

Once the player finds a suitable spot to set up their command center, they are able to construct a base. The first order of business is to build enough power plants to supply energy to the base. If the supply cannot keep up with the demand, the base will lose power. A power shortage will not affect the base’s ability to train and produce units. However, defensive structures like AA guns and the radar dome will go offline.

The tech tree the player decides is dependent on the structure they have. For instance, the Service Depot does not become available until the player builds a War Factory. This also extends to other buildings within the same tech level. The barracks, despite being on the same level as the War Factory, is able to train field mechanics. However, in order to unlock them, the player must first construct a Service Depot. The logic applies to all sorts of combinations. It’s up to the player to figure out what combination unlocks which units. (Also, do note that Campaign tech trees differ from ladder tech trees. Online matches include units only found in the Aftermath expansion of the game.)

When it comes to direct control over field units, it would depend on the player’s playstyle. Some players may opt to focus entirely on the macro aspect of the match and outspend their opponent. This usually involves throwing unit after unit into the fray with the hopes of outlasting their opponent. This will require a strong economy and an emphasis on defense.

The other method involves heavy micro. What I mean is that the player directs groups of units to focus down on specific units and pulling them out when they take too much damage. This more active style of combat emphasizes focus on battle groups within the battlefield. With the way units perceive distance, however, micro is quite the challenge. It’s not surprising for infantry to wrap around the entire group before a firing shot. The problem lies in the fact that they could very well be dead way before getting into position. The same also applies to tanks. They don’t always go where you want them to go. In the game’s defense, concepts we take for granted now have not been fully realized back in the day. Besides, it’s more unique this way.

Both methods are valid ways of controlling armies. In fact, a balance of both micro and macro is a must-have for good players overall. The classic controls, however, may be a little off-putting to newer players. Thankfully, there is the option to switch it up for more modern controls. The difference becomes painfully obvious for anyone who’s used to moving units around with right click and having build queues.

One of the quirks of those older games is the fact that the player may construct buildings in close proximity to other structures. The player is not allowed to build wherever they please at the get-go. A quick and dirty way around this is to create another MCV and send it out to another location. That somehow extends your area of control. Obviously, it is quite an investment. The same resources that allow this expansion is also what denies the player from having an army to defend themselves with.

The improved graphics are hands-down, amazing. Pressing the spacebar allows the player to switch between legacy graphics and remastered ones. The difference is quite shocking. It’s not quite on the level of an outright remake. But the sprites are undeniably as good as it’s going to get. The improvements to the UI, as well as other additions, are greatly appreciated. On a final note on the visuals, the amount of work put into enhancing the FMVs for widescreen is also equally amazing. Now we are able to appreciate the acting while trying to hide our smirks at how cheesy some of these lines are. That’s the 90’s for you.

To feel a greater appreciation for the audio work that’s been put into the game, I’d advise the player to switch to legacy audio for a while. And let me tell you now, the difference is noticeable. The remastered audio is just so much more cleaner and there is no competition between the background music and the various sound effects. Personally speaking now, the addition of the jukebox is one of the best decisions to ever have for the game. It’s up there alongside the game’s code being sent out for free so modders can play around with it.

Not a moment goes by that I’m any less grateful that I can listen to some of my favorites from Tiberium Dawn like No Mercy and Act on Instinct playing on full volume during a match on Red Alert.

Now just as much as I love the game in its entirety, I do have some minor issues with it. For starters, the RNG is all over the place. This is especially true in Campaign missions. When playing the final mission of the Allied Campaign, there is a 50/50 chance that your team could be killed within the first seconds of the game. There are also some infiltration missions that involve only infantry. It only takes one wrong turn for a guard dog to fully decimate your team. Many save files were wasted on the infiltration missions.

For some reason the U.I. flickers when trying to fix units with the Service Center. It mostly jumps between two points and it gets rather annoying. Another annoying thing that continuously pops up every so often is the fact that the preferences revert back to classic mode. I can be building up a force and suddenly get the message that it refuses to queue up another unit. A quick trip to the options menu, and a flip to the classic setting then back to the modern setting fixes everything up.

The quality of online matches is almost as good as playing a skirmish with A.I. With the handful of matches we have under our belts, the experience is varying. During the very early days of this review, the games were kind of weird. There is a distinct feeling of a host advantage. But the games did not outright end for whatever reason. The matches end well enough.

I have to say, as remasters go, this one takes the cake. This remaster has its fans’ interests at heart. The amount of dedication put into this game goes above and beyond what’s necessary for remasters these days. I’m really enjoying my time in the Remastered Collection. It’s given me a greater appreciation for the franchise in ways I never expected. Beyond everything gameplay related, I get to experience the campaign that introduces the villain I love to hate, Kane. Joseph D. Kucan’s performance never disappoints. This rings especially true during moments when Kane would directly mock me, as the commander. Having to go up against Kane is a big reason why I chose to play the GDI side every single time.

I know that this is not a perfect remaster. In fact, there are some issues that need addressing. But that’ll happen once the community gets their hands on this gem of a collection. With some of the things the developers have in store for the community, it is only the beginning of very good times. As for my recommendation, you don’t need to have a history with Command & Conquer to appreciate the work’s been done here. Having previous experience surely helps, but it’s like a fresh new start for the game and the potential games that will follow.

Give this game a try. If you’re here for the nostalgia or wanting to try something different. This game certainly fits the bill. With dozens of Campaign missions and the near-infinite possibilities that the modding community can create, there’s a lot to experience with this one collection. Or you can just lie down and listen to the killer soundtrack found in the jukebox. The decision’s all yours, Commander.

Command & Conquer: Remastered Collection – Review
Score Definition
When the issues of a game are rolled and stomped by its greatness, then it’s something to invest on if you have some spare.
Pros
Remastered soundtracks
Upscaled FMV's
Improved graphics
Custom playlists from the jukebox
The option to switch between legacy and modern controls
A lot of new features and quality of life changes
Cons
The pathfinding is sometimes wonky
The RNG is all over the place (especially in campaign missions)
Large numbers of units on screen result in the game jumping frames
The UI sometimes cannot define which tile the player is trying to use
Some preferences like unit queues suddenly reverting to classic mode
8.5
Great