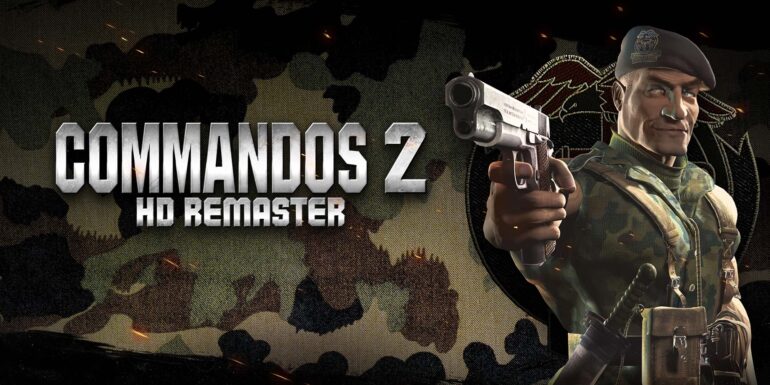 Game publisher Kalypso Media has recently announced that the HD remaster of celebrated strategy pioneer Commandos 2 will be launching on the Nintendo Switch next month.

The HD remastered game will be coming to the Nintendo Switch this coming December 4. A new trailer has been revealed featuring its visual improvements coming to the Switch console for the first time.

The game will feature full high-definition refurbishment of its predecessor. It will add revamped tutorials, campaign missions, and optimized support for the Nintendo Switch Joy-Con and Pro Controller.

Commandos 2 – HD Remaster is a true homage to one of gaming’s most celebrated masterpieces. Originally developed by the legendary Pyro Studios, relive the real-time tactics masterpiece that defined the genre like no other for the first time on Nintendo Switch™.

Take control of an elite group of Allied commandos who must venture deep into enemy territory and utilize their combined expertise to complete a series of progressively demanding missions. In this World War II genre-defining classic, explore interactive environments and use unique skill sets to complete missions against seemingly impossible odds.

Features
• Experience the Commandos series in HD for the first time on Nintendo Switch™
• Every tutorial and campaign mission revamped with reworked controls and modernised UI
• Access authentic WWII vehicles, scenarios and weaponry such as tanks and bazookas
• 10 missions spanning 9 day/night environments, all with realistic weather effects
• Steal, climb and swim to accomplish missions within fully interactive environments
• Play as an eclectic cast of characters, including Green Beret, Sniper and Whiskey the dog
• Experiment with skills and approaches in challenging, against-the-odds style gameplay