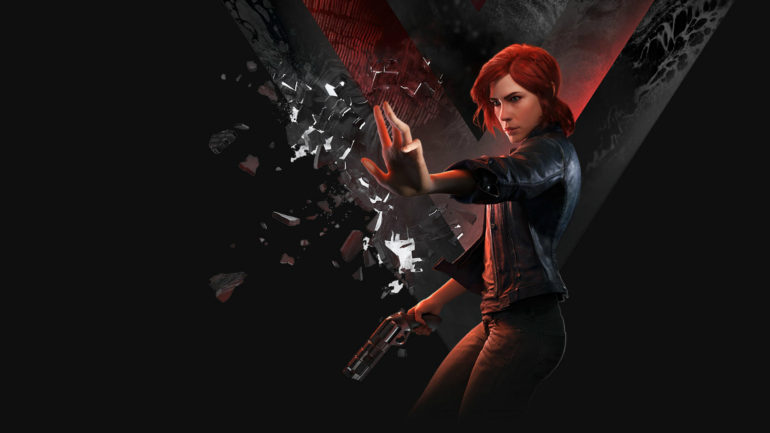 The Federal Bureau of Control is a secret government agency that contains and studies objects and events that break the rules of our reality. Their headquarters is a building known only as the Oldest House.  Knowing only those things, Jesse Faden plans to rescue her brother from the Bureau. An inside voice assures her that her brother is being kept there, and that’s all the information she needs.

Control is a third-person action-adventure game set in the confines of the Oldest House. Players take control of Jesse Faden as she searches for her long lost brother, Dylan Faden. Normally, Jesse would have had to make her way through an army of agents. But an incident within the bureau forces the location to go on Lockdown. An aggressive and hostile species, called the Hiss, is threatening to invade our plane of existence. Jesse and the surviving members of the bureau must reclaim as much as of the Oldest House as possible in order to push back the Hiss out of our dimension.

The game handles like most adventure games. With the notable exception of cover mechanics. The face buttons, as well as the shoulder buttons, activate abilities. L3 and R3 are for running and crouching, respectively. Pressing up on the D-pad brings up the map and all notable locations on a certain floor. Each floor has Control points that the player must claim in order to stop the encroachment of the Hiss. Control points also serve as fast travel points that aid the player with the various side missions that agents may have for them.

The vast majority of the game involves fighting Hiss monsters. To do this, the player utilizes a mysterious object called the Service Weapon. In the hands of Jesse, the Service Weapon functions as a handgun. The weapon itself does not hold any ammo. Instead, a cooldown occurs every time it is fired. Defeating enemies results in random drops like mods and materials. Materials in particular, is needed to make the different versions of the Service Weapon. Do note that Jesse can only swap between 2 gun constructs at a time. Though the player can choose to equip any of them at a press of the bar button.

There are 4 other forms for the gun, each granting a favorable engagement in the right circumstances. Shatter, for instance, turns the weapon into a portable shotgun capable of stunning groups of enemies at short range. That is in direct contrast to the Pierce configuration, which is a powerful long-range weapon with considerable charge up-time. Spin is a rapid-fire weapon akin to an SMG. Virtually useless in long-range, it makes up for it by having the highest DPS in close range fights. Lastly, the Charge configuration launches explosive rods toward enemies – just don’t get too close when the explosives go off.

All weapons are effective in putting down enemies unless those enemies are protected by shields. Shielded enemies do not get knocked down and shooting a shield off is far too costly in a firefight. This is where Abilities come into play.

Abilities are special powers granted to Jesse after she “deals” with Altered Items. The specifics aren’t important for now, but just know that they are objects that defy the natural order of things. And only Jesse is capable of interacting with them to a point that the object “settles down” in her presence. One of the powers she gets early on is Launch, which is another word for Telekinesis. Using Launch, Jesse can deal with a large amount of shield damage. With the shields broken, she can proceed to kill the Hiss with regular shots. Finding a balance between using powers and mastering gunplay is the fastest way to get the most out of Control.

Of course, not all powers are used offensively. With enough interactions, Jesse can have the ability to evade in bursts, use the very environment as a shield against incoming attacks, and mind control weakened enemies. Though the best use of her powers has got to be the ability to levitate. Levitation allows the player to float around the battle, shooting and launching debris at the enemy. Outside of combat, levitate is used to reach places that go far beyond regular traversal means.

If it’s not already obvious at this point, the player is limited to the amount of options they have in dealing with threats. But that is not, in any way, a knock on the game’s gameplay. In fact, having all the moves limited to just these options really emphasizes the impact of each of the moves. The game really insists that the player stay as mobile as possible. Almost all enemy attacks force Jesse out of cover in one way or another. This kind of gameplay is further enforced by not having any other source of healing other than collecting shards that enemies leave behind.

Thankfully, the game allows for some creative ways in handling Jesse’s powers. One of the best examples of this is when she is floating in the air. While in the air, the player can choose to aim and fire at enemies. This is ultimately to throw off their aim while raining down fire. The player can also cast other abilities in the air-launch and shield are especially handy. Using multiple abilities at once puts a strain on Jesse, however. She won’t be able to use any while it’s on cooldown.

With enough tasks done, Jesse can use points to upgrade her powers. Apart from the usual upgrades that increase damage and efficiency, other branches can unlock new possibilities in countering enemies. Upgrading the Launch ability will allow the player to grab grenades and rockets mid-flight to toss them back that attackers. An upgraded Seize allows the player to mind-control large enemies. And finally, upgrading Levitate allows the player to perform a ground slam on a designated area.

The game does enough to keep the player invested for a good amount of time outside of the main story. There are a bunch of side missions to partake in – these usually involve finding lost operatives or cleansing a rogue altered item. Others are skill checks that reward the player for killing certain enemies in a particular way. There are also timed missions that pop out from time to time. These are the kind of missions one wouldn’t really like to do unless materials are really scarce. What’s annoying about timed missions, apart from the automatic fail when the timer reaches zero, is the fact that if the player dies at any point, it is an automatic fail.

Enemies, for the most part, take the form of humans. Not much is known about the process of how the agents turn into monsters, or even if there’s a way to turn them back. All that’s for certain is the Hiss incorporate agency tactics and weaponry. That being said, be prepared to run into enemies carrying assault rifles, grenade launchers, and even heavy weapons.

More advanced enemies levitate in the air and launch debris. These enemies are particularly annoying because they actively dodge launch attacks and while dealing heavy amounts of damage. Other notable enemies are the Hiss Charged – high explosive suicidal enemies. At close range, the player’s only hope is to withstand the blast with the shield ability. But knowing that other enemies are close makes things even more stressful.

Graphics-wise, the visuals look good. But for some reason, the edges of character look rough during conversation segments. The visual effects of the abilities are really impressive, especially when abilities like Launch and Shield start breaking up the floors and walls. The other dimension aesthetic is in full effect for the entire game, with geometric shapes and twilight zone areas seemingly around any corner.

The voice acting in the game is top-notch, most noticeably during Jesse’s hyper-focused monologues. The supporting cast somewhat does the job equally well, but Jesse carries the narrative from start to finish. In terms of ambiance, the halls of the Oldest House are filled with the chanting of the Hiss. It’s beyond creepy and unsettling at the same time. So, it’s good that the battle music is more upbeat and action-filled.

Final thoughts – Control is a sleeper hit much like other games under Remedy Entertainment. In fact, if you look closely at the case files hidden around the Bureau, players will find connections to Remedy’s other titles. It’s those subtle little details that hint towards the larger universe, that is very much appreciated by those in the know.

Jesse is a complex character. She’s obviously been through a lot. And she frequently talks to the voice inside her head. It’s not immediately obvious to the other characters, but they know all is not right with her. But they have no choice but to follow her lead. She’s the one the Service Weapon chose after all. And with it comes some very awesome perks.

Being a narrative-focused game, there is little incentive to replay the whole game. One complete playthrough is probably enough to get all its money’s worth. The endgame provides the player an opportunity to tie up loose ends. It’s a proper end to a good story. Interesting note – some hidden locations and costumes for Jesse become available post-game. Never a bad thing, to be honest.

As for my recommendation, if you are the kind of player who enjoys a good story, you are going to enjoy this game. And if you really enjoy intense action sequences, all the better. Just be warned that some of the hardest challenges lie in the side bosses. They can be brutal and unforgiving to any player not prepared for the challenge. 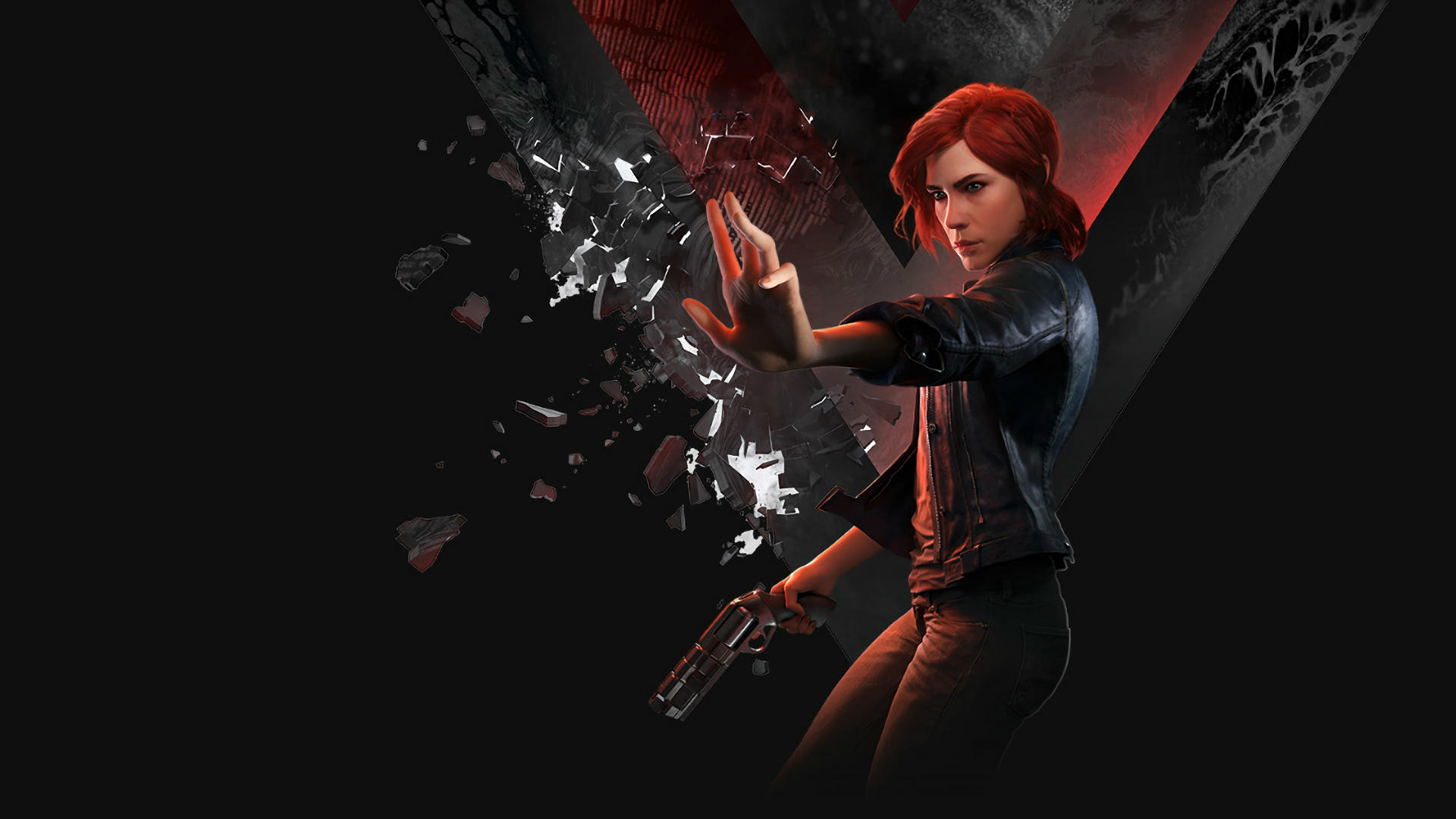