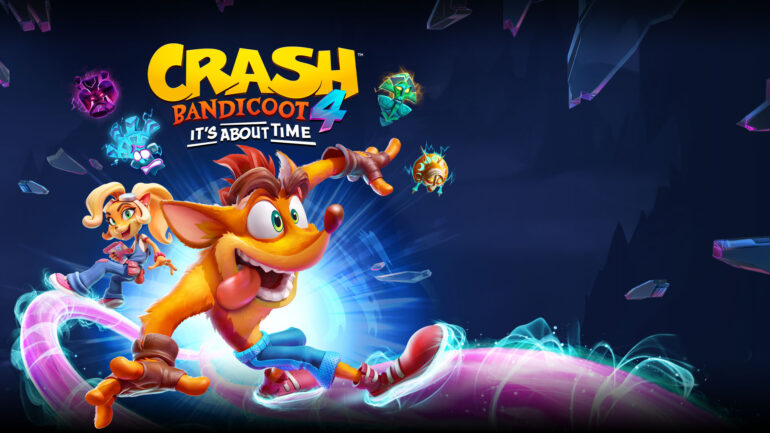 Today marks the day our bandicoot fellow invades the next-generation of consoles — the PS5 and Xbox Series X|S.

Crash Bandicoot 4: It’s About Time takes advantage of the PS5 and next-gen Xbox’s higher wumpa juice level to upgrade its visuals, faster load times, overall 60 frames per second, and 4K resolution. To even spice up this next-gen version launch, PS5 owners with 3D audio-capable headsets are in for a treat and as well as those spatial audio-capable headsets for Xbox Series X|S owners.

To make a short list of new features, here you go:

Aside from these next-gen bad boys, Nintendo Switch players can also buy the game for their console too!

Crash Bandicoot 4: It’s About time is now available on PS5, Xbox Series X|S, and Nintendo Switch for only $59.99, with the PC version via Battle.net starts its pre-order at an SRP of $39.99. The game is also available on PS4 and Xbox One.