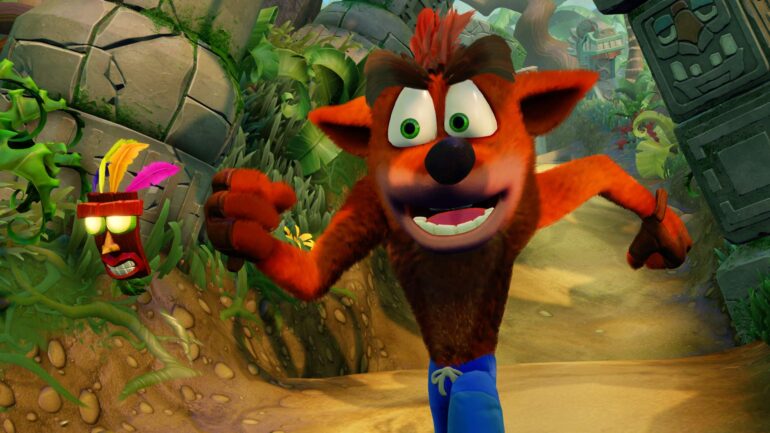 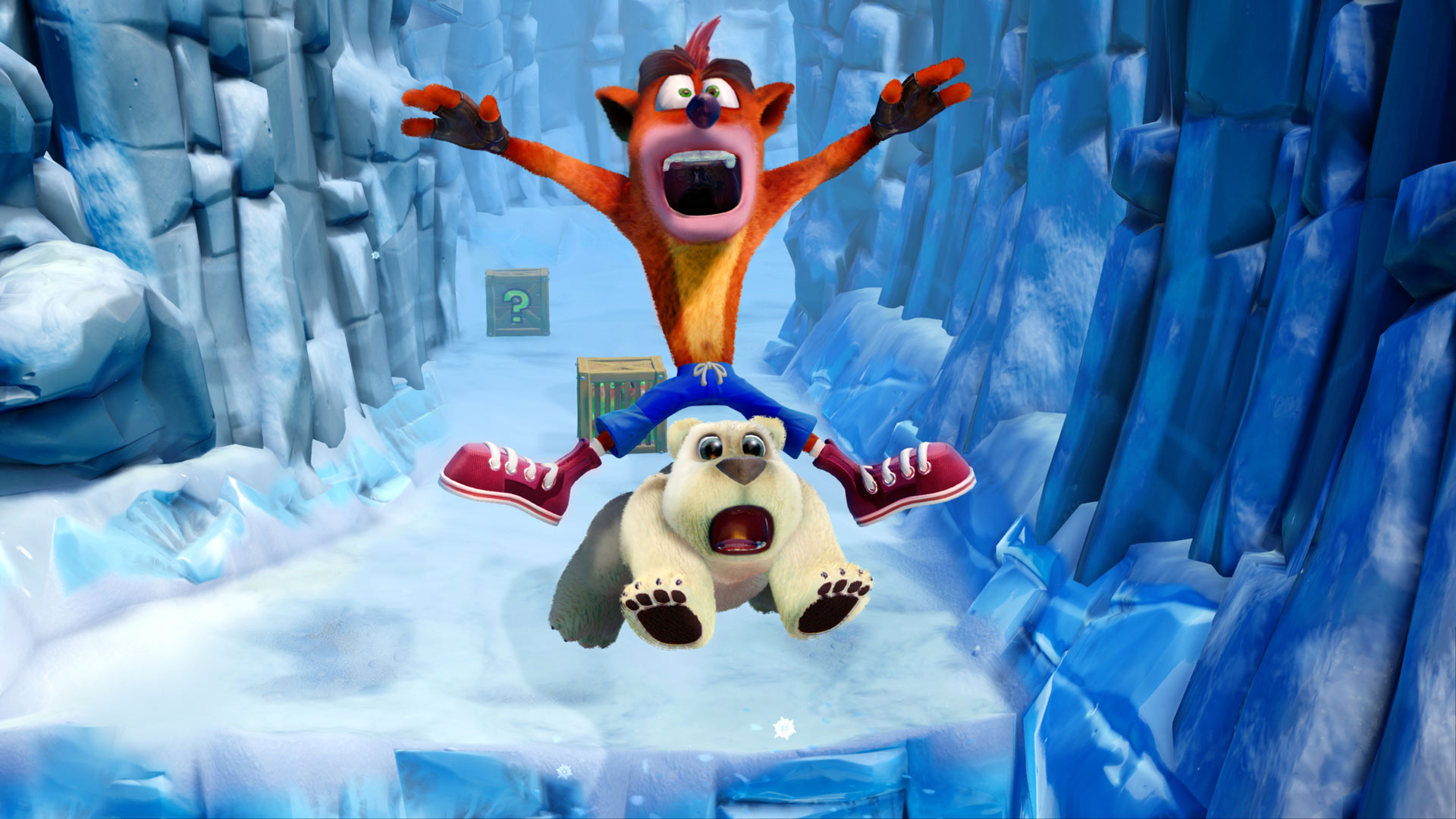 When I saw the announcement back in E3 2016, they said they will revive Crash bandicoot. I was in doubt, I thought that they will again fail to revive the franchise back, there are more than 10 Crash games or more had been made for different platforms. Also, the franchise had been passed to different publishers such as Konami, Activision, Sierra Entertainment and Vivendi Universal Games. But none of the developers got the right ingredient to make a successful and unforgettable Crash Bandicoot game. Maybe some of them, but the first three games are still the best of the franchise and they were developed by Naughty Dog. And when Shawn Layden announced in 2016 that they will remaster the first three games, Crash Bandicoot, Crash Bandicoot 2: Cortex Strikes Back and Crash Bandicoot: Warped I fell off my chair because of excitement.

The original Crash trilogy is back and now fully remastered for the PS4! This game brings me back some nostalgic beautiful memories as a kid; and as an adult, I still feel the same way when I first played the original Crash. Vicarious Vision and Activision did a great job bringing back the original trilogy while preserving the game mechanics and stages while giving it a full makeover with its graphics.

The plot is still the same, you will be controlling Crash, an eastern bandicoot wearing blue shorts and a pair of sneakers created by Dr. Neo Cortex, an evil scientist who wants to dominate the world by creating an army of genetically enhanced animals to be his servants. While in the process of experimenting on Crash, the bandicoot escapes and was washed away ashore, and that’s when the adventure started. The love and hate relationship between Crash and Dr. Cortex was interesting enough to let the fans expect more from the both. Yes, they just made a hell lot of Crash games for the past 20 years. 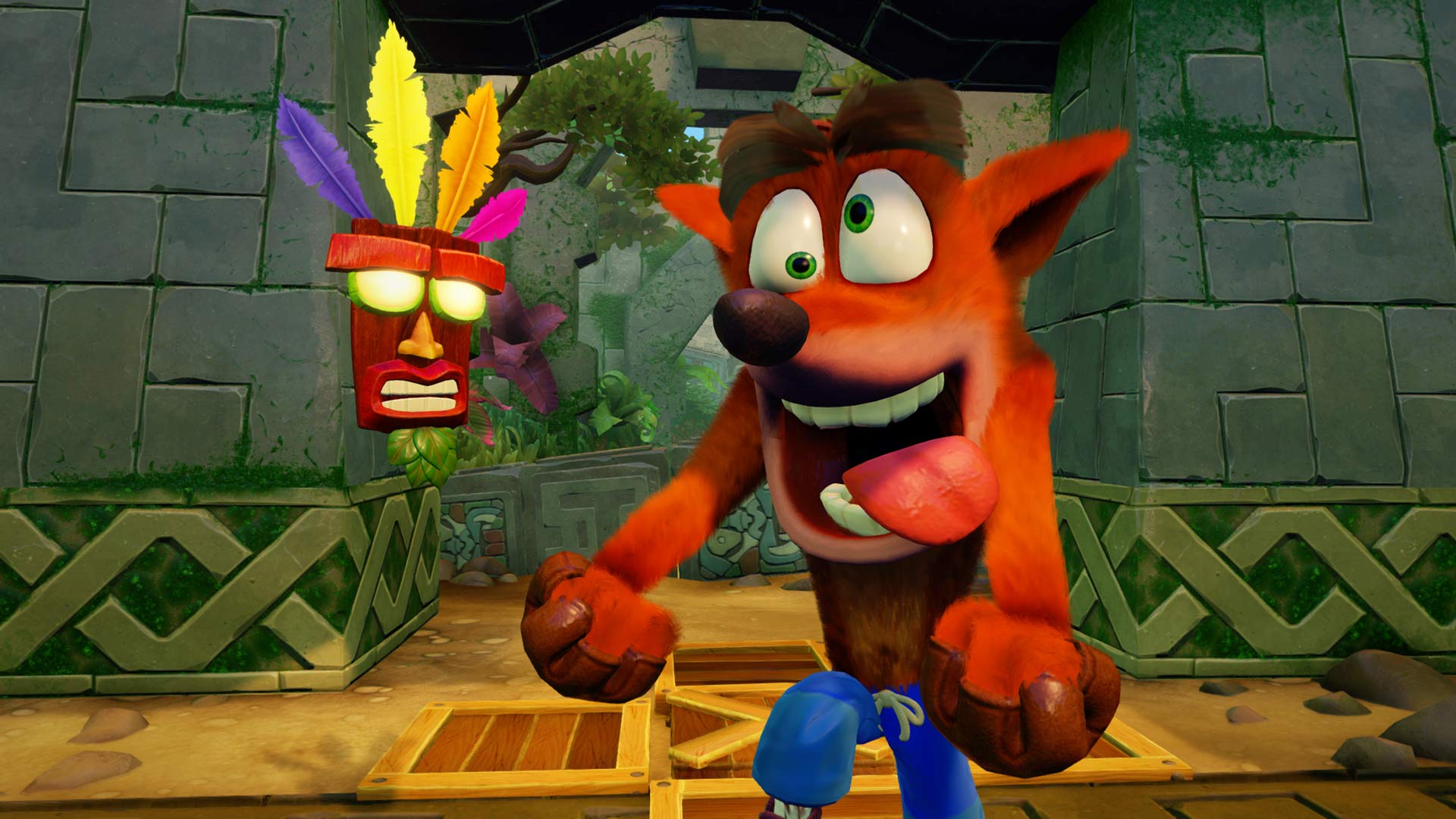 The first Crash Bandicoot game was still the weakest of the trilogy, due to its lack of contents and highly linear stages. Some areas are frustratingly difficult because of its stage limitations, like when touched by an enemy can cause an instant death or an easy fall from a pit because of how limited the paths are. Despite of all the opportunities found in the original Crash Bandicoot, the sequels captured what lacked in the first Crash. They added a variety of skills like sliding, jumping higher, crouching, and some more. Also, the story of the sequels are better versed than the original, especially Warped. Warped introduces us with unique stages with interesting gameplay mechanics like the underwater, airplane levels, and even jet skiing. Crash Bandicoot 3: Warped is still my favorite among the three where time travelling is fun and Uka-Uka is an interesting enemy.

The core mechanic of the original trilogy was replicated perfectly copied with no alterations. It’s the same Crash game from the classics that you know and love. The good thing about this one is they made us, the fans, remember how the game worked and how fun it was before. Nostalgic as it may seem, not all of us may agree to it, some may find the gameplay outdated especially for newcomers while some, especially the fans, may think this was perfect and needed for a remaster.

I personally love how they didn’t touch any of the gameplay mechanics, for me it’s not outdated it just shows how Naughty Dog created a timeless game that won’t easily be forgotten. There are few additional contents added to the game to match the present’s standard for gaming. Time-trials have been added, online features, auto-saving and the option to use Crash’s sister, Coco. There is nothing special about using Coco though because they have the same set of abilities with Crash.

Controls are a bit tricky. I’m struggling moving Crash in the game with the analog stick. On the PS1, the directional buttons were the default option for the game; and with so many years of getting used to with using analog stick primarily for movement, I actually forgot how to use the d-pad properly. I tend to switch back and forth between the analog stick and d-pad controls in different situations. It may be difficult or maybe it’s just me? 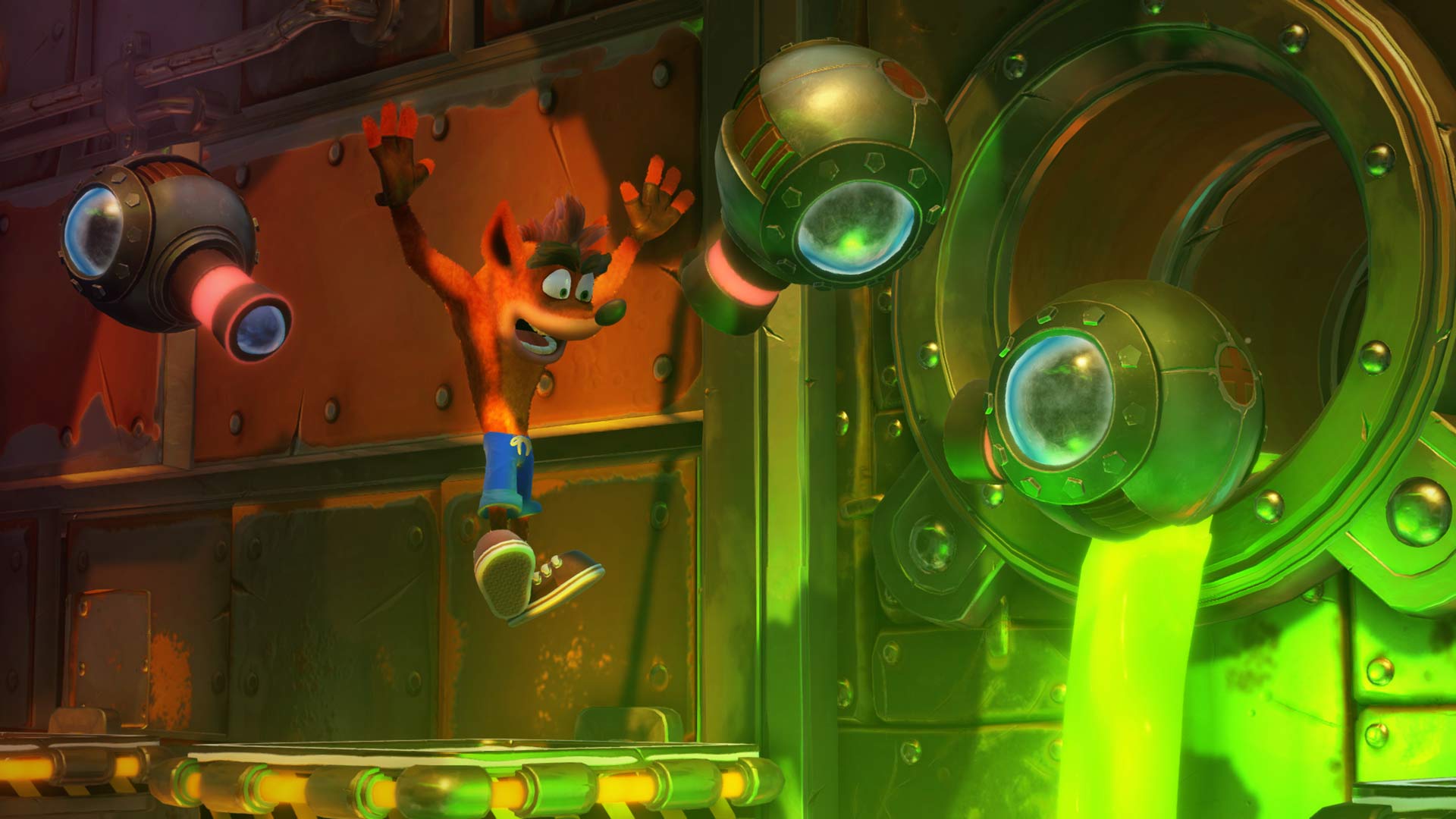 With the sound and original score also getting its upgrade, the HD revamp in this side added more life to the game. From the tribal beat of the drums to the laser wave upbeat music in the futuristic levels, everything was perfectly revamped!

The visuals are also great, especially on the PS4 Pro, while running at 30 frames. But what really wowed me were the details added to the game. Crash and Coco’s character models were impressive, enemy design are more terrifying (especially Uka-uka), the environment looks definitely great, and the animation adds more personality and tension to the game. One example is the Boulder stage where Crash runs for his life avoiding getting roll down by a large boulder while looking terrified and always looking at his back, when you compare to the original, Crash wasn’t that expressive.

Overall, Crash N. Sane Trilogy delivers everything what I expected as a remastered title. It was simple and nostalgic. Even without the original developers, Activision and Vicarious Visions pulled this off by bringing back what made the series great and legendary. This may not be for everyone especially for newcomers, but this is still a hell lot of fun. I’m still hoping for a Crash Team Racing or Crash Bash remastered version though. A DLC maybe? Who knows? So far, this is the best game that was fully remastered, and I’m hoping for more. 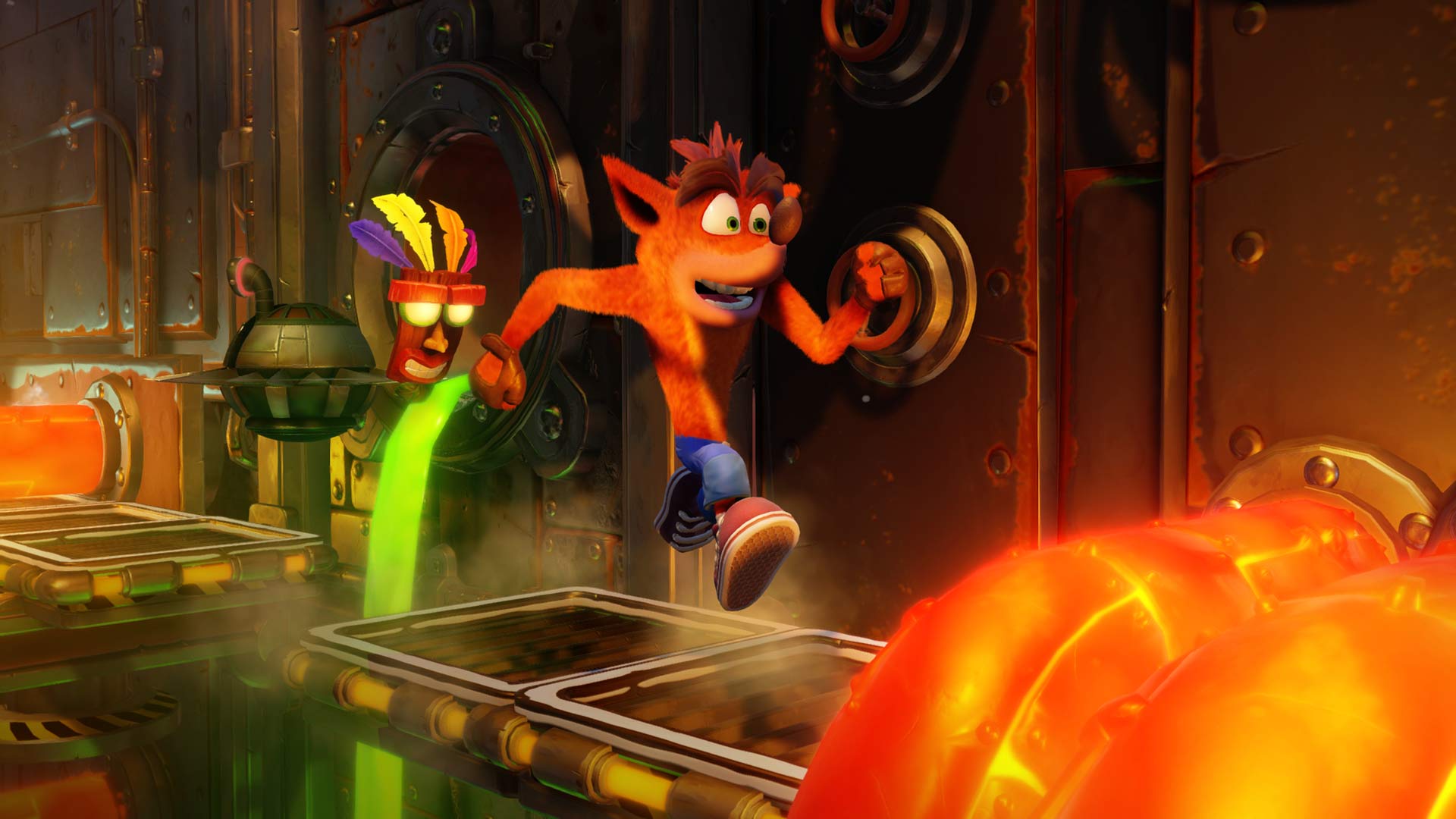 Score Definition
When the issues of a game are rolled and stomped by its greatness, then it’s something to invest on if you have some spare.
Pros
One of the best remastered game to date.
A ton of fun challenges that makes you want to play more.
Music and sound is top-notch.
Cons
Some stages are frustratingly difficult
8.5
Great