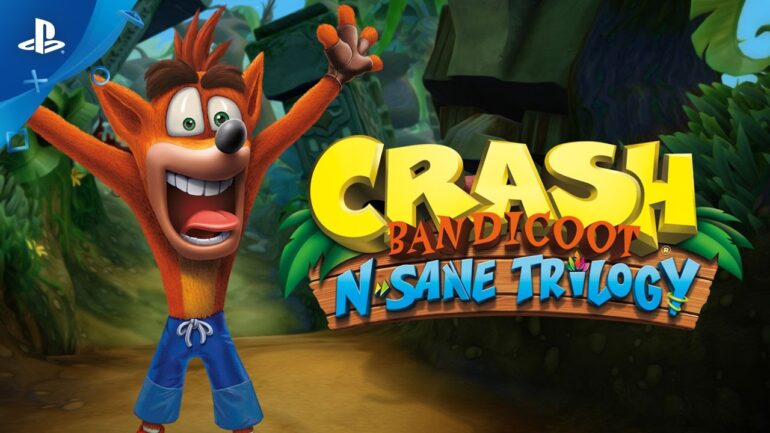 11 years ago, platform games were dominating the industry; and that includes Naughty Dog’s first Crash Bandicoot title in 1996 for the original PlayStation. Activision teased with a tweet earlier about a Crash Bandicoot-related announcement that included 6 boxes which looked like a date format.

The N. Sane Trilogy features an overall revamp of the game’s graphics while staying with Naughty Dog’s original level design and mechanics.

According to the Vicarious Vision’s Game Director, Dan Tanguay, in an interview on the Official PlayStation EU blog that this is not a ‘remake’ but a ‘AAA remaster’.

“This is a AAA remaster.” Dan said, “We’re giving this the love and attention to detail that we pay to all of our AAA games. We’re building it using the original level geometry so that it plays as close to the original as possible. We’ve also referred to this as a remaster plus, as we are adding new features that we think the fans are going to love!”

Crash Bandicoot N.Sane Trilogy will launch on June 30, 2017 exclusively for the PlayStation 4.