Crash Bandicoot: On the Run! Now Official with Announcement trailer 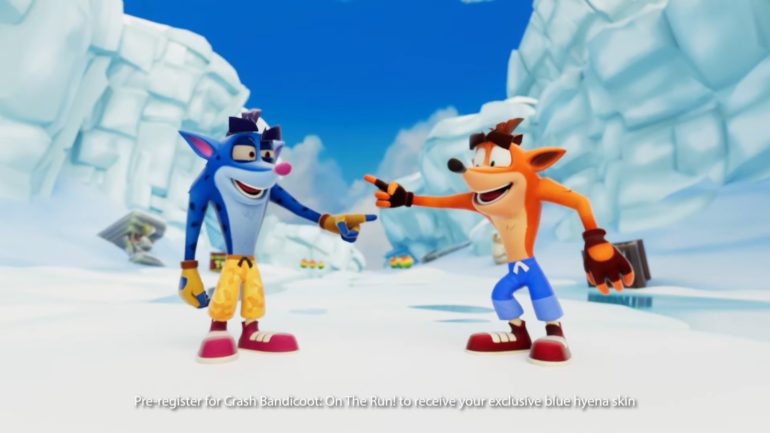 The new announcement trailer was recently uploaded to officially confirm the rumors and teaser trailer that was posted yesterday on the game’s official Twitter account. This will be a mobile game based on the popular series Crash Bandicoot and will feature familiar characters from it.

The mobile game will have classic bosses, new levels, custom skins, two player gameplay, and more. Interested players are encouraged to pre-register now in order to get an exclusive Blue Hyena Skin at launch.

Crash Bandicoot is back, but this time he’s on the run and on mobile! That means high-speed battle runs across Wumpa Island to save the multiverse from the evil Dr. Neo Cortex; smash crates, avoid obstacles and run into your favorite characters…Not to mention battling your favorite Crash bosses, earning rewards, base building and weapon crafting – all with a customizable Crash!

The game will be available on Android and iOS.