Something familiar, yet not at same time. 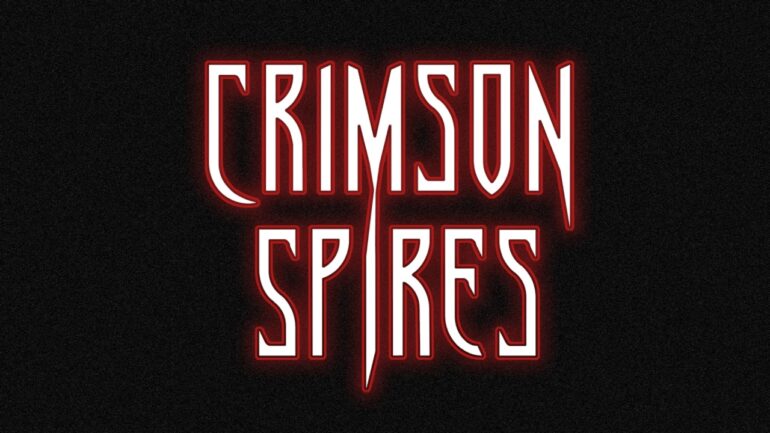 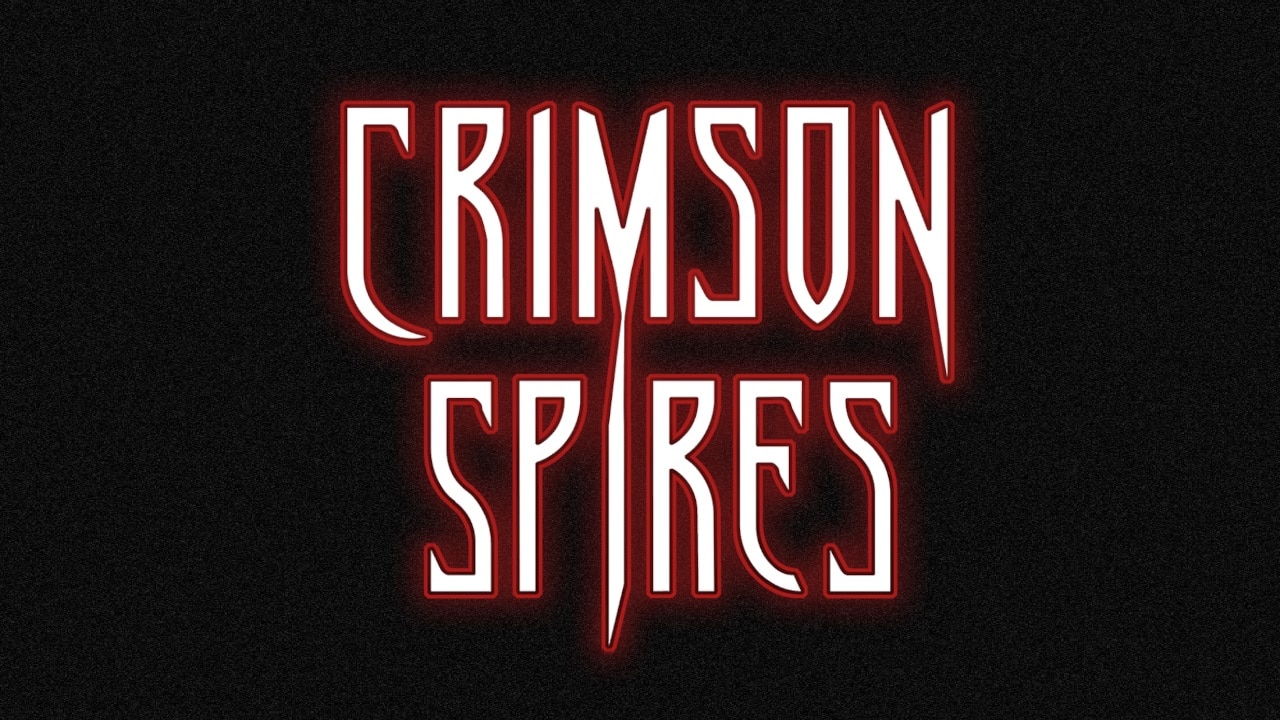 A visual novel that’s thrilling at the start, Crimson Spires might get a bit slow once you’ve hit past a certain point in the story. But before that, a little background.

You assume the role of FBI agent Erika Wright, and you’re on the road when you receive a call from Chief Morris about a crashed prisoner transfer vehicle with the Heartbreak Killer, August Flynn, going loose. What’s worse is that he’s missing, and there’s a trail of blood leading into a store. After a short dialogue, a fellow FBI agent joins you for the investigation, and it seemed to kick off pretty well. After some time you encounter August Flynn who holds the other FBI agent hostage. That is where the titular Crimson Spires start rising out of the ground, and also where the game truly begins. Do you dare explore and find out what lies inside the Contingency? Will more people’s heads explode when they breach the perimeter? Is the Contingency just a Feeding Pen?

The Spires themselves offer a mystery that takes time to get to, but learning about them offers enough if you complete the game, but the sequel hook in one of the routes seem to shed hope that everyone will eventually find a way to make them sink back to the ground. Here’s hoping it’s a good one that will expand the story further, right?

Crimson Spires usually plays like a visual novel more than an investigatory game unlike how the first few minutes might suggest, which was surprising for those who just want a good horror/mystery game. With how it flows, you might be expecting something like Hellnight (PS1), but with less options and a story flow that seems to drag on (at least to me) at several points with characters just arguing without showing much of what is happening. The investigation parts provide a good change of pace, but with minimal interactivity, the charm wore off pretty quick as the focus was clearly in the story and if you’re like me, you’d always be looking forward to the next investigation sections.

As for the music, it underlines the situations pretty well, from the usually-tense air of the humdrum of their daily lives inside the Contingency, to the moments you have to make choices, to even the conclusion of the outcomes you chose. But at times, those still fall flat at framing the scene, especially on the more serious moments where the tensions reach their respective peaks. I remember myself chuckling at times because of it, but not in a demeaning way, but rather in a “Hey, it does fit.” kind of way. I’d say give it a whole listen-through.

Character Art-wise, the designs are good and the surroundings are well-done, but the way they look like lifeless standees in the investigation portions made me feel a bit like I’m doing this all alone and without proper assistance from the characters that Erika associates with during those moments. It might just be me, but my brain just wrote the main character off as “Brown Haman Karn”, Maddy as “Karate Bimbo”, August as “Adachi and Teddy’s Killer Baby”, Julian as “TFS Alucard if all the fun got taken out of him”, and Charlotte as “Female Raphael”. Those names have their own pros and cons, and they evenly balance out as the game proceeds, even from their own developments.

OK, bit of nitpicking, but this is my review and honesty binds me. Erika Wright looks like a brown-haired version of Haman Karn from the Gundam series. From the odd shape of the hair to the V-cut bangs, not to mention the odd size of the sheriff’s badge on her (My First Sheriff Playset, much?) made me chuckle the first few times I saw it. Madeleine Gray, on the other hand, looks hilarious when angry, while August Flynn looks like he’s high on top of being inebriated. Julian Bataille’s good somewhat, but he always feels like a “No Fun Allowed” Alucard from Hellsing. Liam Bataille at times looks like all he needs is a bandanna, and if you lump him with Madeleine, you have a modern “Token Two”.

Bottom Line, Crimson Spires is a good game worth spending, at most, 48 hours on if you want to go all completionist on it. The novel parts are good to read, the investigation parts are nice enough but still need a bit of a tweak, and the charms eventually work its way to you. I’d say it’s a nice addition for your game library overall.

Crimson Spires – Review
Score Definition
We tell you, it’s a good game! It’s not average! It might have some problems here and there, but you have to admit it is a “Good” game.
Pros
The investigation parts offer a refreshing change of pace.
Some of the OST frames certain moments well.
Cons
The story sometimes drag on at an uncomfortably long period of time.
Some of the OST doesn't fit.
7
Good