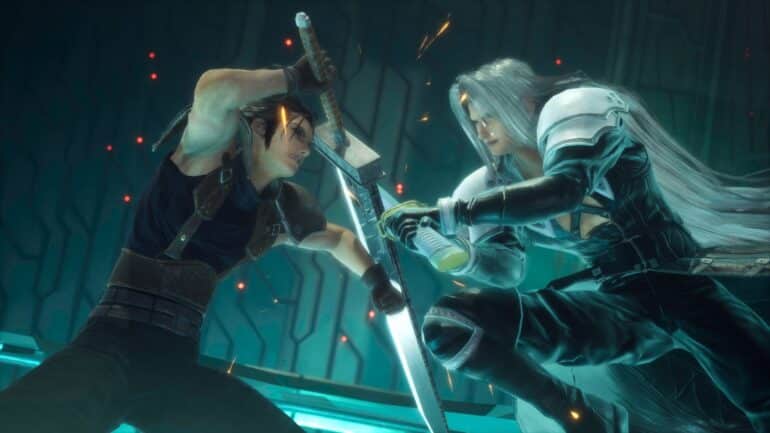 Developers from Square Enix recently discussed the challenges they had to face in developing Crisis Core Final Fantasy VII Reunion.

Crisis Core Final Fantasy VII Reunion Producers Yoshinori Kitase and Mariko Sato recently spoke with PlayStation Blog to discuss the challenges they encountered in development. Sato revealed that they faced many challenges but the biggest one was adjusting the visuals.

Originally, the development team considered porting the graphics unchanged from PSP to modern platforms, but there were various problems that arose when they did it for the first time. So they made changes. They created a similar impression to the graphics from Final Fantasy VII Remake.

There were issues like some of them did not work well when they just swapped out the 3D models, so they dropped that method. The team had to make alterations and adjustments to all things now and that took a long while.

Kitase said that there was a gap of three generations since the original was from the PSP which was close to the PS2 visuals. The visual adjustments were immense and the graphical quality is now closer to the recent FFVII Remake, which gives it a fresher and more exciting look.

Aside from the adjustment to visuals, Sato revealed that the original battle system was improved. He said that there were some parts of the original that they felt were a bit difficult to play. They made some tweaks and polishing to the gameplay as well to ensure the game was more playable. Still, they kept what made the original great. It still looks like the original but with lots of other stuff.