Crossout Reaches 3 Million Player Milestone in Less Than A Month 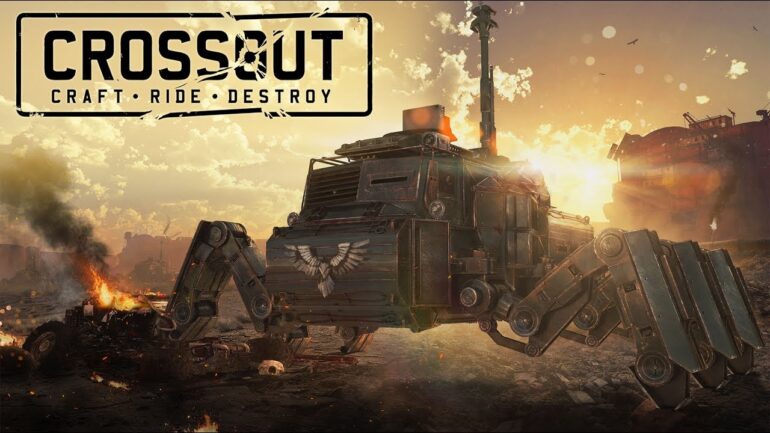 Targem Games’ and Gaijin Entertainment’s Action MMOG Crossout has kicked off with a landslide launch on PC, PS4™ and Xbox One, attracting more than three million players in less than a month since going public. Players from all over the world have already spent millions of combined hours crafting, fighting, racing and trading in-game – and the post-apocalyptic vehicle mayhem has only just begun!

“We’ve been extremely pleased with the launch of Crossout, given the incredible feedback we’ve received from those who were already able to try the game at shows like E3 and Gamescom, as well as during Closed Beta”,  says Stanislav Skorb, CEO at Targem Games. “We have invested a lot of effort, enthusiasm and dedication into making Crossout unique and interesting, and it’s amazing to see the game take off in such a spectacular way. Now, we’re focussed on further improving and expanding the game. Just recently, driver characters appeared in Crossout, and next week new PvE adventures on a challenging mountain landscape will be made available – new factions, vehicle parts and game modes are also already in the pipeline!”

The post-apocalyptic world of Crossout is a harsh and unforgiving one. In their battle for survival, players have constructed countless vehicles, and each is one-of-a-kind. Be it a shotgun tricycle, a rocket-powered racing hot rod, a huge twin-turreted tank or even a spaceship, almost one million deadly, funny and outright crazy player constructions have already been publicly shared on the game’s blueprint exhibition section, and many times those were trialled in battle. In the ruthless combat players have fought since May 30th, almost 150,000,000 vehicles were destroyed in PvP, and 1,500,000 Leviathans, the fierce player-constructed boss enemies in PvE, were slain. Much of the loot obtained in battle has been used to craft over 8 million new items produced since launch, and many of those were bartered on the in-game marketplace that sees well over a million transactions every day – mostly for guns and cannons, of course. A bang for the buck indeed!

With plenty of new and exciting content planned and in development, players can be sure it won’t get boring anytime soon in Crossout. New maps, vehicle parts, factions and completely new features are already being worked on, including a challenging game mode of territorial control allowing the strongest clans to fight for the most valuable resources of the wastelands. Players on PC and consoles can join the post-apocalyptic mayhem for free through crossout.net, PSN and the Xbox Store and are invited to leave their feedback and suggestions through the official communities on Facebook, Twitter and the forums.