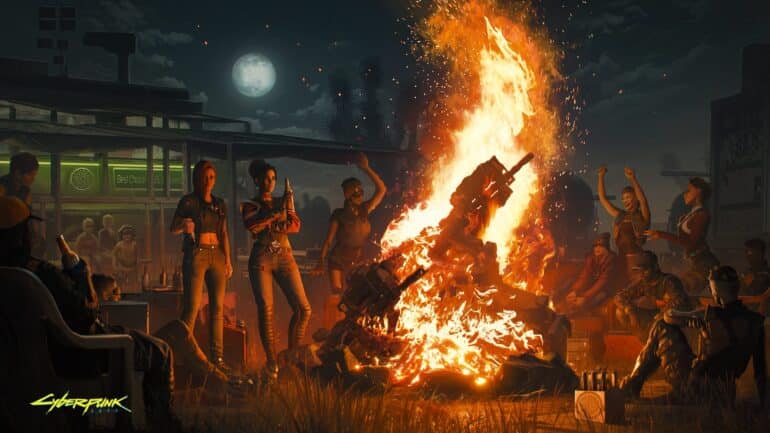 CD Projekt RED has recently revealed that Cyberpunk 2077 has reached yet another big milestone.

In a new post on the official Twitter account of Cyberpunk 2077, CDPR revealed that the game has now maintained more or less 1 million active players each day for four weeks in a row. This is quite the opposite of its launch and subsequent updates before the Edgerunner update was released. This is quite the achievement for the game which has now gained its biggest resurgence since its buggy launch.

CDPR thanked all of its fans and they are left “speechless” by this new result.

Most of the speculations suggest that the reason for this big rise in popularity is the broadcast of its most successful anime series on Netflix, Cyberpunk Edgerunners. Others think that it is due to the numerous fixes that CDPR has implemented with the latest update.

Fans are now hopeful for the next projects that CDPR is planning like the sequels and other Cyberpunk projects. There is also a new Witcher project and a whole new IP in the works.

Congratulations CDPR for a big achievement!