Cyberpunk 2077 Now Back on the PlayStation Store 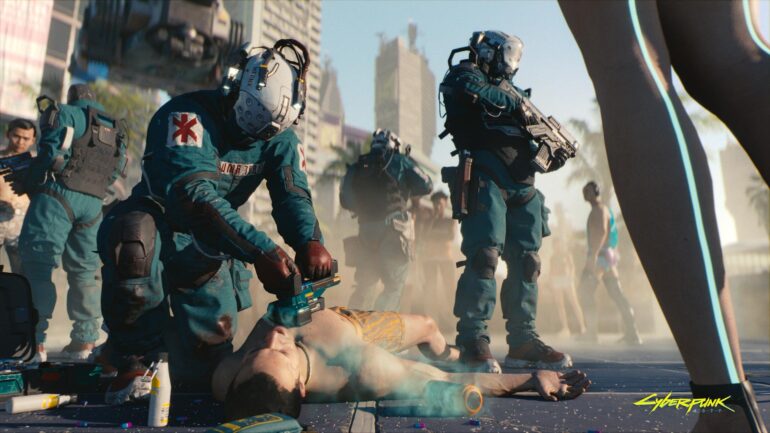 Aside from coming back to the PSN Store, anyone who purchase the game can also play it on the PS5 via backward compatibility. A free PS5 upgrade for the game will be coming in the second half of this year. It will be available for all owners of the PS4 version of the game, including both digital and physical versions. The upgrade will fully take advantage of the new-gen console’s powerful hardware.

Users may continue to experience some performance issues with the PS4 edition while CD PROJEKT RED further works to improve stability across all platforms. Playing on PS4 Pro and PS5 will provide the best Cyberpunk 2077 experience on PlayStation.

About Cyberpunk 2077
Cyberpunk 2077 is a narrative-driven, open world RPG set in the most vibrant and dangerous metropolis of the future — Night City. The game follows the story of V, a hired gun on the rise in a world of cyberenhanced street warriors, tech-savvy netrunners and corporate life-hackers. Featuring CD PROJEKT RED’s hallmark concept of choices and consequences, players will face difficult decisions that ripple through the entire game. Winner of over 200 awards, Cyberpunk 2077 is set in the universe of the classic pen & paper RPG system, Cyberpunk 2020.