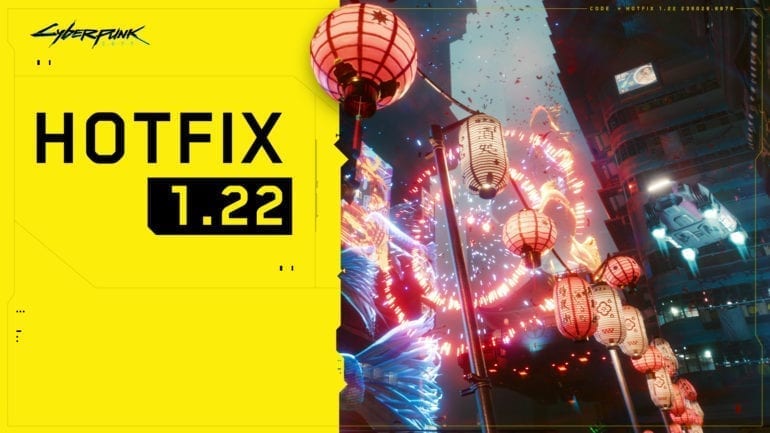 According to the game studio, hotfix 1.22 addresses the frequently reported issues since the last patch. It also introduces more improvements for stability and performance of the game. More changes to look forward to.

Cyberpunk 2077 is now available on PC, Xbox One, PlayStation 4, and Stadia. The PS5 and Xbox Series X/S versions will probably launch later this year.