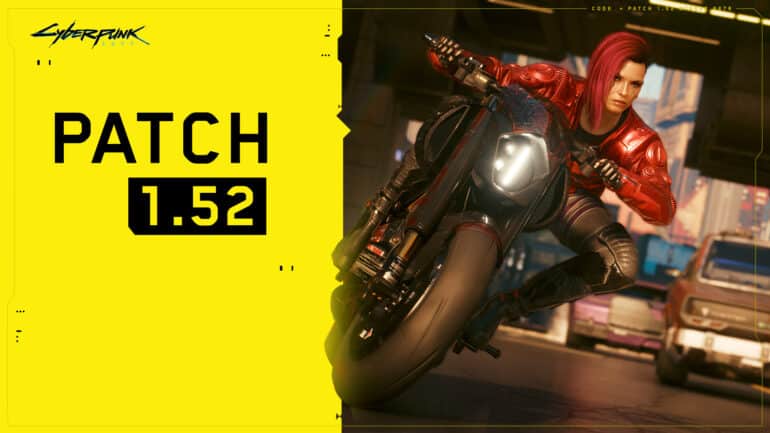 CD Projekt RED has recently launched Cyberpunk 2077 patch 1.52 and will be available on all platforms introducing tons of new fixes.

A new patch for Cyberpunk 2077 was recently rolled out by CDPR and a lot of new fixes were introduced. There was also some additional new content, changes, and improvements as well aside from the fixes that could make gameplay more convenient for players.

Some of the fixes to note was one that fixed an issue that could cause wrecked cars or multiple Nomad cars to spawn in traffic when driving fast, which was annoying and could cause crashes before. There is also the fix that finally removed the inverted zoom when doing the Take Control quickhack, which took players out of immersion.

There are some cool changes as well like the Laminate-armor Media Ballistic Vest can now be found as a loot in Japantown, which is rather convenient for players who wants to get that vest for its look at higher levels. Quests have been improved as well with tons of fixes on buggy ones.

There was a funny bug that made Suicidal Corpos that jumped to their death would stand up afterwards. It is now fixed thankfully.

There are also some console specific fixes as well with most of them on the PS5.