A whole new area with new characters, items, and someone's coming back! 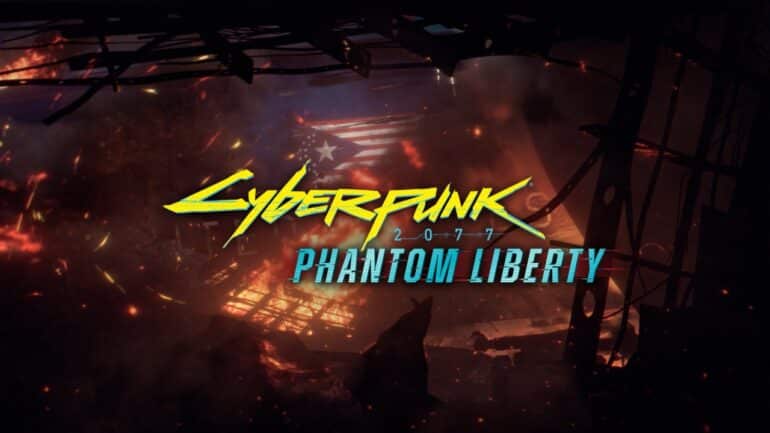 CD Projekt RED has officially revealed the new Cyberpunk 2077 Phantom Liberty expansion after getting teased a few days ago.

As promised, a new special episode of Night City Wire was published and it featured two new announcements related to Cyberpunk 2077. The first one was the upcoming anime series Cyberpunk: Edgerunners. One of the creators of the show, Bartosz Sztybor, sat down for an interview to give insight and details about the anime, discussing the story, themes, characters, and more. He also discussed in detail the collaborators of this anime, Studio Trigger, a legendary Japanese studio. They made several popular legendary animes like Kill la Kill, Darling in the Franxx, SSSS.Gridman, SSSS.Dynazenon, and more.

By the end of the special episode, a teaser was shown and it was for the upcoming new expansion, Cyberpunk 2077 Phantom Liberty. Game Director Gabe Amatangelo revealed that there will be a new cast of characters introduced in this new expansion, who V will come in contact with inside a new location within Night City.

After the trailer, a video message of Johnny Silverhand himself, Keanu Reeves, was shown. He confirmed that he will be reprising his role as Johnny for Phantom Liberty.

The new update , Patch 1.6, is out now and it is closely related to the anime Cyberpunk 2077: Edgerunners. It introduces equippable items from the anime to the game like the jacket worn by David Martinez, the shotgun used by another character, and more. It also adds a swathe of new features including the most awaited clothing transmog system, cross-platform progression, playable Roach Race minigame arcade cabinets and more. No word yet on New Game Plus, but it could be announced soon.

When is Cyberpunk 2077 Phantom Liberty Launching?