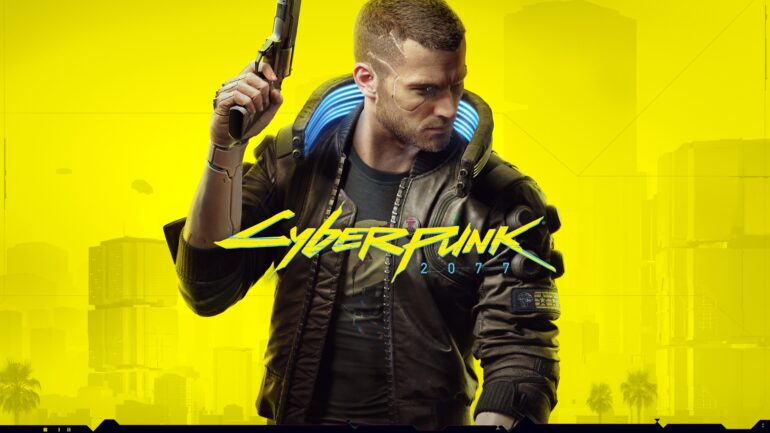 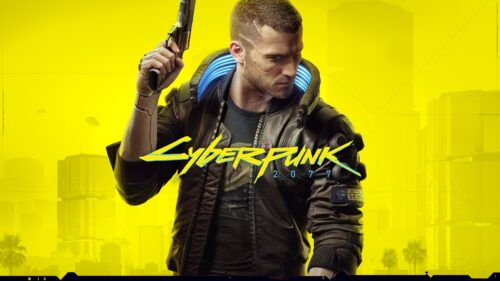 “In 2077, what makes someone a criminal?” asks Keanu Reeves, out of character from his role as Johnny Silverhand, in one of the promotional trailers for Cyberpunk 2077. “Getting caught,” Reeves answers moments before the trailer cuts to a dazzling array of glittering neon skylines, flashing gunfire, and crowds of colorful characters. While this moment is symptomatic of the edgelord marketing that’s followed the eagerly anticipated RPG on its long journey from announcement to release, it is also emblematic of the controversy surrounding it.

CD Projekt RED has spent a lot to promote Cyberpunk 2077 as a gamer’s nirvana, promising a vast open megalopolis filled with things to do and people to see. It promised unmatched art direction, densely populated crowds, and total freedom for would be edge runners to do whatever they like, wherever they like, capped off with an epic tech-noir story. Now the hype is a fool’s game but even when expectations are scaled back, Cyberpunk 2077 disappoints.

So while Cyberpunk 2077 nominally delivers, it’s accomplishments are undercut by a multitude of annoyances. This ranges from flaws in its technical foundations and an incoherent tone that wavers between sincere empathy and outright misanthropy. Fifty hours in, it’s apparent that the game is a victim of its own ambitions. It’s a game I so desperately want to like, filled with praiseworthy attention to detail, tainted by questionable choices, and struggling to keep itself together.

This lack of care might come as a surprise when we think of CD Projekt RED’s most recent magnum opus, The Witcher 3: Wild Hunt. That game’s unique blend of exotic Polish monster folklore, accessible combat and satisfying alchemy systems, and a likable badass, all dressed up in visuals to rival the offerings of big name studios secured its long-lasting critical reverence. That success obscures CDPR’s history as a developer of Eurojank, a subspecies of videogames defined by sprawling worlds, dense lore, and impenetrable mechanics that go largely untutorialized.

Cyberpunk 2077 represented an opportunity and a challenge for CD Projekt RED. Setting their sights on a totally different obscure work – the 1988 tabletop RPG Cyberpunk 2020 – invited new possibilities. CDPR has poached many of the “big ideas” of the past ten years of video games to build Cyberpunk 2077. That’s not a slight on the game, but an observation that this expansive collection of systems owes a debt to other games. And I can get behind a game that steals from the best.

The open-world, with its hostile crowds and wanted system, is lifted directly from Grand Theft Auto. The game’s frenetic combat and randomly generated gear echo the appeal of Borderlands. The environmental hacking evokes the mischief mayhem of Watch_Dogs 2. and the virtual reality investigations – called braindances – are reminiscent of the ones pioneered in Batman: Arkham Origins and Remember Me.

But getting deeper into the game and cracks begin to show. Night City’s out of control plazas, dense thoroughfares and visually cluttered signage evoke the feeling of a city ruined by unchecked corporatism. But it’s an illusion, a collection of smoke and mirrors it struggles to maintain by constantly deleting and adding elements in response to the player. Cars and pedestrians magically appear, then disappear once you turn away from them. While only the crazy expect a totally immersive do anything megalopolis, the lack of meaningful distractions robs Night City of any potentially transcendent qualities.

The main quest is an exciting, suspenseful neo-noir thriller that takes you from one caper to another, but it also makes many of the above mentioned elements feel more like a patchwork than a cohesive whole. Stealth feels clunky and imprecise and relies purely on avoiding lines of sight and takedowns, rather than clever distractions. Gunplay does little to incentivize any tactic more advanced than precise headshots. Is Cyberpunk 2077 any fun? Sure, but that requires you to accept this lack of refinement in its various subsystems.

Beneath the tough chrome and leather exterior of Cyberpunk 2077 are stories with real tenderness and empathy. Though your relationship with Johnny Silverhand, played by cyberpunk cinema’s favored son Keanu Reeves, begins on an antagonistic note, it’s one filled with nuance. It’s difficult to imagine anyone but Keanu could play a nigh-insufferable bastard with this much charisma. His natural tendency to make edgy tough guys feel vulnerable offset how intolerable Silverhand is to everyone around him.

Cyberpunk 2077 is at its best when it takes time with characters and relationships. I liked my relationship with Panam Palmer, a rough and tumble ex-soldier fighting for her clan’s future. Even though romance with her was denied to me – she’s romanceable only by male protagonists – her warmth and good humor contrasted nicely with her short fuse and impulsive nature. Her quest chain is made of interesting heists with explosive encounters. Following her story makes you feel like you’re collaborating with a real comrade.

Other moments don’t always land. The chemistry with potential love interests like punky software artist Judy or himbo detective River Ward feels unconvincing. How they open up about their personal backstories feels strained. Still, I appreciated the time spent trying to understand what makes various characters tick. These moments helped take me away from the exhausting nihilistic edgelord tone that blankets the game’s worldbuilding.

Mean-spirited touches overwhelm the experience of Cyberpunk 2077. In one infiltration gone wrong, an opponent taunted me, daring me to come out of hiding with the false promise of ‘safe space’ while brandishing a shotgun. When I walked into a clothing store later, two dialog choices were presented to me: ask to see the shopkeeper’s wares, or insult their weight. The game has an endless litany of insults and mockery on reserve for women, queer people, and disabled folks. It never ceases in its dog whistles against the marginalized.

It all points to a pervasive try hard edginess that constantly infects worldbuilding. For example, a majority of billboards are centered around sex, advertising shows like MILFGuard and selling a variety of sexual endurance products and services. Romances aren’t spared as sex scenes are awkward, experienced entirely in first-person. These come off as creepy, voyeuristic, and oddly fixated on vanilla penetration.

Cyberpunk 2077 suggests a hypersexualized future but its grasp of sexuality feels oddly puerile and regressive. It’s a shame too because it doesn’t need this or the many posters that call women ‘babes’, ‘milfs’, and ‘whores’ to depict an edgy future. Unchecked capitalism, rampant violence, and a criminal gig economy already make Night City feel pretty dystopian, and without good writing to underscore its hypersexual landscape it just comes off as immature.

Of course, I get that some players may be willing to brush aside these issues. After all, if Cyberpunk 2077 delivers on technical parameters, then surely it suffices as a pure entertainment product, right? Hundreds of developers have crunched hard to realize the ambitions set before it by their studio leadership, and the question is whether eight years was worth it. The answer is no, of course, no game is worth the human cost that CD Projekt RED has incurred, least of all a game as buggy, glitchy, and badly put together as Cyberpunk 2077.

I honestly can’t tell what hurts Cyberpunk 2077 the most. The badly designed UI or the numerous bugs and glitches. In the case of the former, many elements are grating. The combination of inputs you use to manage your inventory, your journal, your in-game clock, and your upgrade trees feel incredibly fiddly. Combat is fine, though having only one slot for healing items and another for grenades is extremely limiting. Using your mobile phone to read texts takes you to a giant stack of badly sorted messages.

As for the bugs and glitches, the quantity here is enough to make a Skyrim QA turn pale. Even after the latest 1.05 hotfix, I’ve seen characters speak without moving their lips and quests being broken because NPCs were interrupted by unexpected combat. I’ve watched my companions teleport into the sky and seen my character’s shadow break into a T-pose while running. Sometimes the UI would break and I’d see duplicate tooltips for “Y to Draw Weapon” and “B to Skip Ahead.”

There’s so much more I could say about Cyberpunk 2077. Like how its skill trees promise deep customization, but it takes several dozen hours going deep into the branches rather than wide to make your character feel special. Or how NPCs are generally dumber than a sack of bricks, in and out of combat. Or how the game is casually racist in its depiction of Asian and black characters. It’s a game I could excoriate endlessly on every single detail.

It all comes down to the fact that Cyberpunk 2077 is a game that’s broken, inconsistently written and immature. That would be forgivable if the game was great, but in truth it isn’t much more than the sum of its borrowed parts. It remains to be seen in the court of long-term consumer opinion whether CD Projekt RED is truly criminal, but there’s no denying that they’ve been caught. 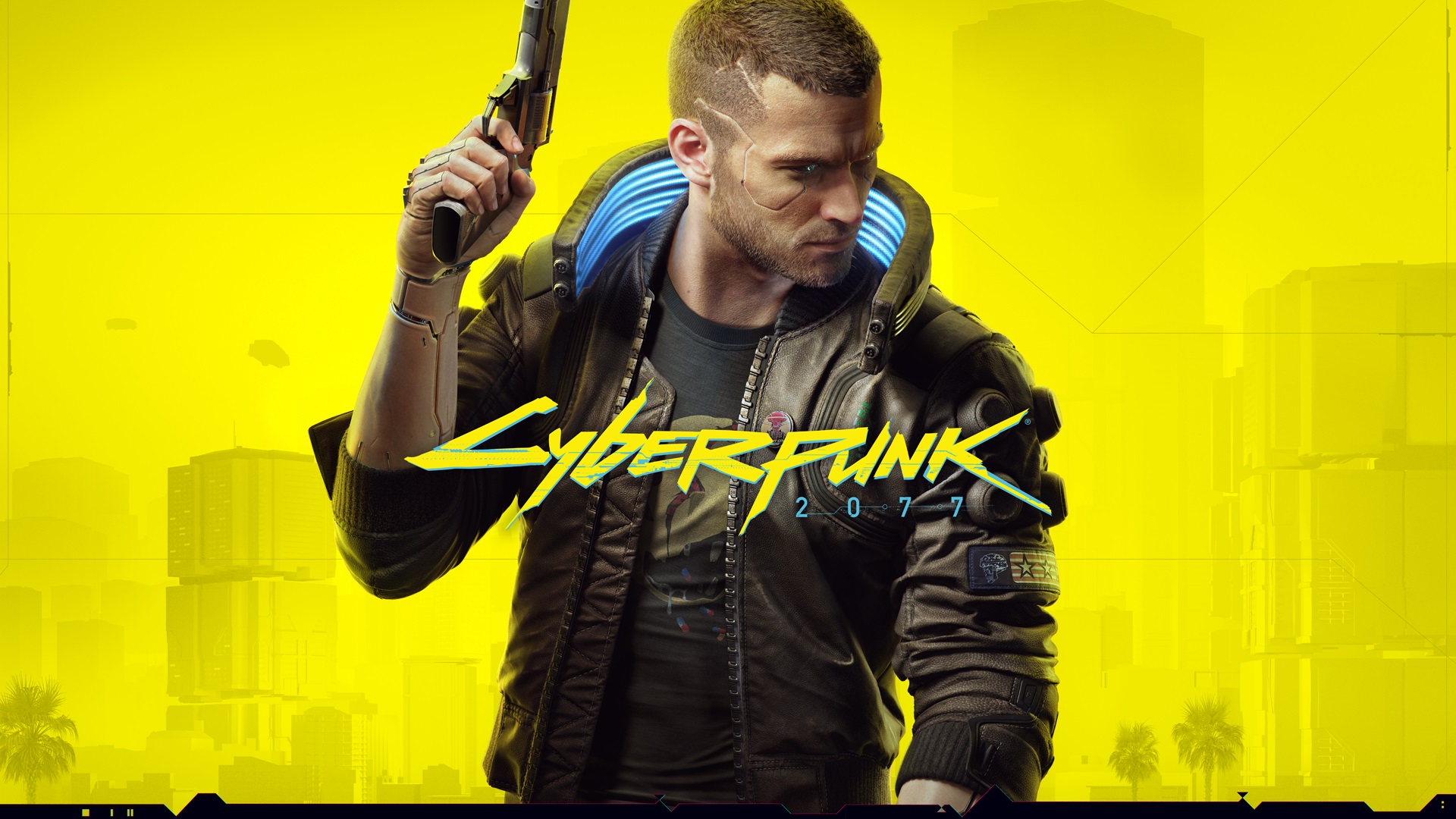 Cyberpunk 2077 – Review
Score Definition
You’ll be left out with a “meh” after finishing the game. What game did we just play?
Pros
The main quest chain is an exciting burns through classic tech noir tropes
Keanu Reeves turns an unlikable character into a magnetic presence
Cons
Many game systems are undercooked
Night City feels hollow and false
Mean, cruel tone persists in writing
Low quality UI designed
Many, many bugs and glitches
4
Bad