A sneak peek to Studio Trigger's version of Cyberpunk! 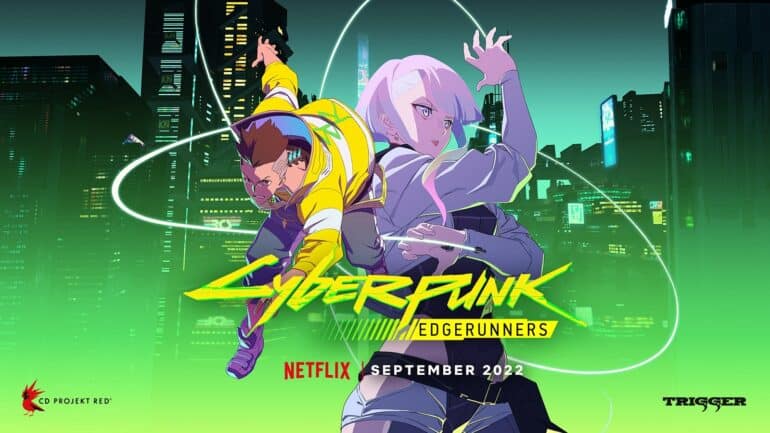 The teaser trailer was recently shown during Netflix’s Geeked Week, an event dedicated to geek culture, shows, movies, and games. They also released a commentary about the show’s development from key CDPR staff that are involved in the project featuring first-look stills, concept art, and an exclusive clip and scene breakdown from the anime.

The key visual was drawn by chief character designer of the show Yoh Yoshinari and release as part of Geeked Week. It shows the protagonists David and Lucy, who were also shown throughout the teaser trailer and the behind the scenes video together with other characters.

The upcoming animated series Cyberpunk Edgerunners is a 10-episode story revealing a story about a street kid trying to survive in a future where technology and body modification is the craze. He survives this by become an edgerunner, which is a mercenary outlaw also known as a cyberpunk.

CD Projekt RED is behind the show’s creation with talents from Cyberpunk 2077 and The Witcher 3 Wild Hunt. Bringing it to life is acclaimed Japanese-based animation company Studio Trigger with Hiroyuki Imaishi running the show. Yoh Yoshinari is the chief character designer and executive animation director. Masahiko Otsuka and Yoshiki Usa are in charge of writing the screenplay based on the story provided by CDPR. Akira Yamaoka composed the original score.