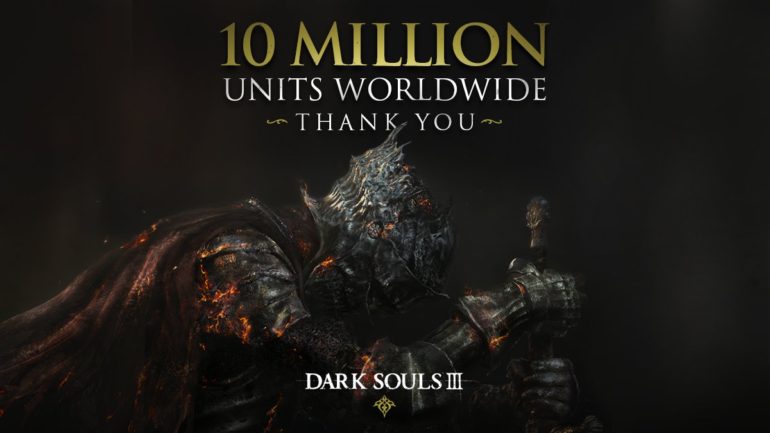 The popular title of the series has revealed on its official Twitter account that it has reached 10 million units sold worldwide. This has become one of Bandai Namco’s quickest games to sell a lot of units across the globe.

The Twitter post features the caption “Time and time again, ash seeketh embers. We are eternally grateful. #DarkSouls #DarkSoulsIII.” Below is the image of the popular character of the game kneeling down with a sword on hand.