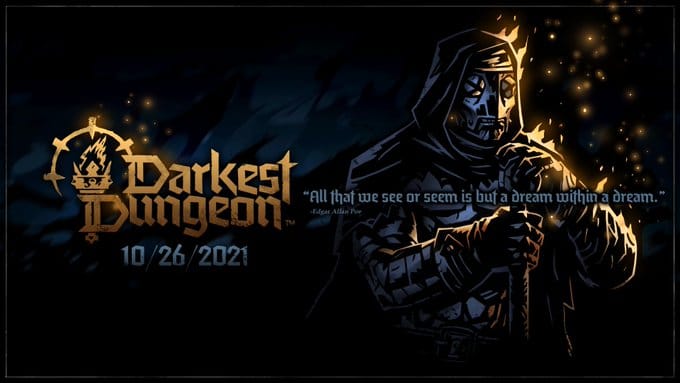 Developer Red Hook Studios has recently announced that Darkest Dungeon 2 will release in early access on the Epic Games Store this October 26th, 2021. The announcement was made via Twitter.

According to the developer (via Steam Discussions), Darkest Dungeon 2 will be exclusive to EGS during its time in early access. The version 1.0 will be made available to other PC storefronts. There are no current plans for a console release.

It should also be noted that Darkest Dungeon 1 was in early access for nearly a year. The company reasons that a yearlong period is a good goal which allows for lots of additions and refinements, without becoming a perpetual early access product. They are willing to adjust it depending on feedback given to them.

Upon arriving on the EGS, it is expected that the early access version of the game will contain 60% of planned content (this includes heroes, monsters, environments). This was also the case when Darkest Dungeon 1 was in early access.

About the game (from the EGS page)

The Eagerly awaited follow-up to Red Hook’s smash hit gothic horror RPG! DDII will test your mettle and drive you to the brink of madness. Armor yourself with purpose and provision your party for the journey ahead. It will be arduous.