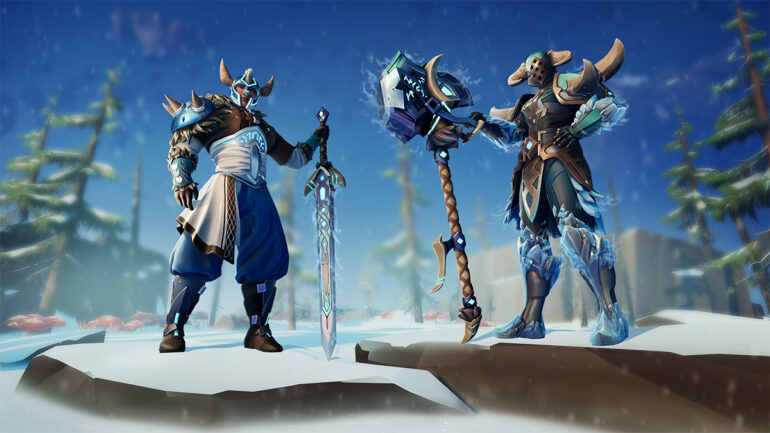 The Reforged update is a big new change to the game and Phoenix Labs has been hard at work in developing and improving the core experience of the game.

Players can now enjoy drop-in/drop-out hunts and the downtime between hunts has been greatly reduced. They can now stay and slay without worries. Hunting Grounds is the game’s biggest and most ambitious hunt type yet, which was designed from the ground up to offer different activities. This offers 18 handcrafted islands to explore with a variety of fauna, treasures, and the Behemoths.

Gliders will be a helpful tool for exploration in these islands. In the skies, players can easily find opportunities for gather supplies and experience.

The biggest change in this game is the Slayer’s Path. It is an all-new branching progression system that allows players to choose their path through the Shattered Isles. It is made up of two types of paths, which are the main path and the side paths.

Gaining a milestone on the main path will also offer access to the side paths. These are long, branching paths that are made up of nodes that can do all kinds of things. It can unlock new islands and hunt types that can grant players weapon mods and passive bonuses.

Armor and weapon progression have been reworked in Reforged. The Incremental upgrades have been replaced with a new tier system, which makes items more immediately useful. There are also weapon skill levels, reforging, and power surging.

Players can level their weapons from 1-20 by just hunting in the Shattered Isles. When their weapons reach 20 in weapon skill, they can now reforge it. By reforging the weapon, it resets the skill back to level 1, but it will reward them with an aetherheart. Use that to power surge any piece of gear. This will boost its power significantly.

There is also the Hunt Pass that will launch together with Reforged. The Cold Front Hunt Pass offers two brand-new sets of armor skins and two rumor quests chains. Completing the requirements will unlock unique cosmetics.