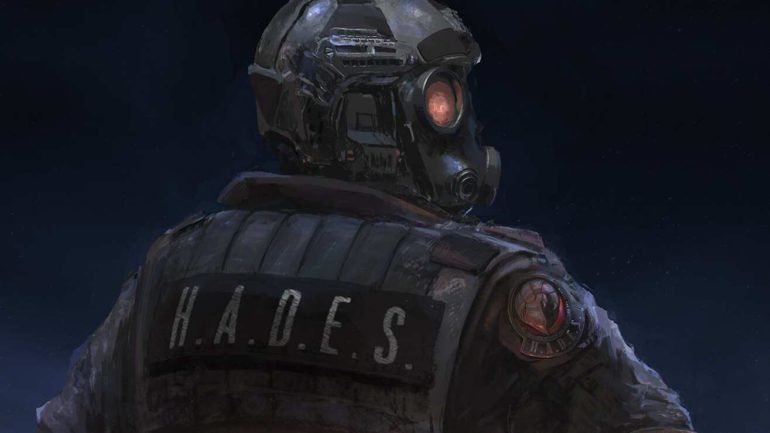 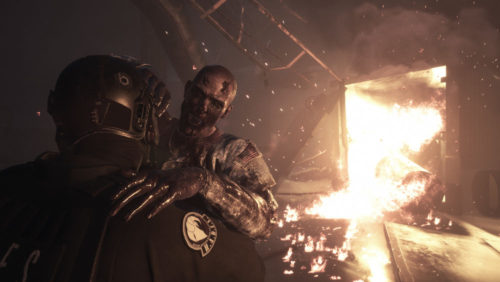 When trying to pay homage to one of the most pioneering franchise that started survival horror, it’d be best to forge an identity unique to your own. As charming as the callback and obviously Resident Evil inspired Daymare 1998 is–complete with cheesy lines and bad voice acting–it fails to set itself apart from its inspiration. Playing through this game, I’ll only ever remember it as “that one game that tried to be Resident Evil.”

That being said, Daymare 1998 can still be a fun game to play. Albeit, it’d be best to head into it knowing that it has some critical flaws.

For the very first time you take control of your character, you’ll notice that controls in Daymare 1998 are quite hard. Perhaps there is a difference between the PC and console port, but my experience with how the game plays in the PlayStation 4 has been less than stellar.

Moving around can be quite rough. It isn’t as fluid with a joystick. The camera can also be quite painful in the eyes. Unlike the videos I’ve seen online, it seems that the console version for Daymare is stuck at 15 frames-per-second in certain moments. It doesn’t seem to be anywhere near as smooth as it is on PC.

Unfortunately, I found this to be a big problem. Playing through the game for a set period of time was stressful to the eyes. Perhaps the experience is better for other ports, but I found playing the game on the PS4 to be a very painful and limiting experience.

One section of the game had me running through a forest to get to the parking lot. And the trees and grass popping-in were so painfully obvious, that it was clear that the game’s engine was having a difficult time keeping up with the gameplay more especially obvious in open areas.

What Invader Studios managed to accomplish with Daymare 1998 is quite impressive considering their limited budget and small team of developers. There’s clearly passion put into this game by those who made it. That being said, it’s clear that they weren’t ready to port the game to console.

Daymare 1998 is an over-the-shoulder third person survival horror. It follows the old school survival horror footsteps and should be familiar for those who have played Resident Evil in the 90’s. That being said, is it worth your time and money? Read our thoughts and find out for yourself.

The plot of Daymare 1998 is quite straightforward. Minor spoilers ahead for the very first mission of the game, but you’re sent into a laboratory in the middle of nowhere in a stormy night–responding to an experiment gone awry. You quickly learn that you’re not playing as the good guys when the HUNK ripoff you control shoots one of the injured security personnel on site without a hint of remorse.

After completing a series of objectives in the area and promptly leaving via air, you are then betrayed by one of the more morally black members of your squad. Which isn’t saying much considering they’re working for an Umbrella-esque organization. This betrayal causes their aircraft, carrying dangerous biochemical weapons, to crash land into a small town in the middle of nowhere–infecting the whole area and turning most of everyone into zombies.

It sounds like a good setup for a survival horror experience. Or at least it would be, except for the fact that the enemies are hardly terrifying. The infected that you fight through the ordeal aren’t scary at all. It could be perhaps because of the terrible way they’re animated making them come off as goofy than anything else. When they grab hold of you, they don’t really do anything gory like rip your flesh off, instead opting for barfing acidic chemicals at you as you quickly tap a button to push them off.

One super zombie mutant I had to face was so laughably ugly, I couldn’t help but think he was a scrapped concept design from some college student’s animation project. While I can tell that Invader Studios did their best to set up the atmosphere, it becomes really difficult to be scared when the enemies you encounter aren’t really that imposing.

Speaking of which, the character designs come straight towards uncanny valley. Though that doesn’t really take away from the experience, it’s very noticeable. They’re almost like the mannequins you see when window shopping. And they move just about as stiff as you’d expect them to. To say nothing of their bad voice acting and the flat delivery of their lines.

It’s difficult to find most of the cast you control to be anything noteworthy. Throughout the story, you’ll switch perspectives between three different protagonists, all with their own section of the game and variety of weapons. Unfortunately, with the exception of one of the three, they’re honestly rather forgettable. The only protagonist that I found mildly interesting was a forest ranger that suffered from disturbing hallucinations.

There are a few questionable mechanics that Invader Studios add to Daymare 1998 that gives their game a bit of a learning curve. For one thing, reloading in this game is a bit more realistic than others. It isn’t as simple as pressing a button. The developers added a touch of realism in that you have to manually input bullets into your magazine as well as discard them–bullets inside included–on your whim. This means that you have to keep your habit of reloading for that every one bullet that you lose in check.

Reloading during combat also comes with its risks. You can reload faster by dropping the magazine to the ground, or hold down a button to store the magazine back in your inventory. The former decision means that you lose all the ammunition and magazine momentarily–thankfully you can also go pick it back up again. The latter means that you have your magazine neatly tucked away inside your inventory to switch up again anytime without having to pick it back up again–however since this takes longer, you leave yourself vulnerable to any incoming attacks.

While it’s a different approach from all the other survival horror, there never really comes a time where you appreciate such a mechanic. If anything it comes off as a hindrance, momentarily slowing you down from your journey than adding anything to the experience. I never experienced a moment where manually adding bullets to every individual magazine added to the intensity.

Running out of bullets or if you need space, you are also capable of doing a melee attack. Though I experimented with this, and it does no damage whatsoever. Its only goal is to give you enough room if an enemy gets too close. But if you do take damage, healing items are also present. Though use them too often in a short amount of time and you’ll risk addiction. You can also mix medical supplies together to create something more potent.

Daymare 1998 has you following a linear pathway with little chances for exploration. The environments are done well and feel lived in, but as I mentioned there are certain areas in the game where pop-ins are very obvious. Unlike its inspiration, Daymare 1998 isn’t really an explorable labyrinth filled with puzzles. Although you will encounter a series of puzzles along the way that you have to solve in order to progress. Some of these puzzles be quite the challenge.

Overall, the gameplay does the job but it’s seriously sluggish, clunky, and uncomfortable.

I can’t deny that I had some fun with Daymare 1998. However, there were a lot of things that were hindering me from fully enjoying the game. I feel as though the game would have been better if it took more inspiration from the Resident Evil 1 Remake–with fixed camera angles and tank controls instead.

If you’re looking for a survival horror zombie game to play after the Resident Evil 3 Remake, then perhaps Daymare 1998 on the console isn’t it. If you really want to try this game, I’d recommend going for PC instead. But right now, with its technical limitations, sluggish controls, bland and uninteresting story, generic characters, and questionable game mechanics I can’t quite recommend Daymare 1998 to anyone. 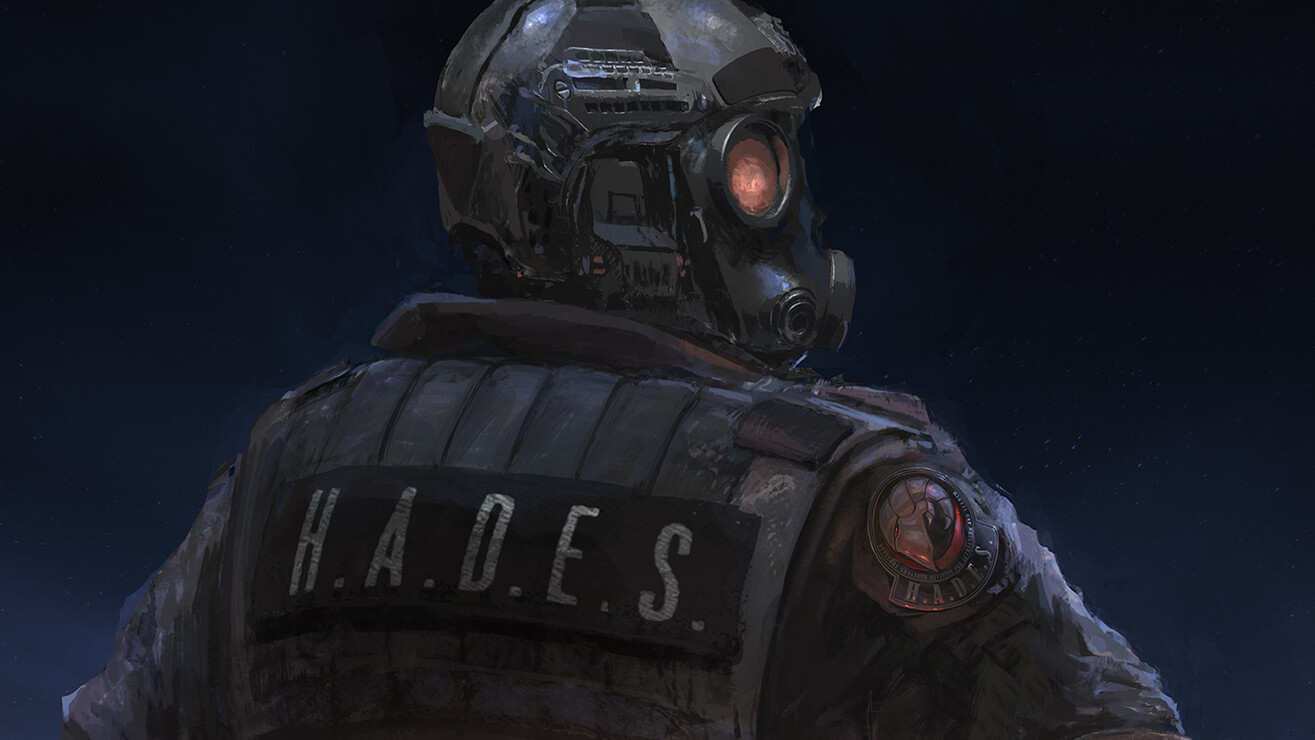