The latest Devotion Tome introduces and confirms this character's identity. 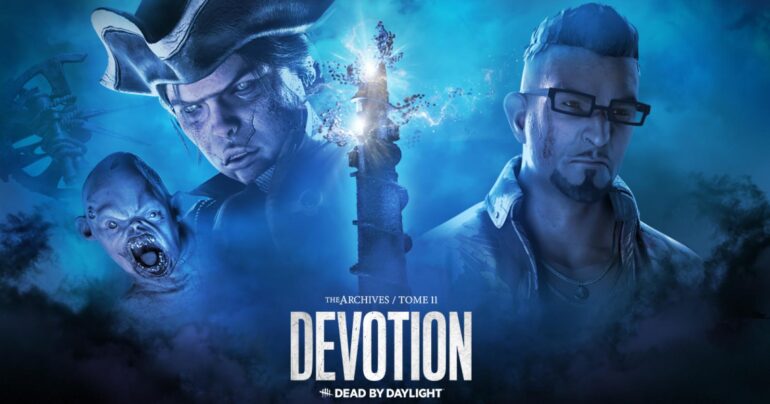 A new trailer was recently released titled Devotion. This is the 11th Tome that will be added to the narrative Archive mode. It will include the following:

David King is a favorite among the fans as a survivor and was described the developers as a hot-tempered ruffian with a penchant for a good scrap. Several fans have perceived him as a gay character, but with the new Tome, it has officially confirmed his identity with details of his struggles.

Dead by Daylight Creative Director Dave Richard spoke to media outlet Eurogamer explaining the reason for them not giving any background for their characters. He revealed they wanted the characters to leave them open to interpretation, but now he admits it was wrong. He now thinks relationships are important parts of a character’s narrative.

“It was a long effort to get here today because we wanted – like any type of representation that we do in DbD – we wanted to make sure that we do it right, that it’s not token, and that players will feel represented by this character,” Richard says.

“For us the best platform to do it faster, and in the right way, was the Archive, because the Archive is the platform in the game where we can go in-depth in the narrative, versus a new chapter where we focus more on the horror and why they’ve been taken by the Entity.

The team chose an existing character rather than creating someone new. They also asked advice from LGBTQ+ organization GaymerX to choose the right character.

“Working with a game team so dedicated to bringing a queer narrative to life in their game has been a gratifying and inspiring experience,” said Katie Kaitchuck, executive director of GaymerX.

“David King is a loved character, a youthful character, he is loved by a lot of players, the LGBTQ community already considers this character in their fan love story as being gay as well. So it was a great fit to tell an amazing story,” says Richard.

“It’s definitely not over,” he continues. “Now that we accomplished this part, other content of this type will happen in the future as well. Just like when we explore various cultures around the world and our content for representation, we never stop just at the one character. And so it’s something that we plan to come back to in meaningful ways in the future.”