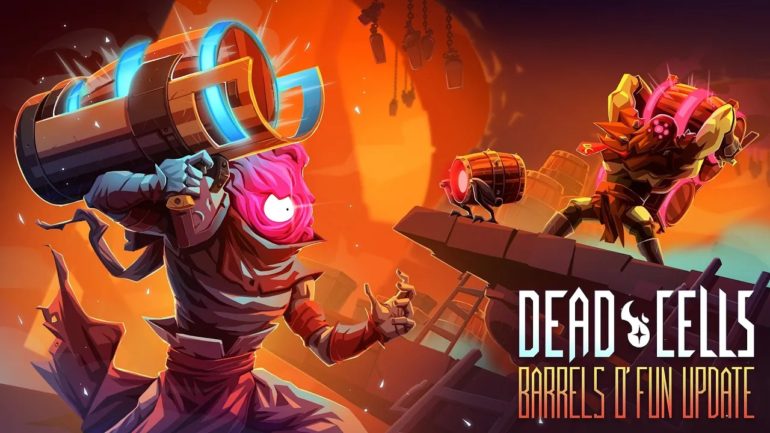 The newest update is now available on Steam with the console versions coming later this summer. This is also the 20th update to the award-winning video game. This new content allows players to visit an industrial playground of doom complete with broken bottles, barrels with some that can be interacted, pipes venting steam, and other now-defunct remnants of a once-functioning distillery.

New enemies can be encountered in this new area where they throw big explosive barrels on the players’ way. There are also new mimics that will hide among the benign barrels in the corridors. They can be easy to dispatch, but if not done quickly they might self-destruct which makes them equally dangerous.

Players will also get new weaponry to fight these new enemies like the Barrel Launcher. It is a bazooka-style weapon that fires bouncing, exploding barrels.

Winner and nominee for dozens of Game of the Year 2018 awards, Dead Cells is a critically-acclaimed roguelike metroidvania action platformer set within an unpredictable castle packed with dark secrets, game changing items and hordes of deadly beasts. Players face tough risk-reward decisions, building their loadout from an incredibly diverse arsenal of weapons and abilities in the hopes of dodging the castle’s omnipresent threat of permadeath. A steady series of post-launch updates addressing fan feedback has evolved Dead Cells, keeping its action-centric adventure as surprising as it is rewarding.