Characters from Symphony of the Night. 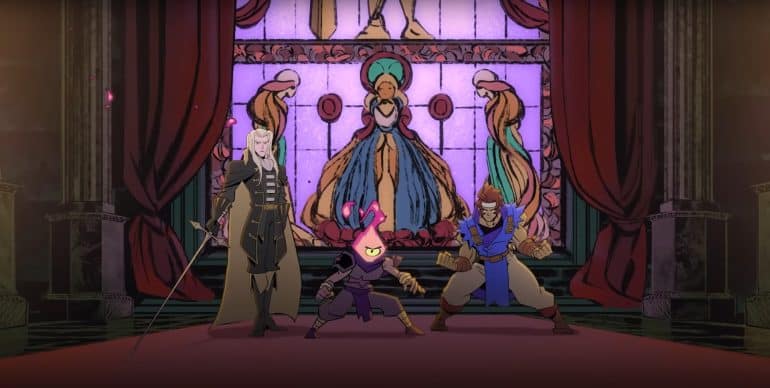 Motion Twin has recently released a new trailer for Dead Cells Return to Castlevania at The Game Awards 2023 revealing a new collaboration for popular game.

It was revealed Dead Cells will collaborate with Castlevania later in Q1 2023 and will include fan favorite characters Alucard, Richter, and Dracula.

According to a new announcement, Dead Cells Return to Castlevania is the biggest DLC for Dead Cells to date. This will launch early next year on PC and consoles.

Ben Laulan, co-founder of Evil Empire and COO said, “Like so many millions of players around the world, we are huge fans of Castlevania and remember vividly what playing it for the first time felt like. It opened up a world of possibilities and potential for so many games to come, including Dead Cells. The original inspiration – the roots of Dead Cells – was born from a shared passion for the Castlevania franchise. We are so excited to bring this DLC to fans of Dead Cells and Castlevania early next year. It means so much to us to be bringing this to fans of both franchises.”

The coming DLC unfolds a new storyline in which The Beheaded is approached by Richter Belmont following the appearance of a strange, malevolent castle. Drawn by the promise of new loot more so than an ethical sense of duty, players will need to harness their utmost undead fighting skills to defeat the evil within. Packed with new loot, creative-but-deadly new weapons, loads of enemies begging for a stake through the heart and more, this is the largest and most ambitious DLC for Dead Cells yet.