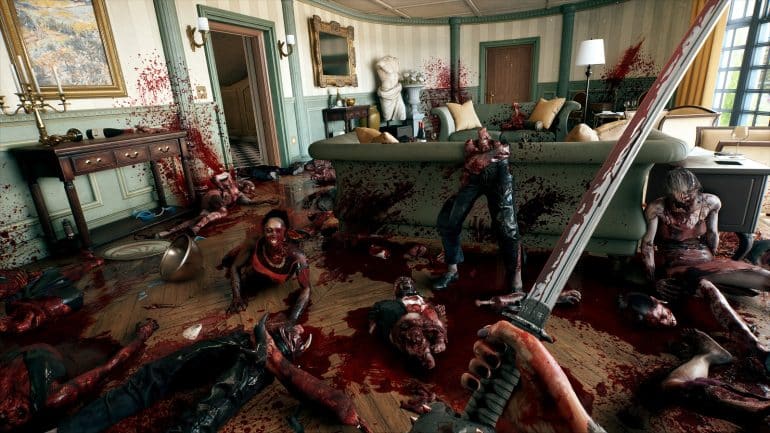 Deep Silver has recently concluded the Dead Island 2 Showcase and has revealed a lot of new gameplay and information with details on a special edition.

The Dead Island 2 Showcase is a live-action pulp-adventure that stars three fictional characters surviving in a world similar universe to Dead Island 2. The military is all dead and it is up to the survivors to find a safe haven where they can live for another day from the virus outbreak and zombie hordes. They find an abandoned mansion of a local video game and movie producer in Los Angeles’ Hollywood Hills, only to discover that there is no safe haven at all.

The new Welcome TO HELL-A Trailer was also released during the Dead Island 2 Showcase which features the in-game characters Jacob and Amy on a picture postcard tour. Fans get to watch unique gore tech, upgradable weapons and combat system, and the new zombies.

To make all stylish, all of the usual tourist attractions are there from Beverly Hills to the shores of Santa Monica. Even the Hollywood sign is there but has seen better days.

Gameplay is Gore, Gore is Life

Gameplay is gory as ever where players can slice, kick, stomp and burn using various weapons like katanas, machetes, swords, hammers, guns, and many more. Even a plank of wood can be used. Dead Island 2 features the Fully Locational Evisceration System for Humanoids or F.L.E.S.H. for short. It is cutting-edge technology designed to deliver the most gruesome zombie experience ever seen in a game. Weapons can still be improved with upgrades and add-ons and players can exploit their zombie infection which can unleash powerful abilities.

Alexa, Hit that Zombie for Me!

One interesting feature is the Alexa Game Control. Just as advertised, players can use their voices to perform in-game actions. It will be available on Xbox and PC in English in the US, Canada, and United Kingdom.

Players can now pre-order the Dead Island 2 Limited Edition called the HELL-A Edition which features a lot of unique items from the game’s world for awesome immersion for a fan in you.

Pre-order any edition of the game to get the Memories of Banoi Pack. It features two unique weapons that celebrate the original Dead Island game and a special skill card.

The Memories of Banoi Pack includes: