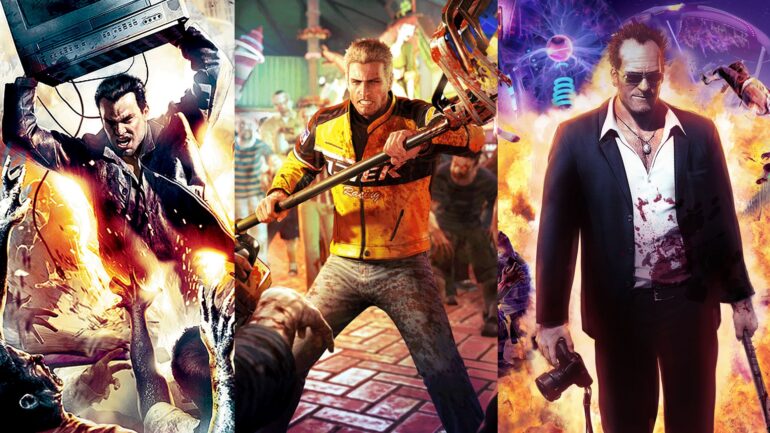 This year, Capcom has been on a zombie killing spree with the releases of the Resident Evil ports on current-gen consoles. A lot of shooting zombies and managing your inventory, all with the power of your PS4 and Xbox One. Now, the zombie fever continues with the Dead Rising Triple Pack  coming to the PS4 and Xbox One, but are these ports a war worth covering or just a bunch of sluggish zombies limping towards you?

Coming back to the Dead Rising games was a pleasant walk down memory lane. Being able to just mow down a mob of zombies with anything at your disposal is what these games are all about. You want to chop a zombie in half with an axe? Go. You want to plow through a crowd with a mall garbage bin? Sure you can. Who would want to use a gun, when you could use a hockey stick and just pepper the undead with a ton of pucks. There’s just no other game like Dead Rising, however that’s not entirely a good thing. 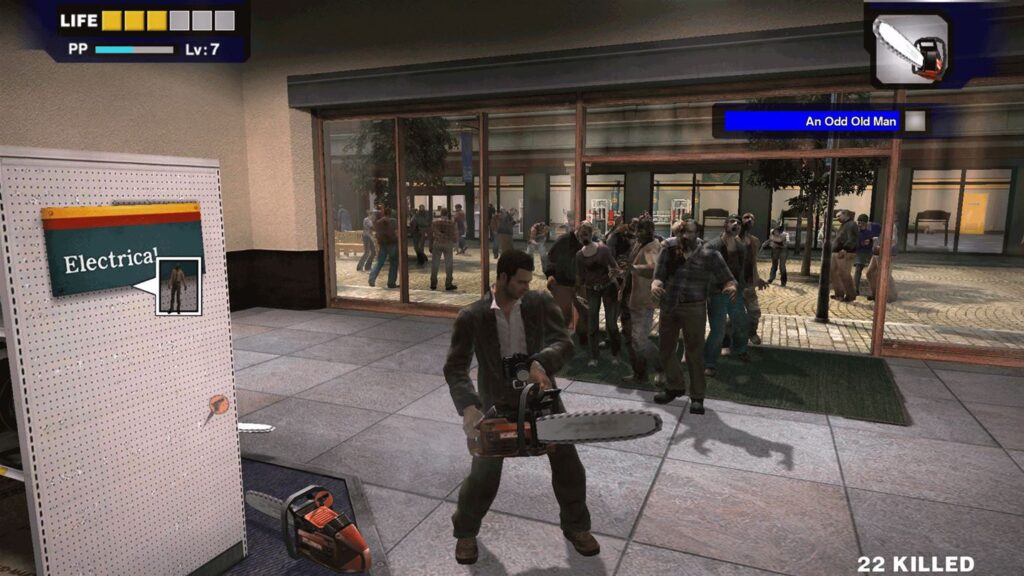 Since these games are from a previous generation, there is still some age being shown after being brought into the present. The core of the game is to just kill lots of zombies with different weapons. For the first few hours that’s fun and great, but after you’ve gone past your 1000th zombie, it can get quite stale. There will definitely be a point where you’ll feel that the novelty of killing just becomes a chore, where you dread going through a giant crowd just to get to your next destination or survivor. Back then it was enough, now however it’s not as fun as it used to be.

Between the three however, Dead Rising 2 and Dead Rising 2: Off The Record are the ones that have managed to age better. The visuals hold up more than the first Dead Rising, as the first game just looks like a game from the PS2 with the resolution bumped up to 1080p. Also, the games flow a lot better gameplay wise, where the time mechanic is more forgiving and it’s a lot easier to escort survivors. Still, these games suffer from a thing of their time and are no longer the gameplay wonders they once were. 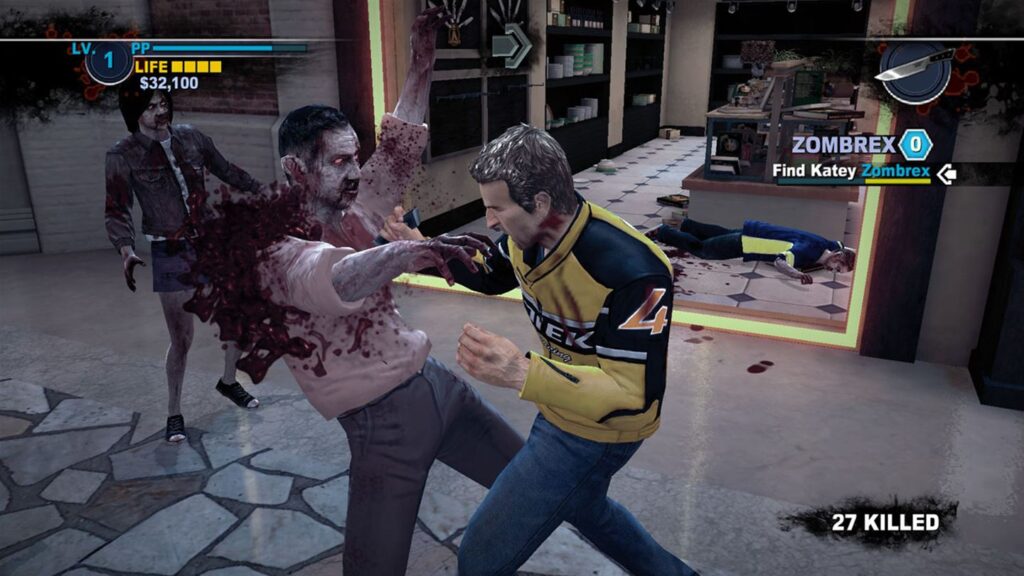 Also, despite being bumped up to 1080p/60fps, the games still suffer from slow down and frame stuttering, especially when attacking a huge group of zombies. This is inexcusable given that this is on new hardware, so this is down to just poor optimization without proper tweaking to utitilize the power of the current consoles.  So, yes these games look better than they’ve ever been, but they still suffer from past blemishes that were caused by old hardware.

Besides the slight graphical bump, there isn’t much added to the games either. They’re just plain and simple ports, nothing more. Don’t expect a “Behind The Scenes” or a “Making of,” because it’s not going to be there. This seems like a wasted opportunity, where it would be interesting to see the developers being interviewed on how they conceptualized a game of this type, especially given the novelty of it at the time. You do however get all the DLC costumes, adding more aesthetic to Frank West or Chuck Greene for your zombie killing spree, but these don’t add any depth or game mechanic tweaks. After all that, this makes the asking price a bit much considering you could probably get the original copies for a lot cheaper.

Missing from the Triple Pack are the Dead Rising 2 DLC story packs for Dead Rising 2 — Dead Rising: Case West and Dead Rising: Case Zero. The former is set after the events of the game, and sees Frank West team up with Chuck Greene as Frank investigates further on a tip he had received. The latter — Case Zero — is a prologue to Dead Rising 2, showing the events leading up to the game and how Chuck Fled with his daughter Katey after the zombie outbreak had occurred. This is a strange omission since they do fall under Dead Rising 2, especially since Off The Record  is present. This would have been a great addition as then it would house all the content under one package.

Overall, the Dead Rising Triple Pack is a vanilla porting of the three games, with not much added even in the visuals department. It’s disappointing and can be a bit steep of an asking price to revisit these games without any incentives such as commentary or developer diaries. If you’ve never played these games before, then go ahead and give it a shot. For long time fans of the series, however, it’s best you stick with your old copies and just play the new Dead Rising 4.