Listen to the sound of dark and deadly space. 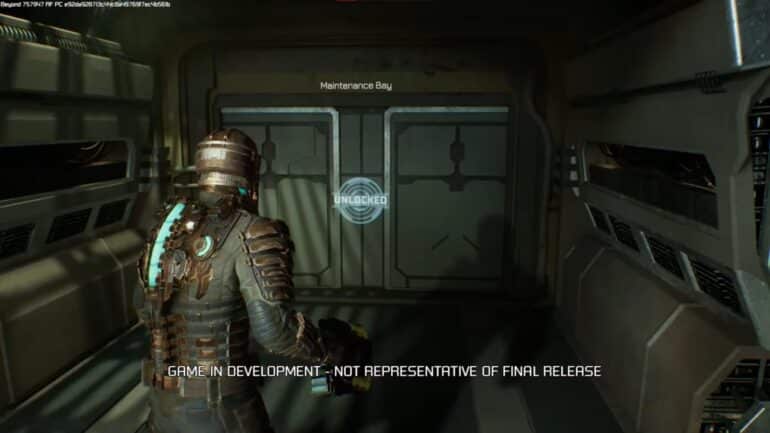 On the official Twitter account of the Dead Space franchise, Motive Studios attached a video that showed an animated image with the release window of the remake. They confirmed the game will be released in early 2023. If it is going to be early parts of the year, then it could possibly be between January to May. We will just have to wait for Motive Studios to release more information at a later time.

With the big reveal of the release window, Motive Studios then shared some details about the game and one in particular focused on audio improvements. The short three-minute video featured a comparison between the audio effects from the original and the remake. Technical Audio Artist Mike Dominiuk was the one explaining the technicalities of the audio improvements.

Dominiuk first made a comparison between the iconic Plasma Cutter from the original and the remake version. The first one obviously is familiar to any Dead Space fan, but the remake version had a slightly better audio. He then explains how they design the sound effects of a weapon by making several audio layers with an example of the Plasma Cutter

The next part of the video focuses on the Pulse Rifle. The original audio of the weapon had a softer audio of the pulse rifle and somehow did not have the impact. The remake, however, had more impact. Viewers could heart the echo behind the shots.

Another video was narrated by Lead Sound Designer and Lead Audio Tech Jean-Francois Tremblay talking about the Audio Occlusion technical improvements of the game. It gives players a whole new audio experience due to its realistic audio projection. It has more accurate sound positioning and distance attenuation and filtering. There were also comparisons between the original and the remake, which had vast differences.

The third video focused on the A.L.I.V.E System of the game, which governs the audio effects of Isaac’s heart rate, breathing and dialogue. A.L.I.V.E stands for adrenaline, limbic system response, intelligent dialogue, vitals, and exertions. Senior VO Designer Terry Calico explains these audio effects in the video saying that the responses of Isaac in the game would offer another immersive experience to the player. It helps create that feeling of terror of being in space and alone with monsters that are out for blood.

There is also another video that just showcases how the game looks and sounds like in the current build. It has the atmospheric, weapons, and other sound effects.