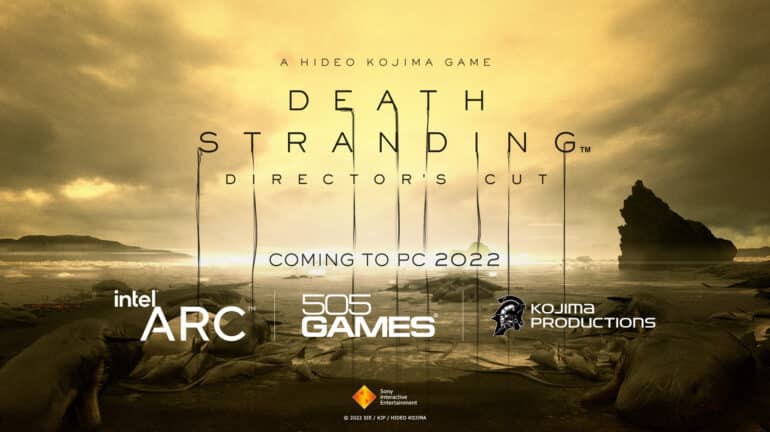 Publisher 505 Games and developer Kojima Productions have announced that they will be releasing Death Stranding Director’s Cut PC and it will launch simultaneously on both Steam and Epic Games Store in Spring 2022.

According to 505 Games, Death Stranding Director’s Cut will, for the first time, incorporate Intel’s new Xe Super Sampling (XeSS) graphics technology for an enhanced experience for PC players. XeSS uses machine learning to enable players to explore the unique environment of the game in high graphical detail along with elevated performance.

“The Death Stranding player base hold a very special place in our hearts here at 505 Games”, says Antonela Pounder, director of global community.

“Thanks to the overwhelming support we’ve received across social ever since we initially announced Death Stranding PC back in 2019. Since then, we’ve been on quite the journey together, we’ve ran several super cool events with our community, and we can’t wait to do more of that going forward!”

In the future, a mysterious event known as the Death Stranding has opened a doorway between the living and the dead, leading to grotesque creatures from the afterlife roaming the fallen world marred by a desolate society.

As Sam Bridges, your mission is to deliver hope to humanity by connecting the last survivors of a decimated America.

Can you reunite the shattered world, one step at a time?