Decision Red Daze Prepares for the Horde’s Arrival Next Month 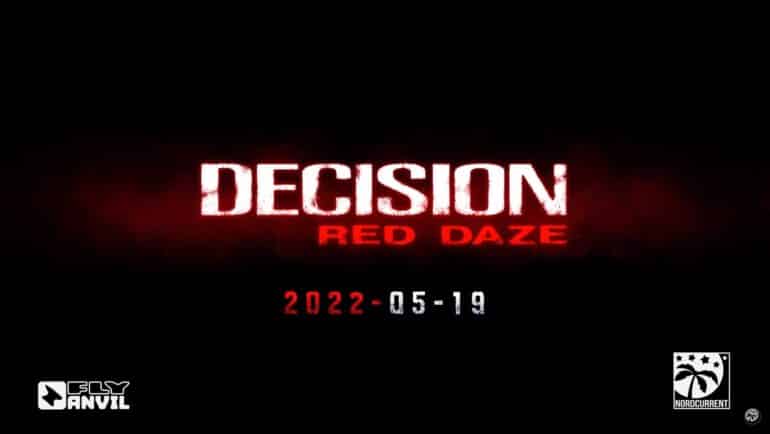 Publisher Nordcurrent Labs and developer FlyAnvil have announced today that their thrilling post-apocalyptic Action RPG Decision Red Daze will be released on PC (via Steam and GOG) on May 19th, 2022. The game offers players a unique blend of genres: deep and engaging survival and crafting mechanics systems that will force players to think and compromise in order to survive nerve-wracking tower defense sections.

To celebrate the announcement, Nordcurrent Labs released a new trailer, which you can watch below!

“You’ve survived the Red Daze, the mutants, the infested. You ventured into the Red Bowl and lived to tell the tale. But that’s just the beginning for you – survival is a neverending struggle, and if there is the hope of ever finding a cure, it will take all your wits, bravery, and leadership to help your people live to see it…

Decision Red Daze is an isometric action RPG with a unique mix of survival and tower defense mechanics. As the Red Daze engulfs the continent, leaving destruction and horribly mutated monsters in its wake, survivors are the only glimmer of hope the human race has. Protect and lead a group of survivors in the infamous Dust Bowl, where the Red Daze is most prevalent.

Resist the onslaught of the infected while looking for other survivors to expand your base, and trying to find a way to escape the pandemic – and, hopefully, find a cure for it. Feel the adrenaline rush fighting back hordes of horrible zombies, mutants, and other deadly creatures.

If you want to take a further look at the world of Decision Red Daze, Nordcurrent Labs is publishing a series of dev diaries on the game’s Steam page offering an exclusive look at many of the game’s mechanics.