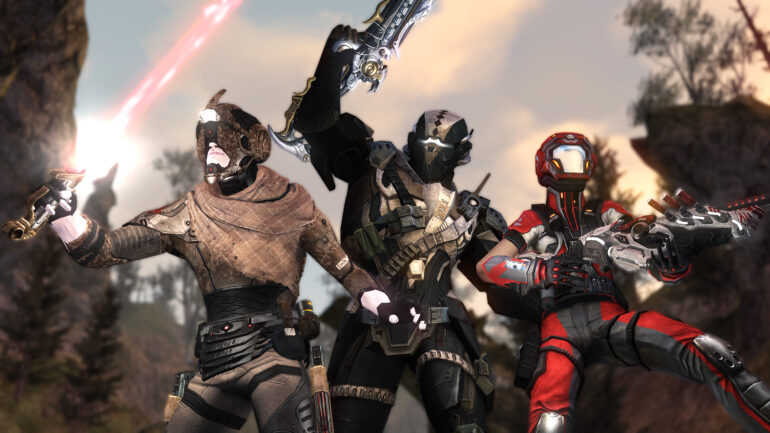 Trion Worlds is thrilled to reveal the next title set in the Defiance universe! A reimagined sci-fi shooter experience for current gaming hardware, Defiance 2050 takes the exciting story and groundbreaking gameplay of the original game and gives it a major overhaul. Defiance 2050 launches on PS4, Xbox One, and PC this summer.

Twenty years have passed since the catastrophic Arkfall event left millions of Votans dead and Earth terraformed into a nearly unrecognizable post-apocalyptic landscape. In Defiance 2050’s version of San Francisco, players are transported to a dynamic open world where they can explore and fight in skirmishes and story-driven missions on an epic scale. Players will engage in massive cooperative battles with their friends, utilize hundreds of distinct weapons and skills, and take on huge alien threats as they explore transformed futuristic environments.

Defiance 2050 recreates the original game from the ground up to be representative of the current generation of consoles. From updated textures to improved resolutions and framerates, Defiance 2050 is a marked improvement over the original Defiance.

Defiance 2050 is more than just a simple graphical remaster, as the game’s systems have gotten major improvements to create the definitive version of the game. Today’s consoles and PCs enable the dev team to implement features and upgrades that fans of the game have been clamoring for, while advancements in hardware allow for action on an even larger scale than before, with more players able to take to the battlefield in white-knuckled combat.

“Defiance 2050 has been created with the original game’s community in mind,” said Matt Pettit, the Producer of Defiance 2050. “The team has been listening to feedback and taking some helpful cues from fans to really create the Defiance experience that people have wanted for a long time. Defiance 2050 marks a shift for the game that goes beyond the change from the year 2046 to 2050, and we are absolutely thrilled to hear what people think of it.”

Prior to launch, Defiance 2050 will be entering a closed beta period that interested players can sign up for and receive more information on in the coming months. Player feedback is essential, so fans are encouraged to sign up and offer insight on the game prior to its launch.