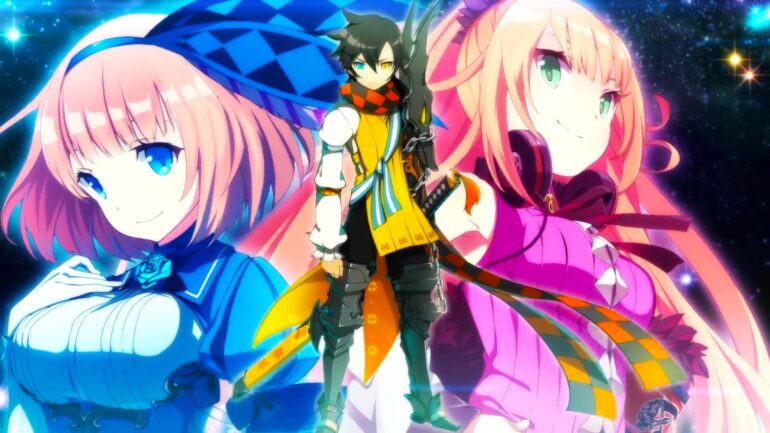 Let all who enter dungeons sate their desire for exploration, treasure hunting, and conquering but never forget the unique way it begets the sense of adventure in everyone. 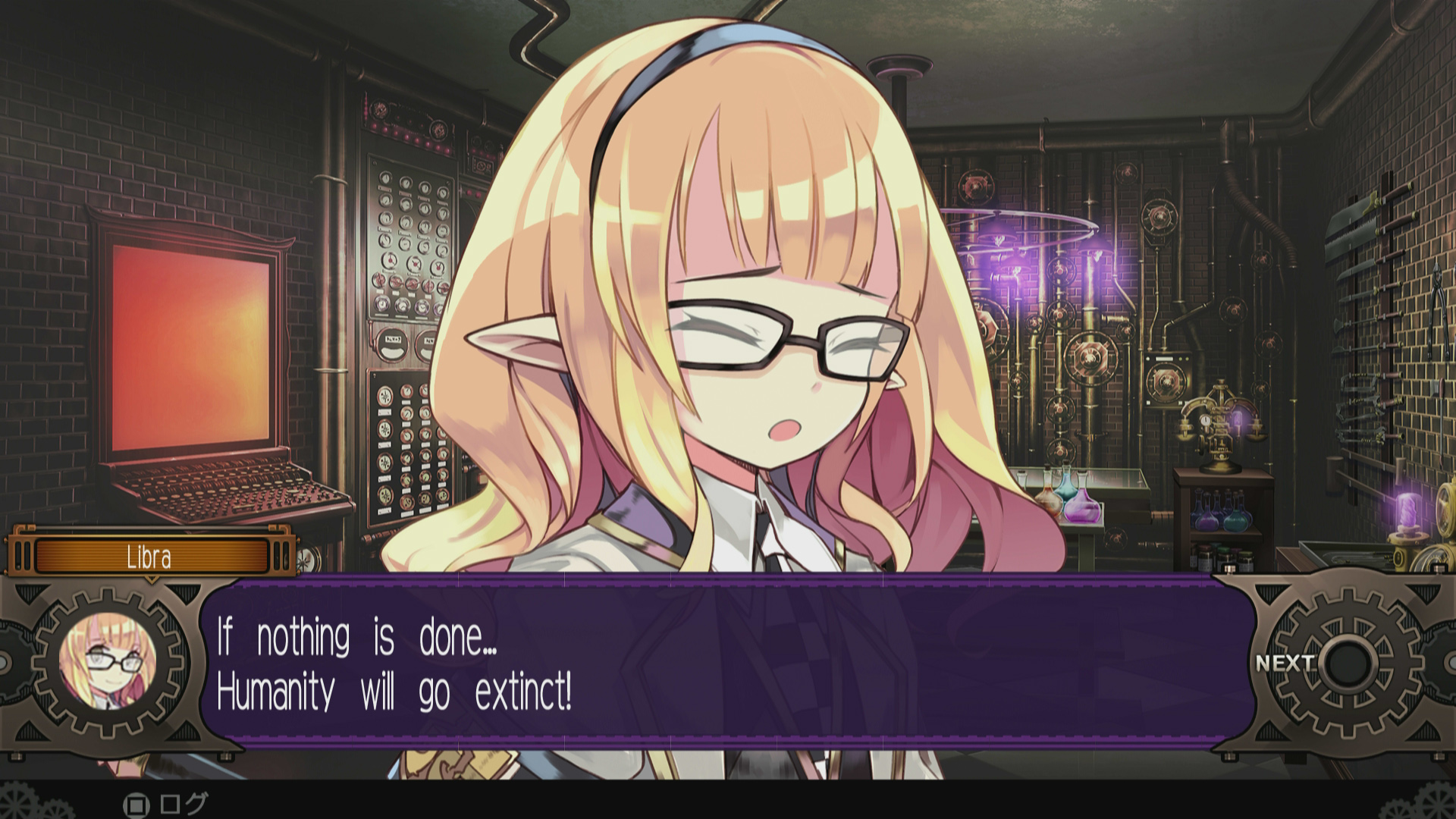 The game starts off with our protagonist having lost his memory in a dungeon and then he eventually meets his forgotten allies as well as an innocent looking demon and a mysterious boy. Chaos then ensues and he awakens to his power of being a Demon Gazer, which means that any demons he defeats becomes his allies. Now before I go any further, I should state that I don’t know what happened in the 1st game, but Demon Gaze II doesn’t seem to show much in terms of information or anything that requires knowledge of the plot in the 1st game.

Once he and his allies get back to home base, he gets a rundown on their situation and while trying to remember his past. He has to aid in the rebellion against the ruler of the city of Asteria, Lord Magnastar. The revolutionaries try to gain Star Power in order to fuel their rebellion as well as gaining listeners through their radio broadcast; and not to mention they’re running an inn called Stella’s Place for their most dedicated supporters so there are a lot of things going on, but since their progression is neatly tied in together with the plot, it makes me feel like I have one less thing to worry about.

Since this is a JRPG, our main character needs to become stronger by gaining more skills especially as they level up since the skills are tied to the level and gather more allies so he needs to hunt them down by going around places called restricted zones to face the boss. Once the boss is defeated, our main character uses his Demon Gaze ability to capture them, against their will I might add and it also makes for some funny dialogue like “don’t look at me with those eyes! I’ll get dominated!” or something along those lines. 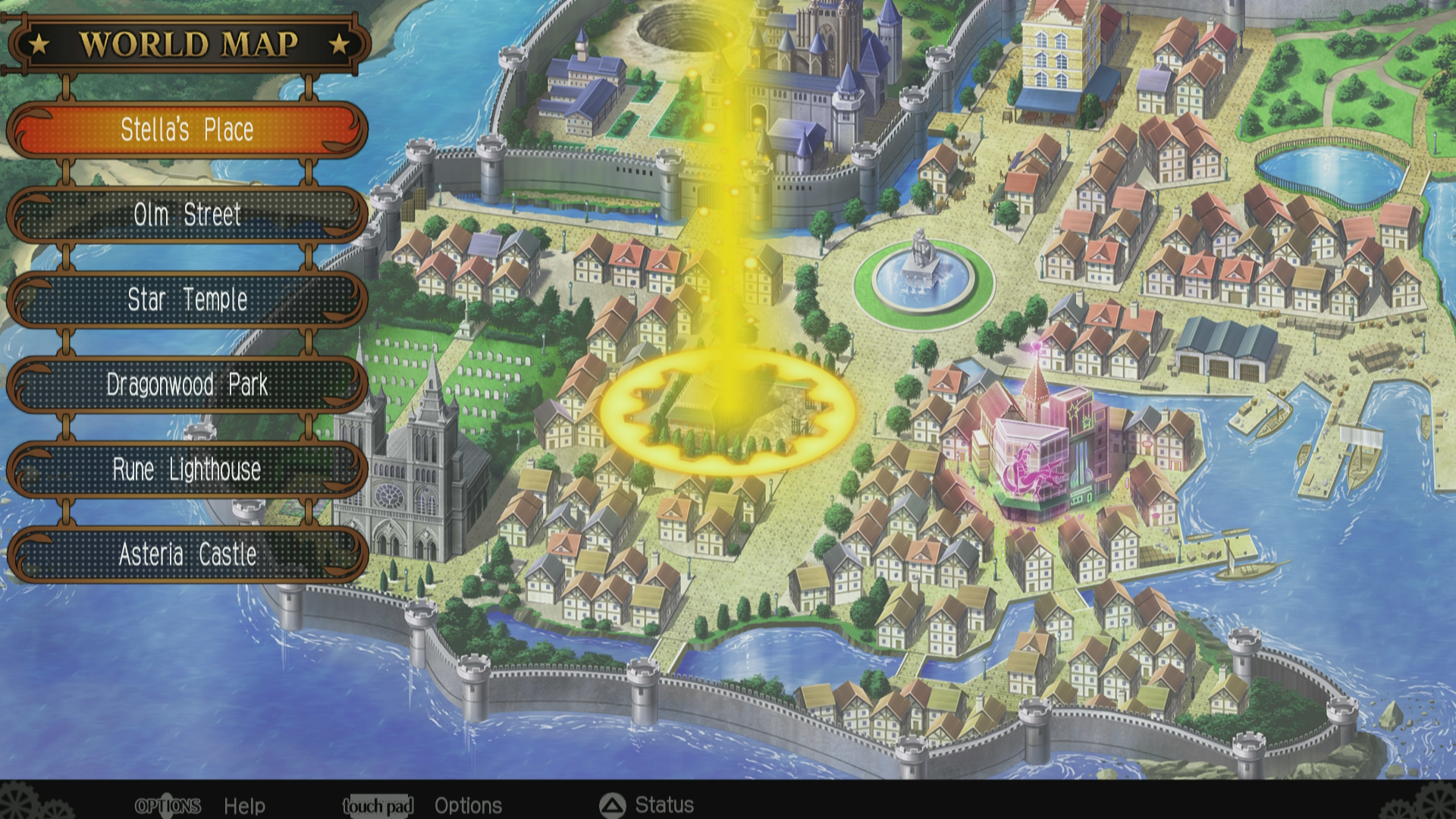 Our protagonist then has to head to the inn to give a report and eventually get his new demon ally where they become reacquainted. The inn is where you will spend the time to interact with the NPCs and your demons. You can go to the basement to shop for items and weapons, upgrade your weapons or destroy them for upgrade reagents, the 1st floor has the tavern then the showers where you can change your appearance as well as your demons and no its not as kinky as you think even if it is co-ed and there is a tiny bathtub in the background.

In the 2nd floor you get to see how your demons are doing either in their own rooms that you unfortunately have to pay for or in the joint room where its free of charge. The 3rd floor has your room, the manager’s, and her sister’s. Your room and your demon’s rooms can be decorated which adds stat boosts depending on the furniture which is a cool feature. The basement also has the broadcast room where the radio show is conducted so you can gain more star power and ratings. And the final room would be the “maintenance” room.

The maintenance room is where you can “bond” with your demons in order to unlock their full demonic potential and to do so you will need maintenance crystals that you can find after conquering a demon. To properly begin the “bonding” process you will need to find your demon’s “sweet spot” and the higher the level the more specific it is. Once you have raise the level you can then unlock a date sequence with your demons, yes touching comes first then dating. In my case, my 1st date was hilarious wherein the girl took me to my room, locked the door, engaged me in a strenuous activity that was practically against my will, then took off my pants and nearly took away my dignity before leaving the room. BEST. FIRST. DATE. EVER!

The world is isolated in the city of Asteria and you can’t freely explore the whole city so you just have to pick the places you want to go to and if its a dungeon then you can freely explore it. The combat system is pretty straightforward but I did like the option of repeating the previous moves pattern and whether or not you want a normal or quick battle sequence for each turn. It is also cool that the game lets you change the difficulty anytime simply by talking to one of the NPCs and makes it sound like a sort of quick ritual. 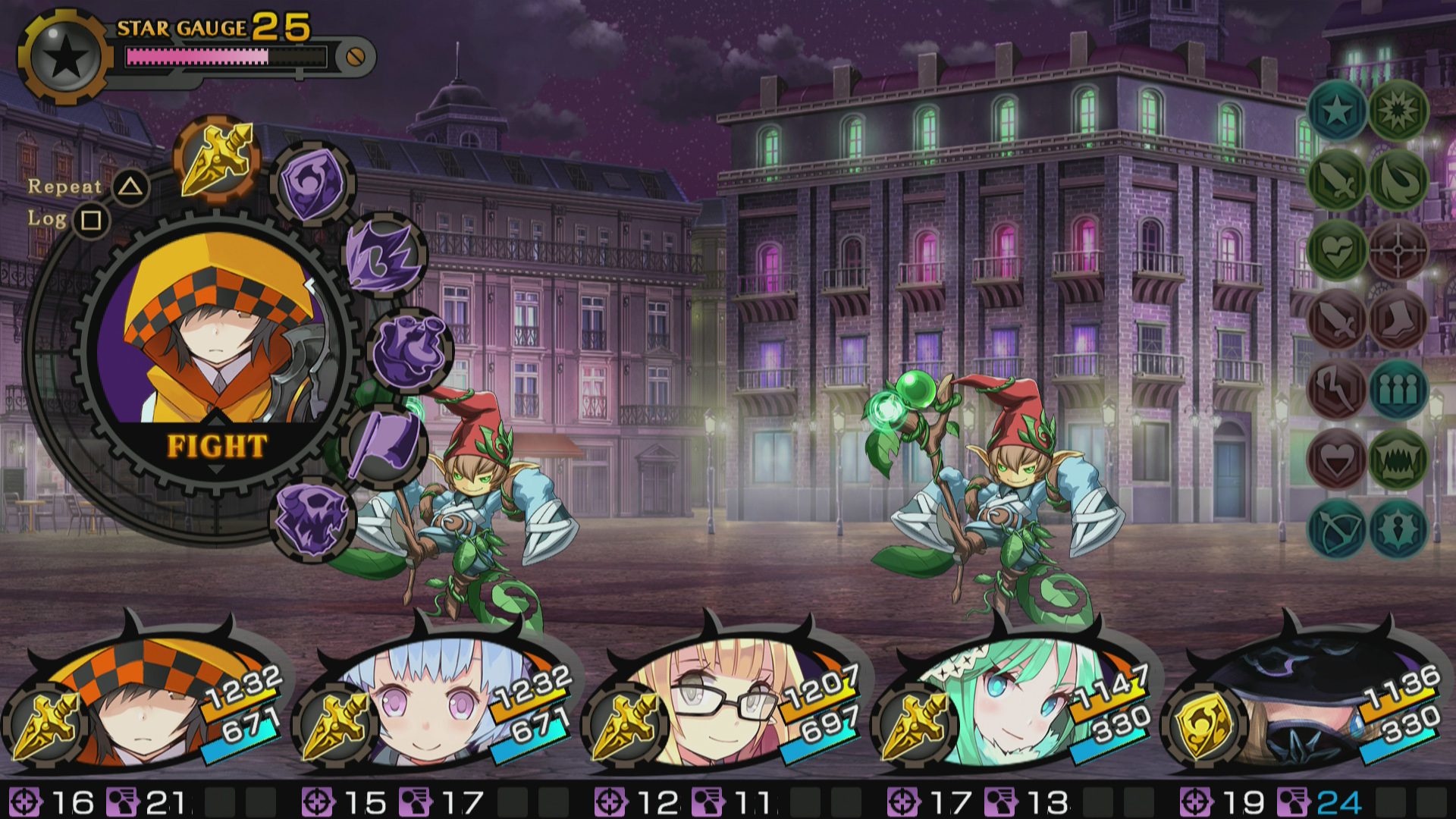 Crawling through the dungeons makes me lightheaded at first but one can get used to it after a bit of time and while there may be icons that indicate demon/monster fights there are also random encounters that happen without any indicator so be prepared. There are also hidden doors but one can see an obvious hint if they have a demon with the passive skill in their party and there are also many areas where you will be tricked at first glance and makes you panic if it ever happened in real life. There is a cool feature wherein you can easily go to a previously explored part of the map on autopilot which makes the game much more welcoming in my opinion.

One of the few gripes I have with the game is that you don’t have the option to pick a female protagonist. Even if your character preset look is that of a woman, to the game you are basically a trap, well at least you look feminine. Though to be fair, your demons are basically all females anyway but it makes me wish for the ever elusive yuri scenes even more. Then since it is also part visual novel, there’s also the choices that will pop up and no matter what you picked, there is no impact on how the story will end or even affect the current flow, there’s only a variation in response which kinda makes me wish they just removed this fundamentally useless feature. There was also one performance issue I noticed where the game just stutters in scenes with only extremely little animation going on, though it could be the PS4 Pro’s boost mode affecting the behaviour for all I know.

Dungeon crawling may not appeal to everyone since it caters to a particular niche, but Demon Gaze II is quite welcoming even if you have never played the 1st game. The corny and tropey interactions between our characters with some twists to the plot make the game more fun than what one can initially perceive it to be. It’s also worth commending how easy it is for people who are new to this particular genre to get a grasp of it thanks to the features it has implemented. This may be my 1st dungeon crawling game but thanks to this, it certainly will not be my last. 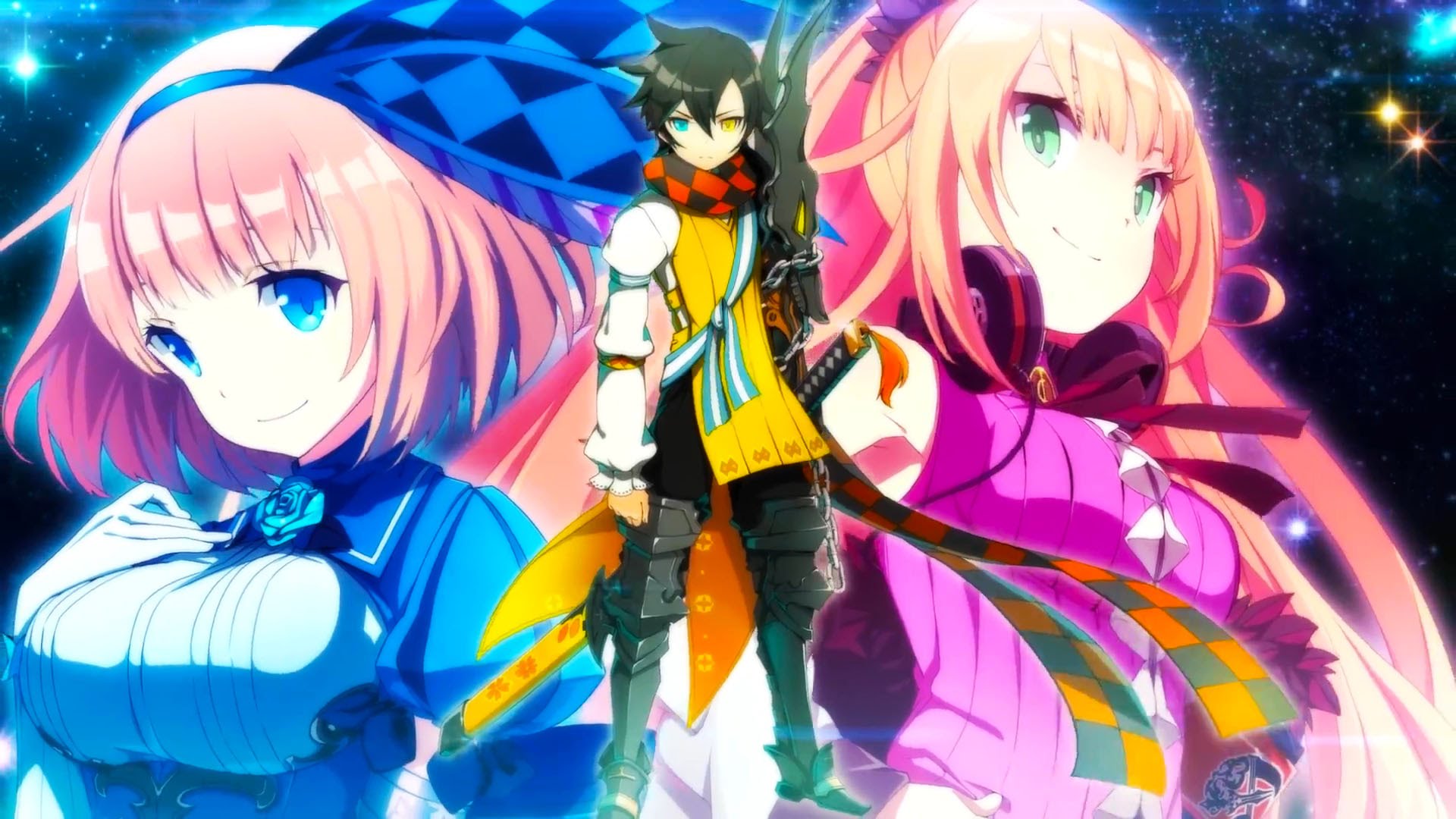