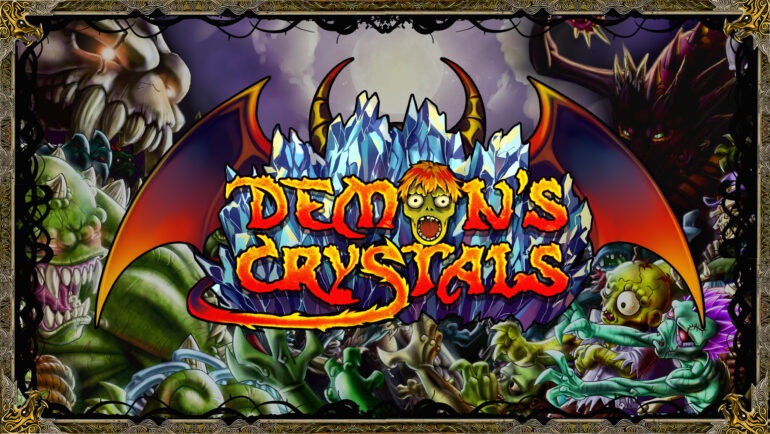 Devils in the making falls short in many ways.

Twin-stick shooters are fun, great ones include Destructive Creations’ Hatred (it might not be critically acclaimed, but I enjoyed every gore and experience), Tuque Games’ Livelock, and Halo: Spartan Assault. Each of these mentioned twin-stick shooters have variety, however, Demon’s Crystals somewhat killed that variety.

Let’s get something straight, a game like this needs to have great level design, purpose, and what I’ve stated in the last paragraph, variety. The twin-stick shooter genre will certainly have repetitive gameplay mechanics – in an isometric view, you aim with your right analog stick and fire then repeat. But what makes them great is the variation of each character that these games have. Demon’s Crystals shoved off what it means to be a twin-stick shooter with multiple characters.

You get to choose 4 different hot anime devils: Anara, Dryad, Taur, and Adora. These lovely ladies have distinct colors but nothing of them are appealing and unique. With the lack of ability/skill variations, all of them are just skins of one particular character. If you can tell me directly that Hatred is somewhat the same, I assure it’s not. Hatred has its own style to give players unique experiences. It has an arsenal of weapons for players to choose, a gut-killing finishing move, and a small sandbox map where you can venture and massacre people. Demon’s Crystals arcade-themed single-player experience is not an excuse for the lackluster gameplay experience.

Last year’s Ghostbusters was tad horrible, but it did have decent level design than Demon’s Crystals. You fight hordes of undead and gather crystals as your main objective. I don’t mind the repetitive tasks, but give at least some interesting stages to do them. Levels are on these small floating graveyard that mostly look somewhat the same in every angle. Mausoleums and crucifixes are placed differently in stages just to make these levels look different; even if the stages becomes different after boss fights, the fact that it still similarly looks the same is dire. Talk about repetition, it’s heavily tolerated in this badly made world of demons. It’s unbearable… not entirely, but it’s almost unbearable.

In every level, you have to complete the objectives that are time-bound (hence the word ‘arcade’ in the game’s menu). They’re challenging, most of the time, but it gets bothersome when you die without any indication that your health bar is almost drained out. Most isometric twin-stick shooters have this, and the lack of this add-on makes it look like the developers are just lazy to add a tiny little feature that doesn’t take a lot of time to implement. 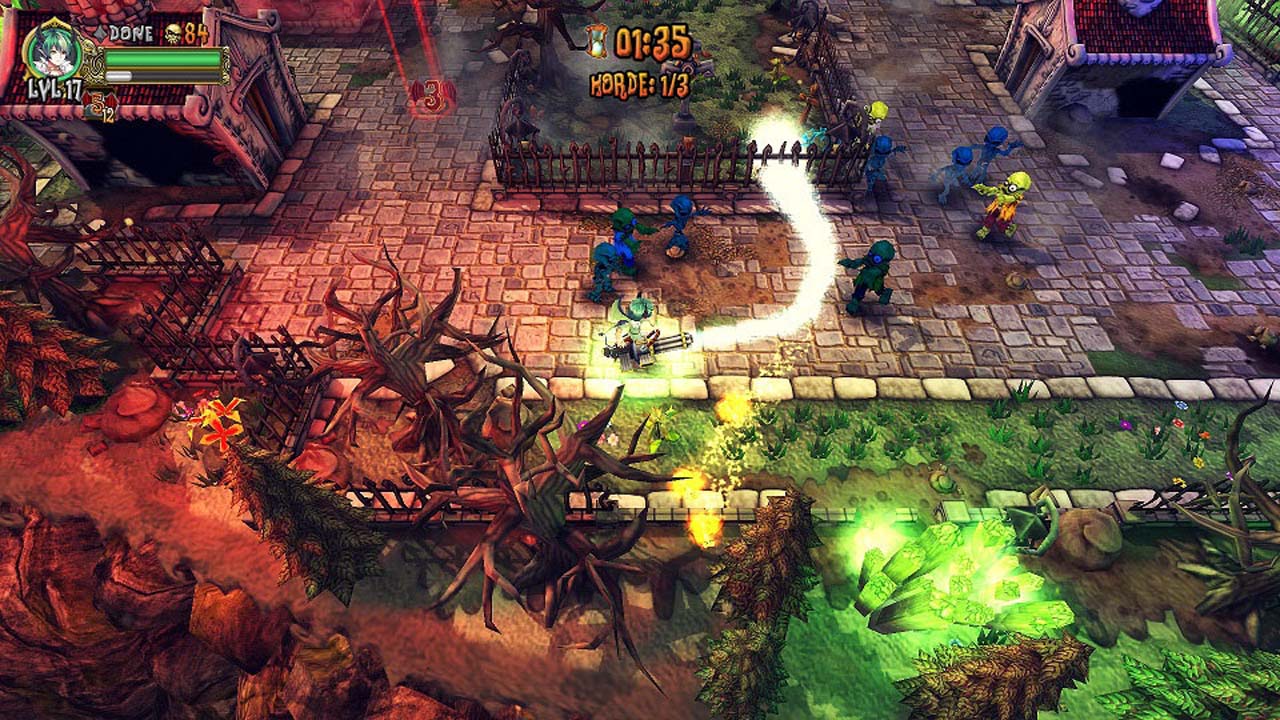 Lacking features and variety? Fine. Fortunately, there’s something I like about Demon’s Crystals, and those are its fluid controls and solid gameplay mechanics despite its uninteresting lack of variation for each character and flat level design. You simply pan the right analog stick to point which direction you want to shoot, and it automatically fires your weapon. That means no additional crap that like panning the analog stick and you press and hold the R2 button to shoot. As an arcade title like this, I like how it’s simple to understand how the control works and the power-ups you get to pick up.

I did mention “challenging”. Yes, even on Normal, the game can be fun in the later stages, especially boss fights. You get to oversee the flaws and absence of some features when you drag in 3 more of your friends in this unforgiving game that will eat you up with all of your frustrations, and then gobble you up and spit you out in some occasions. This is actually the best part of Demon’s Crystals: its multiplayer side. You get to pair with one of your friends and go up against another pair of your buddies.

There are only 6 multiplayer modes: Seize the Large Crystal, Survival, Crystal Quest, Versus, Deathmatch, and Kill The Enemies. These modes are fun, and it makes a lot of sense that Demon’s Crystals is a game for couch co-op. Seize the Large Crystal is the best out of the bunch next to Survival to play with your friends. It’s the kind of exciting “race” against the undead by breaking the barriers that holds the humongous crystal inside. But with the lack of online features, it’s a hugely missed opportunity.

Visually, the game looks archaicly cartoonish despite having anime characters that are best fit for cel-shaded visuals like Persona and Naruto: Ultimate Ninja. The characters look awfully dated that looks similar to most PlayStation 2 games out there – it’s not bad if Demon’s Crystals was released before the PS3, it could have been a decent title; but for a system like the PS4, how about add some improvements to this port since it was initially released on PC and Android last year. Don’t get me started to talk about its music, it doesn’t fit the espionage-James Bond-esque tune so well as it sounds terribly off.

Demon’s Crystal is another flawed twin-stick shooter and is not even worth your time at all if you want to play this alone. The local multiplayer experience has shed some little hope in Demon’s Crystals, but the lack of online feature makes the game unconvincing unless if you like on-the-couch experience with friends.

A game where you had fun but in the end you still had a comment of “meh”.
Read our Review Policy here to know how we go about our reviews.