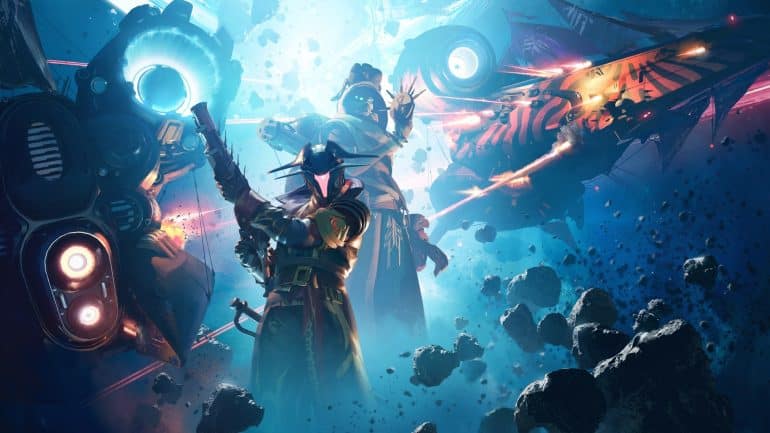 This is your Destiny 2 Weekly Reset for December 06 2022. It’s the eve of the new season and Bungie has yet to hype it up in any shape or form. Not even a teaser trailer. Be that as it may, the show must go on and we still have to keep track of the weekly activities and other important updates as per usual.

With that being said, expect the trailer to release a few hours before the season starts. We will add it to the article once it is available.

As stated by Bungie, “A new dungeon is on the way, and while we do want to keep the details close to the chest so that the day one experience can be exciting and new for all, we did – at the very least – want to share when you can get adventure-ready for Season 19.”

The new dungeon will launch on December 09 at 9 AM PST, or the first Friday of the new Season.

Update: The Spire of the Watcher Dungeon has launched.

Since we do not know what the rotation looks like at the moment, we will be updating this article as soon as we get an update. That includes what the Nightfall Weapon for the week is, the Lost Sectors for the week, and the Dares of Eternity rotation.

It is also worth noting that starting in Destiny 2 Season 19, Deep Stone Crypt will get craftable weapons. You should be able to start getting those as soon as the season starts but we do like to remind everyone that the activity cannot be red-border farmable until Deep Stone Crypt becomes the featured raid.

This weekend, Xur can be found on the cliff overlooking the Winding Cove in the EDZ.
Just head North of the fast-travel spot and look for the cave that’s directly under his airship.

More Thain a Weapon I – Complete Week 1 of “More Than a Weapon.”

From the preview notification we got last weekend, we know that this week’s Nightfall will task Guardians to neutralize Kargen in the Insight Terminus Strike.

Unfortunately, we don’t know what the featured Nightfall weapon is yet. There is a chance that it can be one of the two weapons coming into the rotation, which are the Wendigo GL3 Heavy Grenade Launcher or the Hung Jury SR4 Scout Rifle. We can’t say for sure until we know for certain. We will update the article once we do know.

This week sees the return of Rift in the Destiny 2 Crucible playlist. This game mode will have you patiently waiting for movement as both sides contest over a Spark that they’ll need to obtain in order to score a point. Getting there and claiming the Spark is only half the battle. Surviving with the Spark while the opposing team lives is a completely different matter.

This week sees us return to the Dreaming City for the Last Wish Raid. One of the more challenging raids in the current rotation, you’ll have a keen mind to get through this one with a whole team on your back. As for this week’s featured Dungeon, we remain at the Dreaming City to quell the nightmares Savathun left there in the Shattered Throne Dungeon.

Red Rover – Done during the 1st Encounter at Crypt Security, this challenge asks all players to be operators and shoot the two panels on the lower level (This challenge requires 3 phases).

Copies of Copies – Done during the 2nd Encounter aka Atraks-1, do not send any Debuffs into airlocks/space.

Of All Trades – Done during the 3rd Encounter or Taniks Phase 1, each guardian must do all three roles (Operator, Scanner, and Suppressor). Note: Players must complete a full phase with a buff for it to count.

The Core Four – Done during the fourth 4th Encounter or Taniks Phase 2, the challenge requires the Guardians to dunk all four cores before DPS phases.

Just cause there’s a new season, doesn’t mean the King’s Fall Challenge ends. For the first week of Destiny 2 Season 19, it’s going to be Devious Thievery. This tricky challenge, done during the Warpriest encounter, requires our Raiders to steal the Brand of the Initiate within seconds of obtaining the Brand Claimer buff. This one’s going to take some coordination.

Do keep in mind that this is the predicted set for this week. As with new seasons, this can change at the very last minute. If that is the case, an update will be made.

The featured faction armor sets from the Destiny 2 base game and Warmind:

Check out this video from Youtuber xHOUNDISHx where he also talks about the upcoming week’s activities for the first week of Destiny 2 Season 19.