Here's everything that's coming up after the Destiny 2 weekly reset for week fifteen of Season of Plunder. 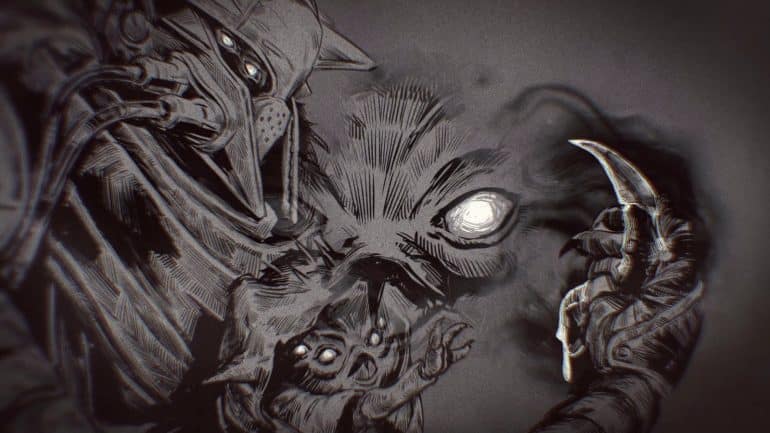 This is your Destiny 2 Weekly Reset for November 29 2022. We are now in the final days of Season of Plunder. And all we’ve got to say is that this season as a whole has been polarizing at best. It would seem like Bungie has put all its efforts into the future while handing out promises and IOUs. From the lackluster events to the growing concern within the PvP community, there is much that we must reflect on if things are ever going to change for the better.

As for the community event, it is best that you get everything from the personal track.

With that being said, let’s take a moment and show a little appreciation for the one bright side in an otherwise dull season of Destiny 2, Eido.

The end of season cutscene courtesy of Youtuber xHoundishx.

As per the norm at the end of every Destiny 2 season, all three of the game’s ritual activities – Crucible, Gambit, and Vanguard strikes will give out bonus ranks for players wanting to tie up loose ends.

This weekend, Xur can be found on the cliff overlooking the Winding Cove in the EDZ.
Just head North of the fast-travel spot and look for the cave that’s directly under his airship.

The final featured Nightfall for the season will be the Fallen SABER strike on the Cosmodrome. This is quite fitting because of the increased chatter of a -REDACTED-themed season 19. But who knows, we won’t be getting any new information until the next weekly reset has finished.

If we’re not mistaken and the info is correct, the last Nightfall weapon for Season 18 will be the Duty Bound Auto Rifle. This will be the final time we can get this weapon before Bungie vaults the weapon for a good long while. If you haven’t gotten one with a nice roll, now’s your last chance for the foreseeable future.

Like how it was at the start of the season, Team Scorched returns to the Crucible playlist. So bring your largest scorched cannon and celebrate the last days of season 18 with a BANG.

For the last time this season, the Vow of the Disciple Raid will be the featured raid. Rhulk, disciple of the Witness, is starting to stir within his trapped space. The Witch Queen’s binds are shaking loose and he plans to take out all his rage on the Guardians. Also, the Prophecy dungeon will be the last featured dungeon for the season. This dungeon asks all who enter it a simple question: “What is the nature of the Darkness?”. It can be accessed at any time from the Legends Tab on the Destinations screen.

Vow of the Disciple Challenges

The last challenge for the King’s Fall Raid this season is called, Grass is Always Greener. This is done during the Totems encounter, and it asks members of the raid team to not take the same brand twice to the same totem. Raiders wanting to accomplish this challenge will need to rotate between the left and right totems for the whole encounter. One of the easier challenges, for sure.

The featured faction armor sets from the Destiny 2 base game:

The featured weapons from the Season of Arrivals and Worthy:

Check out this video from Youtuber xHOUNDISHx where he also talks about the upcoming week’s activities for the fifteenth and final week of Destiny 2 Season 18.