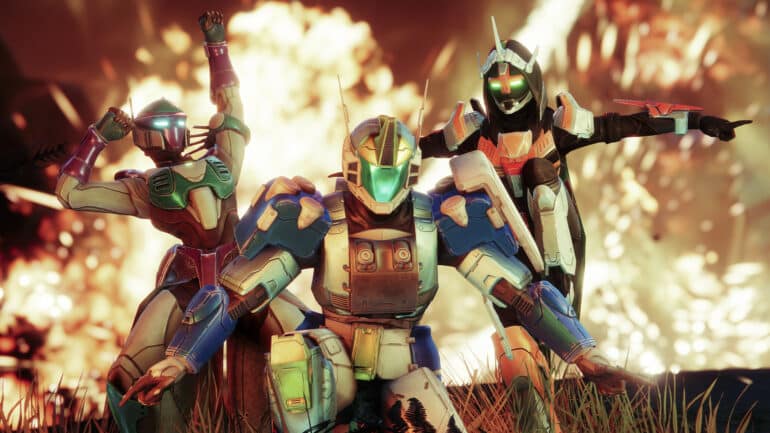 This is Destiny 2 Weekly Reset for October 18 2022. This week we are taking a break from season 18’s story and instead spend the next three weeks trying to frantically fill out our event cards for this year’s Festival of the Lost. (Also, congratulations to Team Mech. Can’t wait to start wearing my event armor and having spooky times with it on.)

The newest Update 6.2.5 will go live shortly. The changes include balance changes to many of the game’s weapons. There are too many to list but if you’re looking for a summary, best to have a look at Bungie’s website. Just ask for Mercules.

Ok, that’s all for announcements. Let’s go through what we can expect in the ninth week of Season 18 after this week’s Destiny 2 Weekly Reset.

Alright, we’ve had a fairly exciting ride so far with this season’s storyline. So here are the broad strokes for everything that’s happened so far in bullet form:

And that’s it for the story recap. Check back with us again for the latest in the Destiny 2 storyline as we prepare to go toe-to-toe with the Witness. There are also rumblings of a community event involving the Eliksni quarter, so do watch out for that should it come to pass.

We are now on the eve of this year’s Festival of the Lost. There will be lots of things to try out and achievements to earn for players both old and new to Destiny 2. We are getting a new seasonal activity to go along with our brand-new Event Card.

This week also sees a bonus added to Vanguard activities.

This weekend Xur can be found on the cliff overlooking the Winding Cover in the EDZ. Just head North of the fast-travel spot and look for the cave that’s directly under his airship.

This week’s featured Nightfall will be the Fallen S.A.B.E.R. strike. Always a fun one especially when you’re spelunking through the interior of the AI Warmind, Rasputin. (Careful with the alternating electrical spikes.)

You can also take advantage of this week’s bonus to Vanguard Ranks.

Additionally, this week’s Nightfall weapon is the Duty Bound Legendary Auto Rifle. A solid choice especially when you have the right Champion Mod equip for the job.

We are getting Clash back into the Crucible rotation this week. Death Match in its purest. Pile on the pressure for 10 straight minutes of back-and-forth PvP. Unless Lord Shaxx has seen enough and calls the match early after looking at the lopsided score. Destiny 2 is a fun game.

The no team version of Trials of Osiris is up for this weekend. Good luck, Guardians.

This week’s encounter is Hands Off. This challenge takes place during the Ornx encounter and it sees the raid team not being allowed to kill the same Ogre or Light Eater Knight throughout the encounter. So your team will have to rotate and coordinate kills. Good luck with that one.

The featured faction armor sets from the Destiny 2 base game:

The featured weapons from the Season of the Worthy and Arrivals:

Check out this video from Youtuber xHOUNDISHx where he also talks about the upcoming week’s activities for the ninth week of Destiny 2 Season 18.