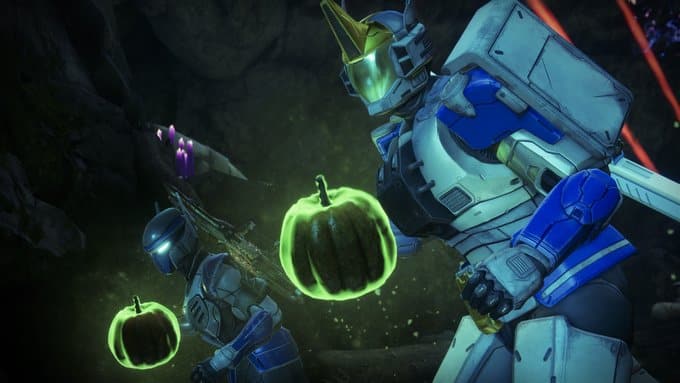 This is your Destiny 2 Weekly Reset for October 25 2022. The first week of the Festival of the Lost 2022 had a rocky start. Personally, it may have more to do with the tedium of repeating the same activities over and over again to get both Candies and Spectral pages. The grind for season weapons too was cumbersome when compared to getting that Something New last event. But enough with the rants, let’s go over what we can expect for Destiny 2 this week starting on October 25.

But before all that, let’s see what hotfixes Bungie intends to implement with this week’s Hotfix 6.2.5.1.

Festival of the Lost Event Card

This week sees the last of the seasonal challenges to be added to the triumphs tab. Remember, even if you’re going for the season title, there’s still Bright Dust to be gained from certain challenges.

Much like last week, we won’t be having any seasonal story updates. Unless Bungie announces something in the near future, don’t expect anything until the second week of November.

As for this week, players will have a chance to earn additional rank points when taking part in Trials of Osiris matches this weekend. I suggest bringing your fiercest Destiny 2 Festival of the Lost helmet too for maximum intimidation.

This weekend Xur can be found hanging around his favorite branch overlooking the Watcher’s Grave on Nessus. Once you’re planet-side, head North along the cliff face, and once you start seeing the roots, go up to reach Xur.

The Featured Nightfall for this week will The Disgraced. A classic strike that many First Light players remember, this mission sees us taking on Navota and the Hive for the final time.

This week’s Nightfall exclusive weapon drop will be the Militia’s Birthright. With the right rolls, this grenade launcher can easily stun a champion. Killing them, however, is a different matter altogether.

Team Scorched will be the featured game mode for this week in Destiny 2. Pick up your scorched cannons and lead your shots perfectly in order to dominate this chaotic team-based mode.

Trials of Osiris returns this Friday and with it, comes bonus rank points for all PvP enthusiasts for the rest of the week.

This week’s featured Raid is the Vow of the Disciple. Rhulk, disciple of the witness beckons the Guardians to their demise. Also, the Pit of Heresy is the week’s featured Dungeon. One of Destiny’s earliest dungeons, this takes puzzle-solving and platforming to near-comical levels.

Vow of the Disciple Raid Challenges

This week’s Destiny 2 King’s Fall Challenge is Grass is Always Greener. This tricky challenge takes place in the Totems encounter at the beginning of the Raid and it sees our players not being able to make consecutive trips with the same brand. They’ll need to rotate between the left and right rooms in order to complete the challenge.

The featured faction armor sets from the Destiny 2 base game and War Minds:

Now that we’ve sorted through this week’s activities, let’s head over to Tess and see what has on offer in exchange for Bright Dust. And for those of you who were brave enough to spend 6,000 Bright Dust on the seasonal event armor, (Guilty as charged!) let’s hope you’ve recovered enough to have a look at this week’s additions to the eververse store.

Check out this video from Youtuber xHOUNDISHx where he also talks about the upcoming week’s activities for the tenth week of Destiny 2 Season 18.