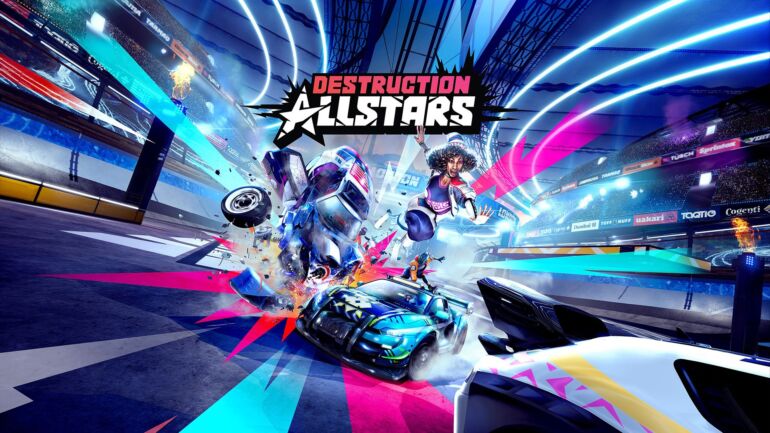 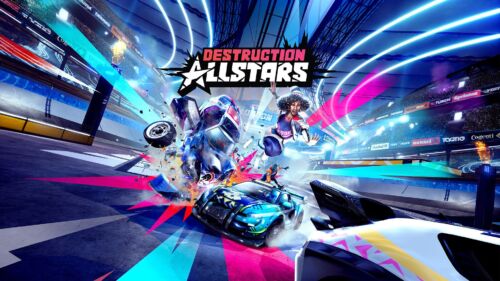 A day long wrecking cars from left to right, I wanted Destruction AllStars, Lucid Games’ latest release, to give me the ultimate catastrophe among cars. Games like Destruction Derby is the epitome of destruction. Despite having a great idea to showcase this as a PS5 exclusive that would attract more to subscribe to Sony’s PlayStation Plus, Destruction AllStars is simply just not the game that I expected it to be.

The game tries so hard to have it all — the fun, mayhem, and competition — but Lucid Games fails to fulfill most of these in Destruction AllStars.

Destruction AllStars’ gameplay is simple but hard to master. You can easily speed up and bump into an opponent’s vehicle to deal damage. It’s like bump cars with colorful cartoonish characters to choose from who have certain abilities that can boost one player’s winning chance. You simply have to press the right analog stick to left or right or up to boost based on the direction you’re aiming at. It’s like a power slide that amplifies the attack dealt to your opponent. So if you have a better speed than your enemy, you’ll likely have a greater chance of inflicting damage to your enemy. It’s all about timing, while you will take a little bit of time getting used to it before winning more games, Destruction AllStars is just fun when mindlessly crashing your car into another.

After you jump off the starting platform, you’ll have a couple of vehicle types to choose from. You have to rush to the closest car and get it before another player does. I have to tell you, the cars are random. You will either get a Sedan or an SUV after you land on the ground. So if you’re lucky, you get to hop into an SUV, you’ll have greater car health points (HP) over the smaller ones like Sedans or something like a Volkswagen Beetle.

When you take heavy damage, you will have the chance to jump out of your car and look for another one to drive. You have to wait for another round of cars to appear on the map in the hope of getting that SUV. Meaning, you will be exposed in the arena for other players to run you over to knock you out of the game. It’s hilarious and exciting to dodge incoming cars while waiting for that moment when the game spawns another vehicle for you to take. I love it how you’re still given the chance to survive and wreck your rivals when your first car is destroyed. This gives players a fair chance of winning at least.

What makes the experience entertaining are the abilities each of the 16 characters offer. You have an AllStar, what the characters are called, that takes advantage of blinding other players with smokes, there’s also an AllStar who can go invisible. The game calls hero car abilities as “Car Breaker”, and those character abilities are called “Hero Breaker”. Let’s take Shyft, for example. He has the ability to go invisible on foot and also his exotic-looking ride. As Shyft, you will have a greater chance of winning in one of the game modes called Gridfall since you’ll have better positioning and the element of surprise. Then the game also has Fuego, the maniac who loves burning stuff. So whenever you activate his Car Breaker, anything you hit will catch fire and will deal damage over time.

These character-specific ultimate and abilities are a breath of fresh air as it provides different kinds of experience in any of the modes. There will be a time when you’ll laugh outrageously just because you managed to knock out an opponent by simply hanging out in a corner as Shyft and pushing them off the edge in Gridfall. The only issue I have with these characters is the lack of depth in their personality. While you get to see them have their own distinct animations pre-game and voice acting, you will be disappointed to know that’s all there is.

Games like Destruction AllStars heavily rely on their core gameplay and controls. You’ll have the most basic goal — to destroy. That’s it. It’s the core of their main mode, Mayhem. You’ll earn points by simply doing that. You hit and run other players, use Car Breakers to gain more wreckage and damage, get another car when its HP is low, then repeat. It’s entertaining while it lasts but it gets awfully boring after an hour or so. Despite that, game modes like Gridfall, Carnado, and Stockpile offer that little variety of objectives. Carnado and Stockpile focus more on team-based play as each of the team will have to gather as many Gears as possible to win after the timer runs out. What’s the difference? Carnado is more of like sacrificing your vehicle that garnered gears by dealing damage and wrecking cars of enemy players into a literal tornado. While Stockpile has almost the same principle, but the players will have to wait for cars to get destroyed, pick up Gears and deposit them into one of the banks.

I didn’t get much excitement when playing in any of the three modes, but Gridfall is one that I enjoyed the most. It’s like a mini-battle royale game with 15 other players. In order to win, you will have to be the last man standing. The hexagon-shaped platforms randomly collapse and will force players to play carefully as the arena becomes more difficult to get around by. You can push players off the edge or bait them that would lead them to their demise, or avoid any encounters and survive. When you win in Gridfall, especially when you’re up against the last enemy player, the overwhelming satisfying feeling you get is just unbelievable — much like winning a game in Apex Legends or Fall Guys. This is why I prefer Gridfall over any other modes.

What makes Destruction AllStars frustrating is the fact that the controls are wonky. It doesn’t seem to respond the way you want it to be. The sensitivity when you turn left or right is cumbersome. Especially when you don’t have the capability to move your camera around since the power thrusts are mapped to the right analog stick. I’ve tried checking the controller bindings and it’s unfortunate to say that there’s no way for us to use the right analog stick for camera movement. The red markers that would give you an idea where the enemy players are don’t seem to work for me. It gets confusing to look at when there’s a lot of red arrows surrounding your car/character.

Another thing to point out is the use of adaptive triggers. I welcome the added feature especially when there’s tension when you pull L2 and R2 when accelerating and decelerating, however, it doesn’t add any immersion aside from it being a nuisance. I disabled this by going through my PlayStation 5’s settings since the game doesn’t give me the option to turn it off.

Destruction AllStars showcases most of the PlayStation 5’s features — that includes the ultra-fast load times when you play the offline game modes, the fantastic visuals with ray-tracing enabled, the DualSense adaptive triggers, and a little bit of its haptic feedback. However, as a game that launched a few months after the PlayStation 5’s release, knowing most of the console sales are going to the scalpers, the Japan server is almost like a ghost town. I never get queued up with other players in any of the modes compared to the US Central server — the only problem that I have is the latency, it’s awful and quite noticeable when you’re playing from Asia.

This is a game that relies significantly on microtransactions. They even gated off the second Challenge Series, which is technically the game’s story-based mode, behind a paywall that costs 200 DP. You will have to pay a minimum of USD $4.99 to get 500 DP to unlock some of the levels. I completely get that this game is a PlayStation Plus exclusive and that there’s no way to buy the game yet with actual money, but this is not worth USD $69.99 (announced by Sony in case if you’ve missed it) based on the content we have at moment. The gameplay is fun, but it wouldn’t last. I would rather have this stay as a PlayStation Plus exclusive or make it free-to-play.

Destruction AllStars can be memorable but it’s not one of those exclusive launch games that would make an impact. I’m afraid that with the content Destruction AllStars has to offer, it will not be enough for players to stay and play for a long time, the game needs more horsepower to convince PS5 owners to buy it after it’s out of PlayStation Plus. We might see another live-service game going downhill in just a few months especially with the price-tag of $69.99. Until this becomes free-to-play, I don’t see the game living beyond a year with a decent amount of players behind the steering wheel. 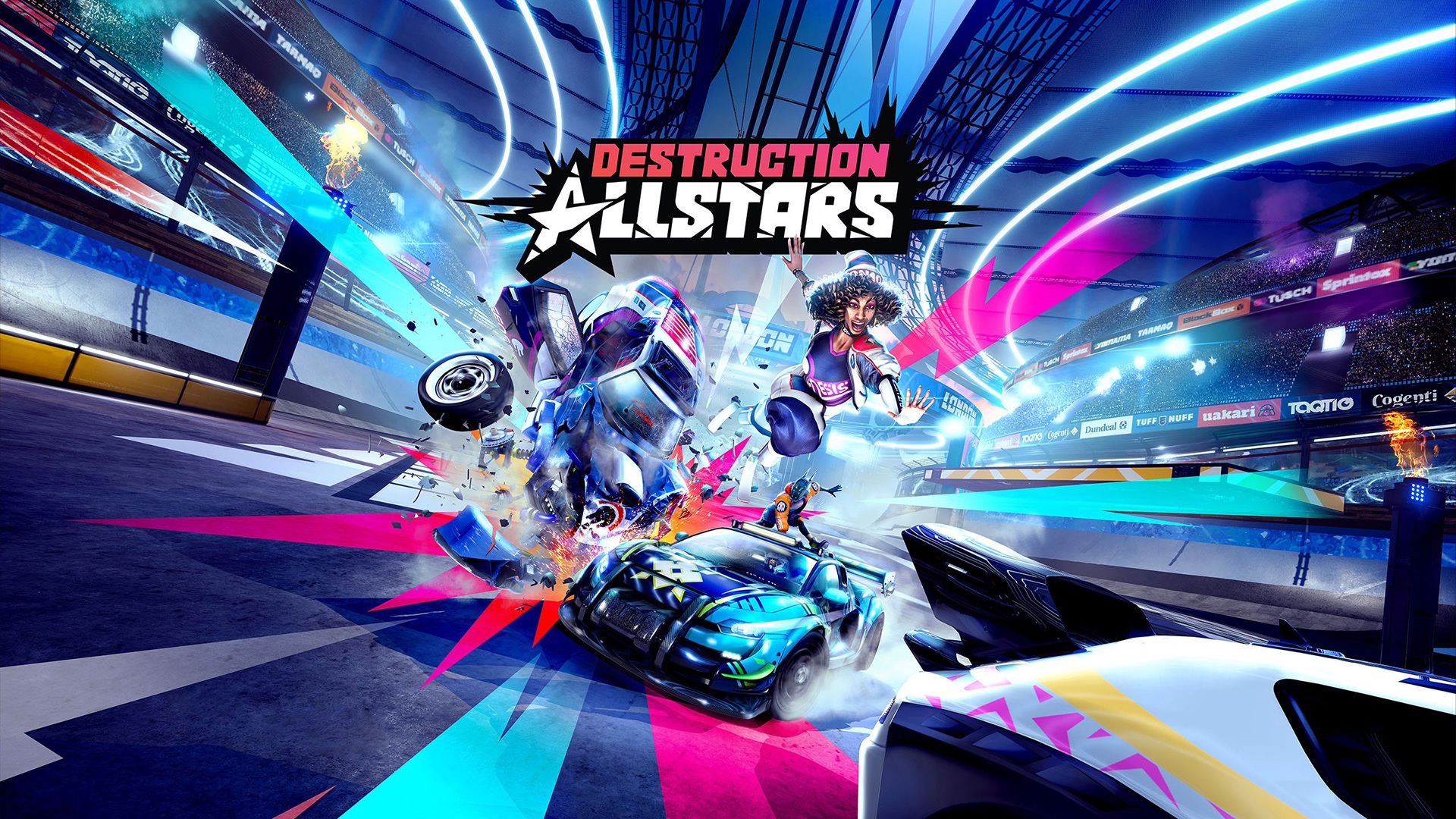 Destruction AllStars – Review
Score Definition
You better have to choose if it’s worth spending your spare cash, because it might not be the game for you and it might be for others.
Pros
Pure destruction
Tons of playable characters
Gridfall mode
Great Visuals
Cons
Lackluster content
Single-player mode gated behind a pay wall
Long queue time for Japan servers
Wonky Controls
Not worth the USD $69.99 price tag
6
Justified