Built for PC and consoles audiences. 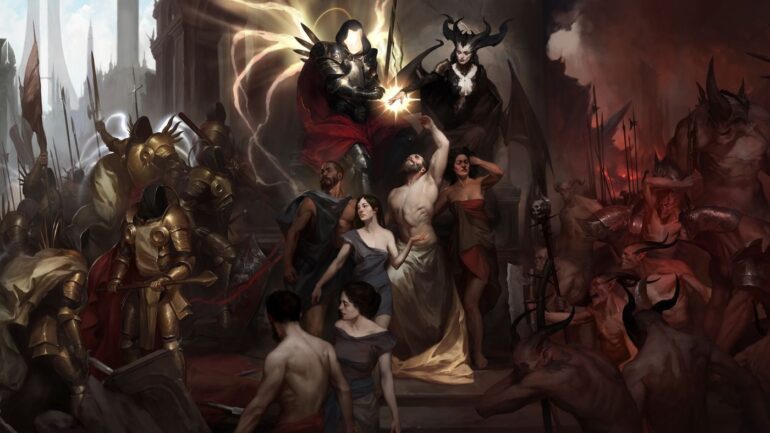 Blizzard Entertainment has recently responded to concerns about Diablo 4.

Blizzard recently revealed a new trailer during Xbox and Bethesda Game Showcase yesterday and it featured the final class joining the game, the Necromancer. After that, some new gameplay was shown, where some fans were actually concerned over something.

After the big controversy with Diablo Immortal, players are now worried if Diablo 4 will be the same as well: full of microtransactions. Here is what Blizzard has to say.

“To be clear, D4 is a full price game built for PC/PS/Xbox audiences,” said Franchise Executive Rod Fergusson in a tweet. “We are committed to delivering an incredible breadth of content after launch, for years to come, anchored around optional cosmetic items and full story driven expansions.” He then promised to reveal more details at a later time.

Blizzard President Mike Ybarra reshared the tweet and captioned it 100%, meaning he wholeheartedly approves this. The game company is really selling it hard that the cosmetic items will be optional, there will be fully story driven expansions in the future, and it will be game for a full price. Compared to Diablo Immoral (ehem Immortal), they are saying this will not have microtransactions. Or maybe they are saying player will not be FORCED to pay for optional content and will still enjoy a full game.

Diablo’s Global Community Lead Adam Fletcher is saying the same thing on his tweet. He is saying that Diablo 4 is going to be a full price game that will be built strictly for PC/console audiences. He even says that the game will be hugged and will have tons of content after launch for all players. Again, he also points out that the paid content will be built around optional cosmetic items and future full expansions.

Diablo 4 launches sometime in 2023 for PC, PS4, PS5, Xbox One, and Xbox Series X/S. It will have full cross-play and cross-progression across all platforms.