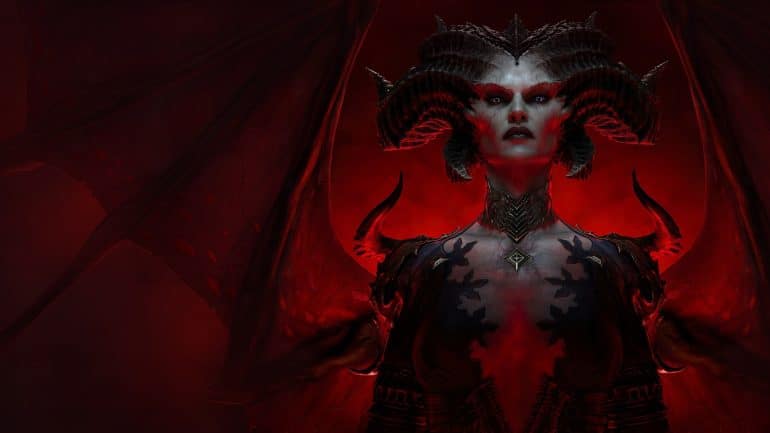 Developer Blizzard Entertainment has announced a release date for Diablo 4.

The trailer teased a little bit about Azazel and Lilith. At the end of the trailer, the Diablo 4 release date was announced – the game is set to release on June 06, 2023.

“We are excited to soon be opening the gates to our most brutal vision of Sanctuary yet with Diablo IV,” said Rod Fergusson, general manager of Diablo. “We are bringing the darkness of the original game, fusing it with the progression elements of Diablo II and the visceral combat of Diablo III, culminating in the vast, active overworld of Diablo IV, which has been built to be supported for years to come. Players will have more choices than ever before as they battle unspeakable horrors, explore dungeons, collect Legendary loot, and uncover what the return of Lilith, the Blessed Mother, means for the world of Sanctuary.”

The demon Lilith and the angel Inarius united to create the world of Sanctuary in their desire to escape the Eternal Conflict between Heaven and Hell. But now, decades after the events of Diablo III: Reaper of Souls, they are bitter enemies who have resorted to war against each other with their respective followers. The lands of Sanctuary have become plagued with ceaseless demons, and only the most steadfast of heroes will be able to hold in the face of darkness. Players will enter the world with their choice of five classes—the shapeshifting Druids, agile Rogues, elemental Sorceresses, brutal Barbarians, and cunning Necromancers. As players grow in power, they can build their gameplay experience in directions that appeal to them, experimenting with skill trees to showcase complimenting spells and abilities.

Debuting in the Diablo universe is an expansive overworld. Players will drive back the demons of Hell across the diverse zones of Sanctuary—the snow-frosted forests of Fractured Peaks, the windswept highlands of Scosglen, the festering swamps of Hawezar, the barren wastelands of the Dry Steppes, and the deserts of Kehjistan, home to the central city of Caldeum. The non-linear experience consists of a captivatingly epic story, over 140 dungeons, side-quests, and a plethora of loot. Mighty World Bosses will emerge, taunting players to defeat them in groups for a chance at their spoils, and Strongholds stand in wait for heroic adventurers to claim once again for the citizens of Sanctuary.

Also advancing the world-class ARPG experience is a robust end-game system, where players will continue to grow in power as they take on a medley of challenges. There’s the grueling Helltide, a regularly occurring event that brings a surge in demonic activity to Sanctuary, new ferocious and particularly challenging Nightmare Dungeons, an updated Paragon Board system to continue customizing heroes to new heights of power, Whispers of the Dead which grant Legendary rewards for selected world bounties, and Fields of Hatred offer designated grounds for building PvP renown.

Diablo 4 is available for digital pre-purchase as a Standard edition ($69.99), Deluxe edition ($89.99), and Ultimate edition ($99.99). Each digital edition includes one or more items to enlist against the Hellspawn that plague Sanctuary:

The devout can also purchase the Diablo 4 Limited Edition Collector’s Box($96.66), which includes a double-sided electric Candle of Creation, a cloth map of Sanctuary, an Occult Mousepad, a pin of the Horadrim, two matted fine art prints (18.54” x 10.79”), and a Diablo 4 Collector’s Edition Art book. Available for pre-purchase starting December 15 from the Blizzard Gear Store,