I Didn’t Regret Buying an Xbox One for Christmas 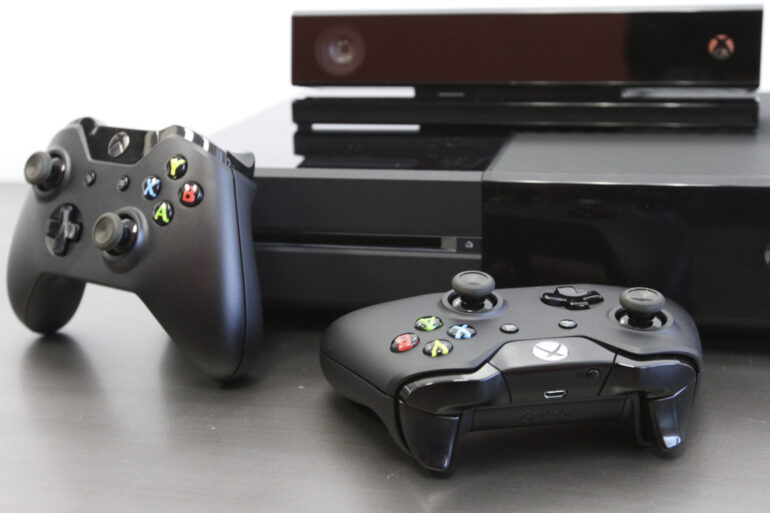 It’s been 3 years since the release of Xbox One, and now we have entered 2017. I was never a fan of console wars (not even participated in any debates online/IRL), not ever. Gaming was all about having fun, to be immersed, to be entertained, to relax, and to be away from reality for a sheer amount of time. Just like movies, books, and music, video-games are all the same: entertainment.

I know not everyone would agree that every platform is equal, to some there are superior platforms like the glorious PC Master Race for its flexibility and intense power to set video-games at its maximum configuration: the graphics and resolution; but for some, especially who can’t afford or who can, it’s all about experience and gameplay, and the games. Yes, high visual fidelity is considered to be part of the gameplay, but without a solid core gameplay mechanic, it’s just a “pretty face without brains”.

To totally eliminate this sense of “console/platform” wars in my gaming life permanently, I recently bought a mint-condition second-hand Xbox One (not the S) for Php. 13,500 (USD $270). And now I own all three platforms: PC, PS4, and now the Xbox One. There’s going to be this question lingering around you right about now: what’s the point of writing this piece of bullcrap? Well, in this world, we have the freedom to express our opinions to let everyone know what we think. It’s purely subjective, not everyone will agree to it, but some will… I hope?

Let me now continue, along with the package of this great deal, it has 6 games and a limited Cortex Xbox One Controller. And these games are: Forza Motorsport 6, Halo: The Master Chief Collection, Gears of War: Ultimate Edition, Wolfenstein: The Old Blood, Metal Gear Solid: Ground Zeroes, and Titanfall. I’ve been following some of the stories of Gears and Halo, and since I’m a PS guy, I didn’t have the luck to play these awesome titles back then. I was enticed when I started my journey in the world of Halo first. I can’t also wait to finally finish where I left off from Gears of War 1.

Why didn’t I just save for the upcoming Nintendo Switch? I mean, the console will launch in a few more months, it’s new, and it’s a hybrid console! The Switch can wait a couple of months after its launch date. I don’t really mind if I don’t get to buy it Day One. Or wait… why not the PS4 Pro? It has more power and can play in 4K Resolution, more raw power, blah blah. Hold your horses mate, my PS4 is still alive and well, and that the games are still being developed for both Standard and Pro, I don’t have any reasons to get one just yet.

I didn’t regret my decision of buying an Xbox One as a gift to myself for Christmas. It might just offer 900p in terms of resolution, a little inferior in terms of raw power from the PS4, but what can make me buy a platform are its exclusives and its features. We all know 2016 was a hard year for Microsoft. There hasn’t been any strong first-party titles aside from Halo 5: Guardians, Gears of War 4, and Forza Horizon 3. ReCore was a bum, one of the most anticipated titles on Xbox One that didn’t meet the community and critic’s expectations.

But what also encouraged me to buy an Xbox One aside from exclusives was its backward-compatibility. It’s rare nowadays, especially from Sony’s console, to have this kind of feature. When I say backward-compatibility, it’s the ability to play the previous generation’s physical/digital games on the current console. According to some sources, Microsoft already achieved 50% of its Xbox 360 library that are already playable on the Xbox One. This feature already made it possible for new comers in the brand to taste the great titles that were also exclusively released on the Xbox 360.

Sony’s PS Now is also a great feature, but it does have its own caveats: you need to have a strong and solid internet connection or you’ll experience delays/lags when playing older games. It defeats the purpose of playing old-games with a subscription-based feature instead of including that freely on the console especially that you already own the game. But still, I know how others would respond: it’s not easy to emulate games to play on the next-generation consoles. I know, I know. If they could have had this integrated, it would’ve been nice.

I already saved a lot of money from buying an Xbox One to play new games and old Xbox 360 games, really. Since I missed the whole 7th generation consoles due to monetary difficulties (I was a student back then and my parents weren’t able to afford any of the consoles), I had to buy myself a PS3 – that’s a few months before I bought my PS4 last year. I actually spent Php. 6,000 (USD $120) for my mint-condition second-hand PS3 and Php. 22,000 (USD $440) for my Metal Gear Solid V: The Phantom Pain Limited Edition PS4 bundle. That’s around Php. 28,000 (USD $560) in total already.

The point of this article is to let you guys know that I support gaming in general, why I had to buy an Xbox One, and that each platform has its own advantages; but what makes each platform unique aside from its features are its games. The games are the core of a platform; it’s the heart of each and one of those machines. Without the games, there wouldn’t be consoles, or gaming in general.

Console/Platform Wars are just purely idiotic and stupid. It separates the community into a really big gap, and I hope cross-platform multiplayer can slowly drain this never-ending fiasco of which platform/consoles are better. If you don’t agree, and that this endless war rages on and on, then I hope there will be a time when a little shed of light can wake you up.

You may call me a Sony/MS fanboy, or a console fanboy, or whatever you want to call me. In the end, I’m still a pure gamer at heart without any bias towards platforms. If developers/manufacturers can give me the best experiences I can get from their games and machine, I’m sure as hell to buy them.

This year is another great year for gaming, with the Switch coming on-board as the first next-generation console in March, Scalebound flies in, the Halo Wars sequel, Horizon: Zero Dawn is just in a month’s time, and Resident Evil 7 is just around the corner, it’s pretty much a great start of 2017.