Digital Video Games Should Be Cheaper

This format is the future... 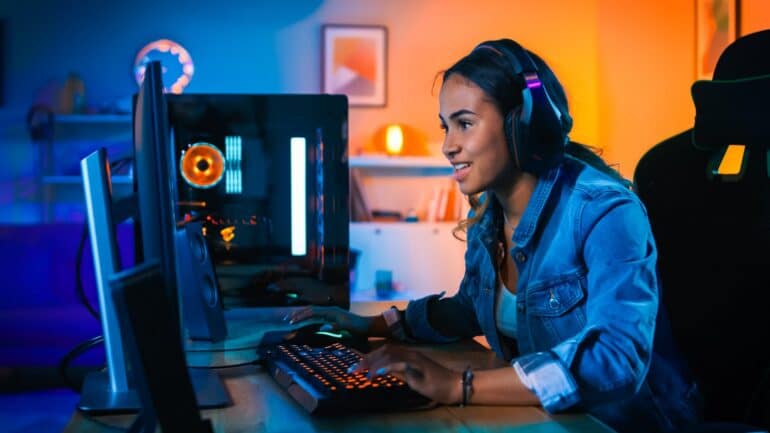 As a gamer, it’s sometimes hard to justify paying full price for games when you know, just around the corner, it will likely drop in price. Even if just for a few days, games are always going on sale, but unfortunately, that isn’t always the case for digital games.

I am not a patient gamer. I often purchase games at full price because I do not want to wait for them to go on sale, and sometimes I regret doing so. I usually purchase a game digitally because I have fast internet, and I’d prefer not to have to keep up with a physical disc or wait for it to be shipped to me.

Even for a game that is meant to arrive the day of its release, I’d rather stay up late the evening before and play the moment I am able at midnight. I am biased because of these things, but I think with the current trends in the way people play games, digital games should be cheaper than their physical counterparts.

Digital game sales have overtaken physical games in recent years. In 2019, Game Informer reported that “53 percent of all [PlayStation] game sales on the PS4 this quarter were digital, challenging the long-standing institutional knowledge that digital-only makes up about 20 percent of game sales.”

When creating a physical copy of a game, extra expenses for the case, printing box art, shipping the games to retailers, and logistics for sale must be considered while digital games are simply uploaded to a server and do not incur these same costs. We have even reached a point in the current gaming generation where both the Playstation and Xbox consoles have digital-only versions.

Furthermore, we live in a world where people value a less-is-more approach with physical belongings in an effort to do their part to help the environment. Digital games are clearly the way of the future, and it would be great if prices were lower for those who choose to purchase digitally.

Physical copies of games do have a sense of allure if you’re a collector or just enjoy displaying the games you have in a gaming room or gaming setup, and digital games don’t allow for that. You’re also able to sell, trade, or gift a physical game. While it’s not feasible to sell back a digital game, game sharing is becoming a feature that the current generation has started to allow for, though it does come with some limitations.

With digital, everyone is on an even playing field, and there are few instances where a rare and valuable edition of a digital game exists. The most recent and well-known “rare” digital game isn’t even a complete game, it’s the demo for P.T. from Kojima Productions. If you were lucky enough to download the demo and keep it, hold on to it! Some people have sold their PS4 with the demo for hundreds of dollars more than the cost of a new PS4.

What I hope the future holds for gaming is an even greater shift toward digital games, eventually more and more digital sales, and perhaps a cheaper base price versus a physical counterpart. For that to happen, physical game copies will have to continue to decrease in popularity, and I think eventually stores like GameStop will cease to exist or rebrand into something else, and honestly, it feels like that’s the direction they are going with their surplus of action figures, t-shirts, and pop culture merchandise.

Digital gaming is here to stay, and I will continue to purchase games digitally and pack my gaming backlog full of games that just want to be played.