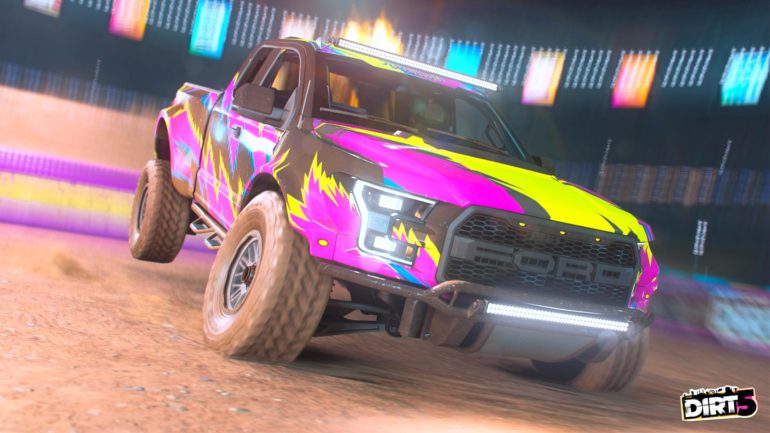 Since its launch on November 6, the game has gained critical acclaim from fans and critics worldwide. It has been praised for its diverse mix of game modes from traditional racing across global locations to innovative new Playgrounds and four-player split-screen. Also, it was praised for the implementation of the next-generation features on Xbox Series X/S and PlayStation that includes smooth 120 frames per second gameplay.

DIRT 5 offers a thrilling and accessible experience for players of all abilities, featuring 13 vehicle classes to race across 70 routes in 10 global locations. DIRT 5’s Career stars the voice talents of gaming icons Troy Baker and Nolan North alongside the effervescent duo of James Pumphrey and Nolan Sykes of Donut Media, as well as cameos from the world of gaming and motorsport.

“From the star-studded Career to our newest addition, Playgrounds, the team have put their hearts and souls into creating an exciting, action-packed, and most importantly, fun game,” said Robert Karp, DIRT 5 Development Director at Codemasters. “It’s humbling to see that critics and players around the world are enjoying their time with DIRT 5, no matter which platform they’re playing on.”

DIRT 5 is available now on Xbox One, Xbox Series X/S, PlayStation 4, and PC via Steam. The PlayStation 5 version is out now in North America, Australia, and New Zealand and will be launching on 19 November on in all other territories. A Google Stadia version will launch in early 2021. The game supports Xbox Smart Delivery and PlayStation’s free upgrade when players switch to an Xbox Series X|S or PlayStation 5.