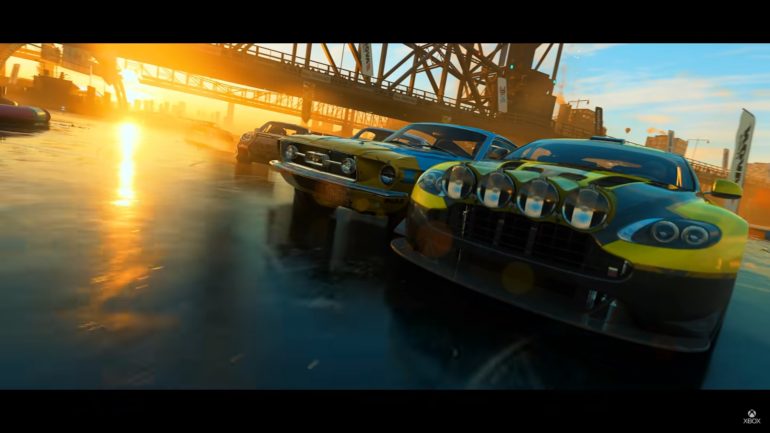 The Xbox Series X introduces a very new feature which will make it a big contender in the next-generation console race: the Xbox Velocity Architecture. It takes the next-gen’s SSD drive and hardware decompression to a whole new level.

With Xbox Velocity Architecture, the new custom SSD of the Xbox Series X will deliver speeds way better than the previous generations. It can provide 2.4 GB/s raw I/O throughput or 4.8 GB/s compressed. Compared to the Xbox One X, Xbox Series X is way better, 40 times better.

Dirt 5 Technical Director David Springate speaks his mind about the Xbox Velocity Architecture and his impressions on it.

Springate revealed that he is indeed interested in the Xbox Series X as a new hardware, but he is most impressed the new SSD drive and the hardware decompression capabilities in the Xbox Velocity Architecture.

The drive is so fast that I can load data mid-frame, use it, consume it, unload and replace it with something else in the middle of a frame, treating GPU memory like a virtual disk. How much texture data can I now load?

The new SSD Drive of the Xbox Series X is faster than anything Springate has encountered so far that he can do a lot of things in the middle of a frame. It is so powerful that the ability of texture data is now easy to do with the next-gen console compared to previous ones. Older generations need a lot of time to unload these rather large texture data, but with the new SSD Drive, hardware decompression capabilities and the Xbox Velocity Architecture, this can be done in a short time frame.

Springate is excited for the new hardware that could change the face of videogame development. He is looking forward to where game development is going to go from here.

Dirt 5 is coming to Xbox Series X and launching first to Xbox One on October 2020.