Learn the best Espers in Dislyte worth getting. 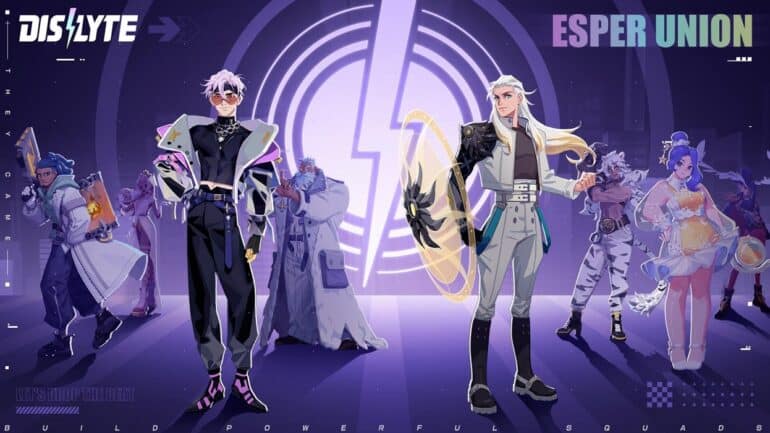 People are always looking for the best characters in the game which is why we made this Dislyte Tier List to rank which Espers are the cream of the crop. There are certain Espers in the game that are clearly better than others. Learn to build the best team by knowing who to bring into your party in Dislyte.

It’s always important to know who are the best picks for your team in Dislyte. You’ll be spending a lot of time grinding to level them up. You’re better off focusing on characters who will give you a bang for your buck.

We’ve separated Espers to different tier branches ranging from SS being the highest to D being the lowest. Here’s what they mean:

We’ve given more reasons as to why we picked the best in our Dislyte tier list. Keep reading for more info.

Clara is an Esper who is excels from beginning to the end levels of the game which earns her her spot at the top of the Dislyte tier list. She is an amazing support Esper that can heal allies, grant buff, and dispel debuff your whole team. It doesn’t take much to make her shine either. She’s a boon for any team and is hands down the best healer in the game.

Lewis can be a glass cannon especially if you’re not paying attention to his health, but he sacrifices health for attack damage making him an aggressive berserker. Make sure to pair Lewis up with a healer or else he can go down pretty easily. For offensive characters, he’s one of the best picks due to his high ATK damage in this Dislyte tier list.

Sally is one of the best healers in the game if you’re looking for an alternative from Clara. She can provide defensive buff, remove debuffs, and even increase the attack power of her allies making her quite a competitive pick. Sally just trails a bit behind Clara as her Resist buff isn’t as useful as a Defense buff.

Gabrielle is a great support Esper who can buff your team and debuff the enemy team making her a great pick for PVP combat. She’s great for supporting your team if you need a support Esper that doesn’t necessarily heal. An excellent pick for this Dislyte tier list.

Ye Suhua is a great support Esper notable for her ability to shield an ally with Invincibility allowing them to survive a turn. It’s a life saving ability especially if your attacker is on low health. A good pick for a support Esper in our Dislyte tier list.

Donar is a hard hitting DPS Esper who can sacrifice his DEF for more damage. It can be a bit of a risky gamble, but Donar can wipe out any opposition with his strong heavy damage to all enemies. Donar can quickly regain back his lost DEF anyway after inflicting an enemy with a brutal attack. A great Esper for taking on crowds and farming in this Dislyte tier list.

How to Get New Espers in Dislyte?

You have to roll for new Espers in Dislyte. It’s a gacha game so you have to put forward real world money if you want to get the best Espers.

At the beginning of Dislyte, you’ll get 10 free rerolls. If you’re not satisfied with the Espers you got from those, you can take advantage of a technique to infinitely reroll your characters at the start of the game. Simply select Initialize Account under the Dislyte Account Service.

That’s our Dislyte Tier List! We hope this article helped you learn who the best Espers in the game. You’ll have to spend some time grinding for them to reach higher levels so you need to know who’s worth your time.

Some of the Espers in Dislyte can be quite expensive to get. If you’re looking to be frugal, then Volkin from Youtube has a Dislyte tier list of the best free Espers in the game.