Experience an adventure with Woody and Buzz! 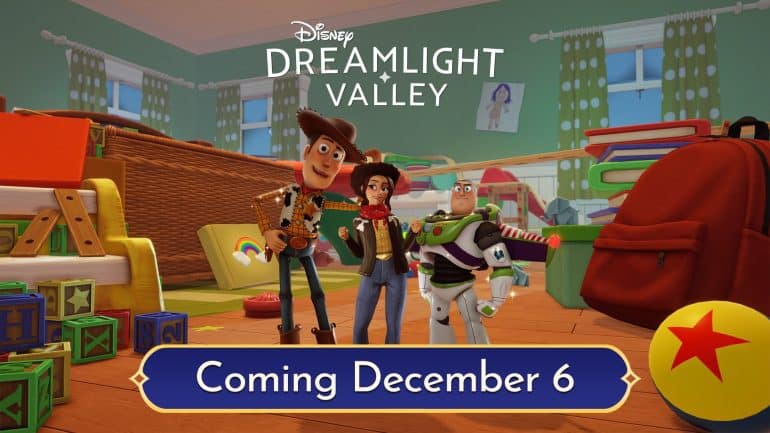 Disney Dreamlight Valley’s next major content update finally has a release date and it will now introduce the new Toy Story realm. This update will introduce popular characters like Buzz Lightyear and Woody. It will be available this coming December 6, 2022.

The Toy Story realm was first shown to Dreamlight Valley players way back in September 2022. It featured a recreation of Andy’s childhood bedroom. It showed how players will be teaming up with Woody and Buzz for a brand-new Toy Story adventure. It also teased that there will be new cosmetics inspired by Buzz and Woody.

Disney Dreamlight Valley’s Toy Story update will be available on all platforms when it arrives on December 6, 2022. The game is now available on PC, PS5, Xbox Series X/S, and Nintendo Switch.